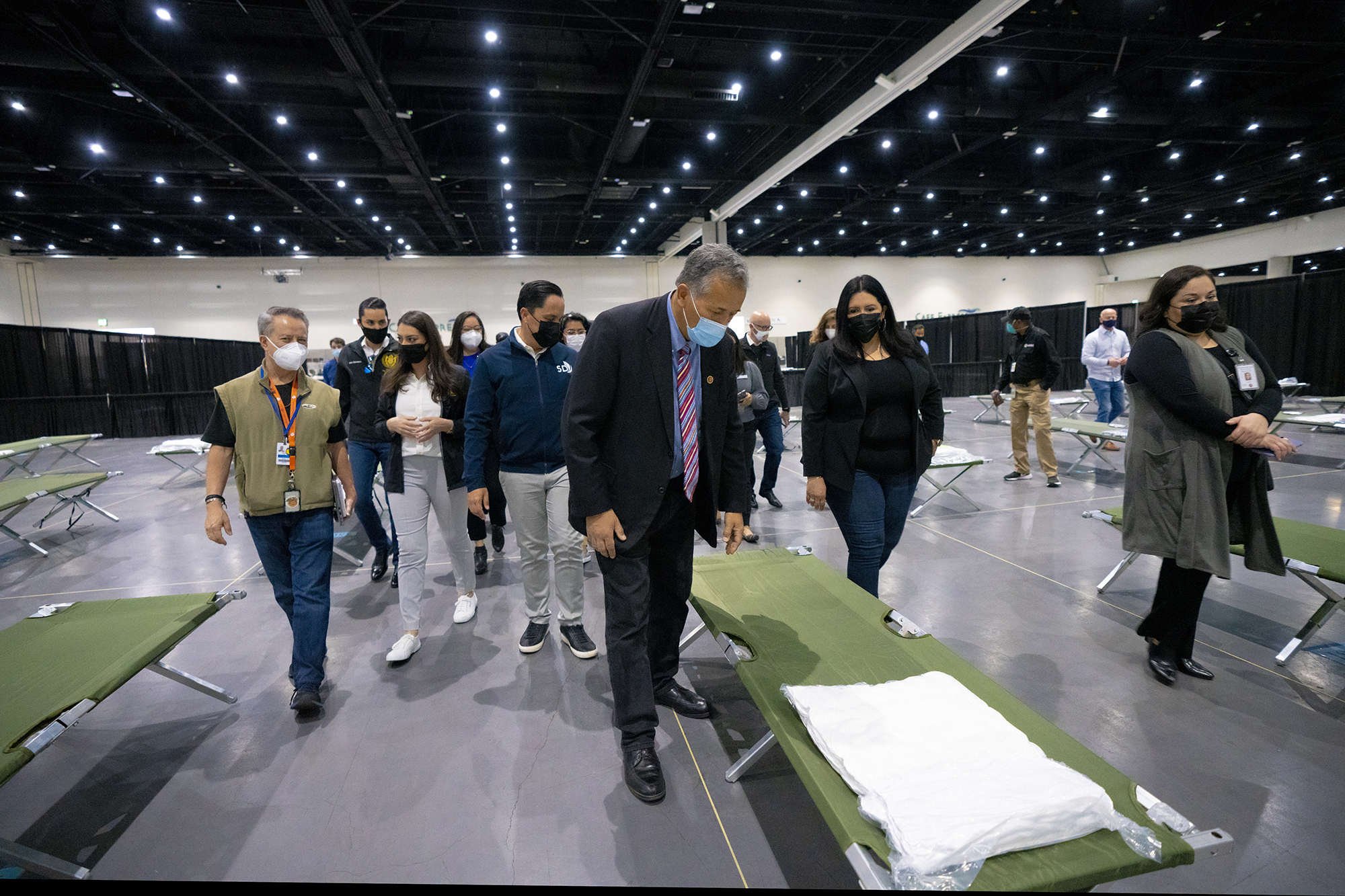 The hundreds of illegal child migrants at the San Diego Convention Center have a coronavirus infection rate far higher than allowed for California schools to reopen — yet teachers will still give them in-person instruction before local kids, according to a report.

The San Diego County Office of Education confirmed to Fox News Tuesday it was “providing the education program for the unaccompanied migrant children” at the convention center, sparking outrage from parents, education officials, and lawmakers alike as local students will take online-only classes until April 12 at the earliest.

Of the 700-plus unaccompanied girls transferred to the center, at least 82 tested positive for the virus Tuesday afternoon, Fox News reported, citing US Department of Health and Services figures.

The girls were screened before being taken to the temporary facility, with 59 testing positive on Monday. Another 23 were diagnosed Tuesday and were moved to another floor at the convention center, Fox News reported.

The San Diego Convention Center (not pictured here) has a positivity rate of about 9 percent among child migrants.POOL/AFP via Getty Images

None of the girls required to be hospitalized, but 82 cases out of roughly 700 is about 9 percent – far higher than the .0018 rate of San Diego residents. The county reported roughly 1,800 new cases within its population of 3 million-plus residents in the past week, according to the report.

“That’s a case rate of 10,933 per 100,000 – or 427 times higher than the case threshold that schools are allowed to reopen in California,” Scott Davison, who is suing the state for a quicker school reopening date, told Fox News. “Threshold for reopening in California is 25 per 100,000.”

A spokeswoman for the San Diego Unified School District did not address the facility’s COVID-19 rate, but said teachers were using their vacation time to volunteer at the convention center.

Young unaccompanied migrants, wait for their turn at the secondary processing station in the Department of Homeland Security holding facility in Donna, Texas.Getty Images

“Some of our educators have volunteered to give up their vacation time – this week is our spring break – to help hundreds of teenage girls who are sheltering in our city, away from their families and in some cases thousands of miles from home,” the spokeswoman told Fox News.

The educators aren’t being paid and volunteered because “caring for children is central to who they are as human beings,” the spokeswoman said.

Unaccompanied minors and people with incomplete documentation sit on the bed of a truck at a checkpoint of the Honduran police, near the Corinto border.REUTERS

“The power of their example should inspire us all, and hopefully many others will be inspired to show these girls that we are a compassionate community,” the district spokeswoman told Fox News.

White House Press Secretary Jen Psaki addressed the issue Tuesday, saying that the teachers were free to volunteer because American students are on spring break this week, adding that “context” was critical.

“As I understand it, San Diego public schools are opening in early April,” ​Psaki told reporters. “Students will be back in the classroom ​-​ part time ​-​ and certainly you know our objective from the White House ​- ​​five days a week for​ the​ majority of schools across the country.”

One parent told Fox News she believed the “system is broken” as San Diego teachers instruct migrant children as the 130,000 students in the district are still being taught virtually.

“We agree that every child deserves an in-person education, but why are taxpaying students put last?” parent Emily Diaz wrote in an email. “If this is a humanitarian issue then who is rescuing San Diego Unified students because our leaders have failed them.”

Migrant children play soccer at a small field at the Donna Department of Homeland Security holding facility in Donna, Texas.REUTERS

Trump ‘derailed’ Boris Johnson’s coronavirus planning by demanding the UK be part of a ‘bombing marketing campaign within the Center East,’ says former aide to PM