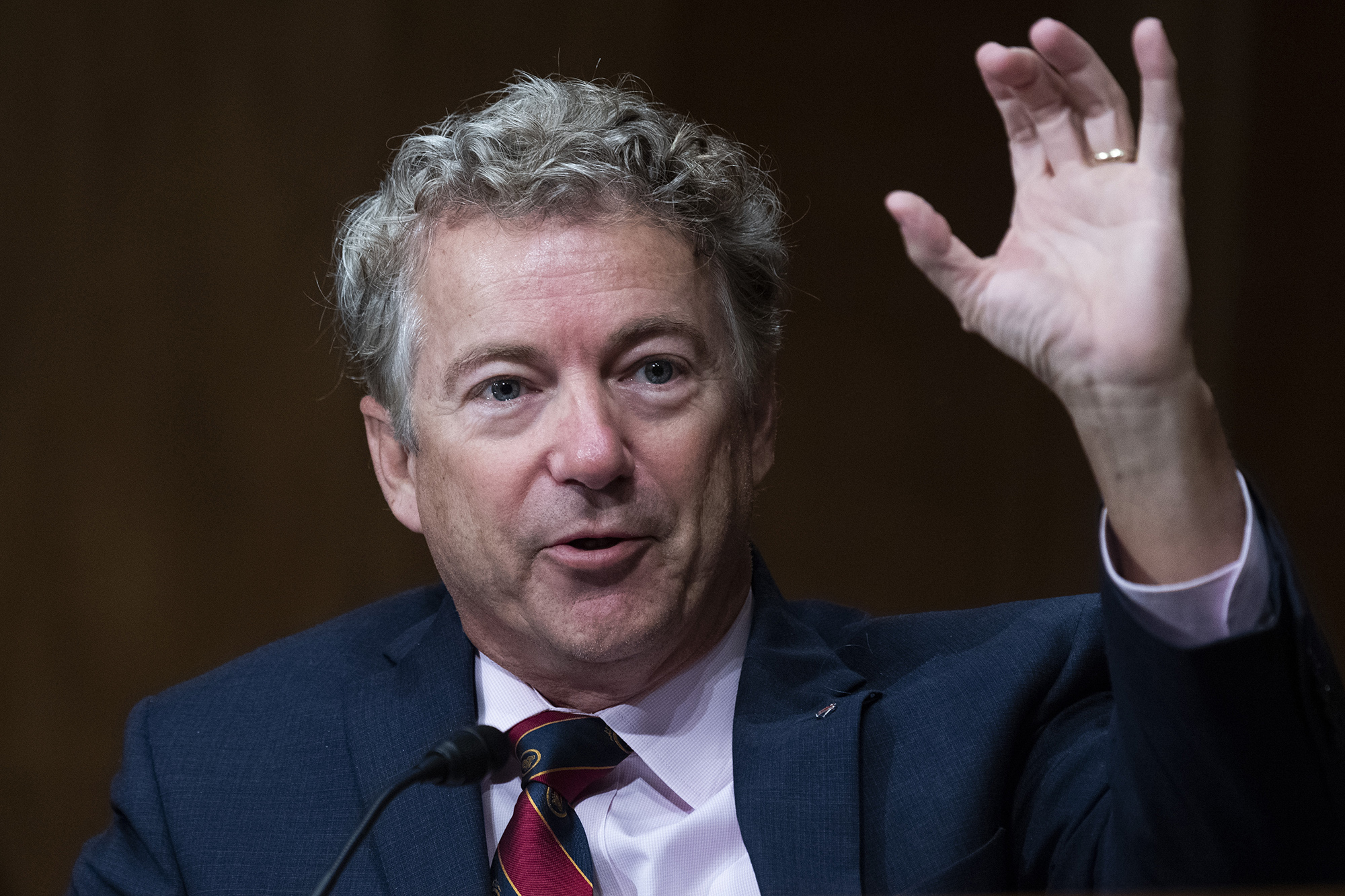 WASHINGTON — Sen. Rand Paul blasted his fellow Republicans for voting in favor of the $900 billion coronavirus aid bill on Monday, which he said only encourages states to stay shuttered and adds to the nation’s growing deficit.

In a fiery, 12-minute speech on the Senate floor, the Kentucky libertarian said Republicans were no better than Democrats for acting like money grows on trees and saddling future generations with record debt.

“Today, many of these same Republicans will vote for a bill that makes modern monetary theory looks like child’s play in comparison. The monstrous spending bill presented today is not just a ‘deficits don’t matter’ disaster, it is everything Republicans say they don’t believe in,” Paul said.

“Maybe these new free money Republicans should join the ‘everybody gets a guaranteed income’ caucus? Why not $20,000 a year for everybody, why not $30,000? If we can print out money with impunity, why not do it?” he asked.

Five Republican lawmakers joined Paul in voting against the package, including Sens. Rick Scott of Florida, Marsha Blackburn of Tennessee, Ted Cruz of Texas, Ron Johnson of Wisconsin and Mike Lee of Utah.

Lawmakers had been under increasing pressure to pass another wave of stimulus to buoy the nation’s staggering economy and help the tens of millions of Americans who have been rendered jobless by the public health crisis.

The House voted 359-53 in favor of the relief bill, which then passed the Senate 91-6 and now heads to President Trump’s desk.

Democrats wanted a $3.3 trillion package but ultimately passed a much smaller $900 billion aid bill — describing it as a bridge while they eye a much bigger relief deal under President Joe Biden.

But Paul said there was no more money left to give and noted that the federal government brought in $3.3 trillion last year and spent $6.6 trillion.

“The coffers are bare. We have no rainy day fund, we have no savings account. Congress has spent all the money long ago,” he said, adding that US government debt is now $27 trillion — up from $5 trillion under George Bush.

“This spending has been going on for decades. Today’s money is gone so Congress is spending tomorrow’s money,” he said.

“This is why Congress needs time to actually read this package before voting on it. Members of Congress have not read this bill. It’s over 5000 pages, arrived at 2pm today, and we are told to expect a vote on it in 2 hours,” Ocasio-Cortez tweeted late Monday after the $900 billion measure was approved.

“It’s ABSURD to have a $2.5 trillion spending bill negotiated in secret and then—hours later—demand an up-or-down vote on a bill nobody has had time to read. #CongressIsBroken,” continued the former GOP presidential candidate.