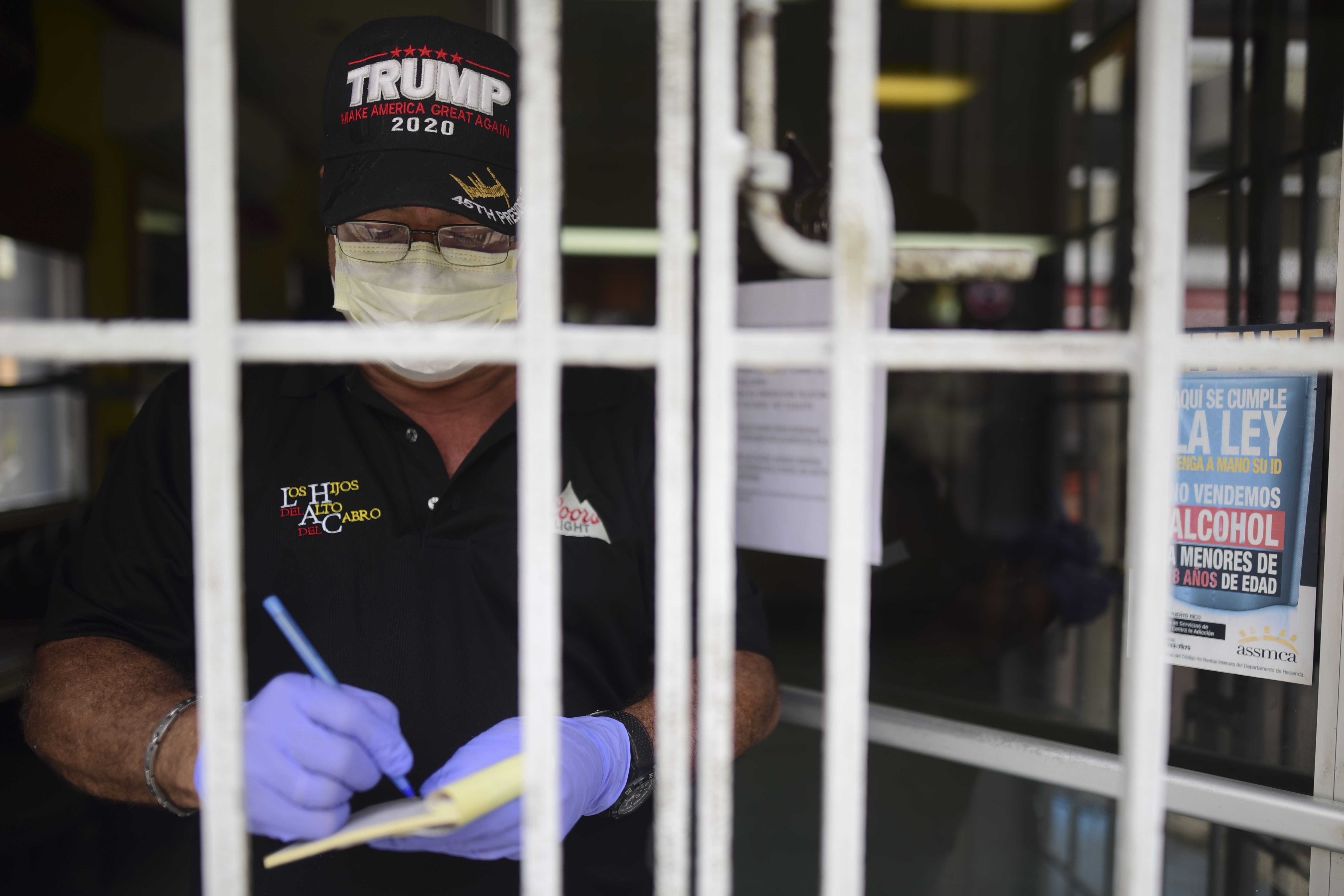 SAN JUAN, Puerto Rico (AP) — Puerto Rico’s governor announced Saturday that the U.S. territory will remain on lockdown until May 3 to curb coronavirus cases, marking one of the strictest measures taken in a U.S jurisdiction.

Gov. Wanda Vázquez said non-essential businesses will remain closed and that people have to remain indoors from 9 p.m. to 5 a.m., leaving outside those hours only to buy food or medicine or go to the bank. However, she lifted all license plate restrictions and said hardware stores and car repair shops can operate twice a week on limited schedules.

Everyone is still required to wear a face mask to enter any business as Health Secretary Lorenzo González warned that the peak of cases is not expected until early May.

“We cannot lower our guard,” he said. “We have not seen the worst of it.”

Puerto Rico has reported more than 780 confirmed cases and at least 42 deaths, including that of a pediatrician and of a couple of people in their early 40s with no prior health conditions. More than 1,300 test results are pending, and nearly 900 police officers have been placed in isolation after being exposed to COVID-19.

Meanwhile, critics say the government does not have an accurate picture of how many COVID-19 cases exist in Puerto Rico since there has been no widespread testing. Some 7,700 people have been tested on an island of 3.2 million people.

For most people, the new coronavirus causes mild or moderate symptoms, such as fever and cough that clear up in two to three weeks. For some, especially older adults and people with existing health problems, it can cause more severe illness, including pneumonia and death.

The lockdown was first implemented on March 15, and the extension announced Saturday is raising concerns about its impact on an island struggling to recover from Hurricane Maria and from a string of recent strong earthquakes amid a 13-year recession.

The costs associated with the coronavirus crisis and the economic fallout could cost Puerto Rico an estimated $4 billion, said Omar Marrero, executive director of the island’s Fiscal Agency and Financial Advisory Authority. That amount represents nearly half of the government’s overall budget.

Meanwhile, the island’s Treasury Department has estimated that it could lose up to $1.6 billion in revenue.

Last month, the governor approved a record $787 million package to alleviate the curfew’s financial hit, including a 90-day moratorium for mortgages as well as car, personal and commercial loans and bonuses ranging from $2,000 to $4,000 for certain workers including nurses and police officers.

Since then, Puerto Rico’s Department of Labor has said it has processed more than 131,000 unemployment claims, sometimes receiving more than 10,000 claims a day. In addition, more than 45,000 business owners have sought a $1,500 one-time payment from the local government.

Aside from the curfew, the government is taking other steps to contain the number of coronavirus cases.

The National Guard has screened more than 55,000 passengers at the island’s main international airport, and nearly 200 have been placed in isolation. Authorities have accused some visitors of taking medicine to hide their fevers, leading the governor to request this week that the Federal Aviation Administration temporarily suspend all flights from coronavirus hotspots in the U.S. mainland, including flights from New York, Florida and New Jersey. The FAA has not responded.