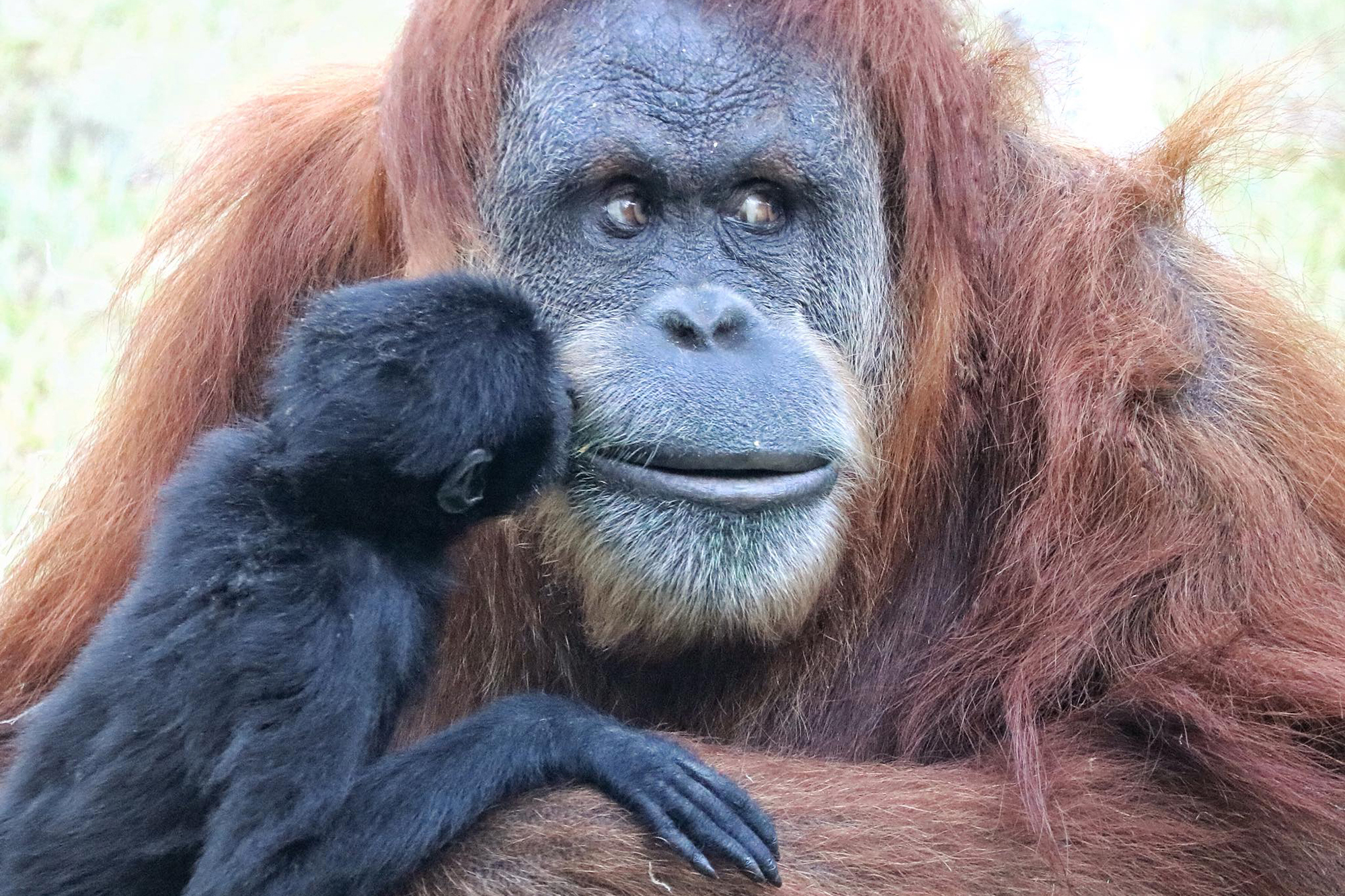 As people go ape trying to find COVID-19 vaccines, a group of primates at the San Diego Zoo became the first non-humans to be administered the jab — including an orangutan named Karen.

In January, eight gorillas at the zoo’s Safari Park tested positive for the illness in what was believed to be the first case of the bug infecting great apes.

“As soon as we knew that an employee was positive, we were on high alert, so just that one or two coughs really sent the alarm bells off, and we immediately started to get the permissions necessary to submit samples for diagnostic testing,” Lamberski told the outlet.

After the infected apes made a full recovery, Lamberski said the team then worked hard on obtaining vaccines for the animals.

Four orangutans — including one named Karen, who was also the first ape in the world to have open-heart surgery in 1994 — and five bonobos received the vaccine.

Veterinary pharmaceutical company Zoetis developed the experimental jab, which is not built nor suitable for human use, according to Insider, which cited the National Geographic.

In total, four orangutans — including one named Karen, who was also the first ape in the world to have open-heart surgery in 1994 — and five bonobos received the vaccine.

There are fewer than 5,000 gorillas left in the wild and researchers have expressed concern that the COVID-19 could spread rapidly if just one ape caught the virus.

Little is known about the effect the bug has on animals, though various animals — including cats and dogs — have already tested positive for the illness.

Paul Baribault, CEO of the San Diego Zoo Wildlife Alliance says, “We are dependent on the health of wildlife.”Ken Bohn/San Diego Zoo Global

Lamberski said that despite the inoculations, “that big sigh of relief isn’t going to come until our entire community is vaccinated, until the vaccine gets to, you know, remote communities all over the world, to areas where gorillas live in the wild.”

Paul Baribault, President and CEO of the San Diego Zoo Wildlife Alliance, told Insider: “As we move forward out of COVID, I think we certainly hope that the world has a greater understanding of our interdependency, that we are dependent on the health of nature.

“We are dependent on the health of wildlife. Our health is tied to all of it,” he said.