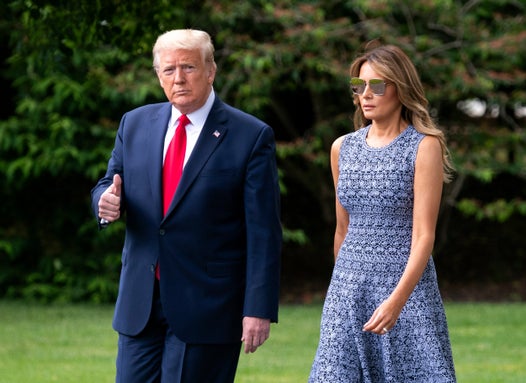 Donald Trump has signed an executive order on Thursday targeting social media companies following his threats to “strongly regulate” or “close down” platforms after Twitter fact-checked a pair of his tweets making false statements about the extent of voter fraud in the US.

The president was incandescent with fury on Wednesday after Twitter moved to cast doubt on his spurious claims by directing readers to a topic page where they could “get the facts” on the issue, wildly accusing the company of “stifling FREE SPEECH” in a tweet whose very existence undermined his argument, despite social media platforms making similar efforts to combat campaign misinformation ahead of US elections.

His pursuit of a personal grievance came as the US hit the grim milestone of 100,000 coronavirus deaths, a moment unacknowledged by the president — until the following day — and which saw Democratic challenger Joe Biden commiserate with Americans, saying that “this nation grieves with you.”

By contrast, the president’s son Eric Trump pronounced it a “GREAT DAY for the DOW”.

White House press secretary Kayleigh McEnany meanwhile refused to say whether the president should ever be fact-checked, instead saying that the president’s “intent is always to give truthful information to the American people”, despite countless false claims and other misleading statements made on- and offline.

House Speaker Nancy Pelosi said the president’s order is merely a “a distraction” to obscure the fact that the “administration has been a failure in terms of testing, treating and isolating people” from coronavirus, she said.

“Anything he does is a distraction from the problem at hand,” she continued. “People are dying. Rome is burning and all people wanna talk about is what he said next about this. That’s a success for him. I will not go there.”

Please allow a moment for our live blog to load

Jay Inslee says Trump should be ‘removed from office’ for coronavirus

Trump assails ‘warrantless surveillance’ that he himself reauthorised