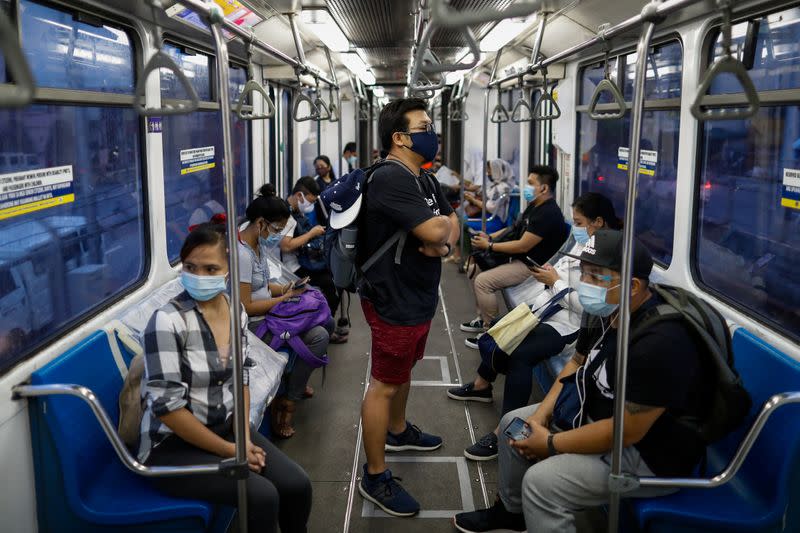 MANILA (Reuters) – Philippine President Rodrigo Duterte on Friday extended novel coronavirus restrictions in the capital, Manila, until mid-August and said the country would be given priority in supplies if China made a breakthrough with a vaccine.

The capital region, provinces south of it, and cities in the central Philippines have been under quarantine restrictions since June, limiting movements of the elderly and children, and the operations of businesses from restaurants to gyms.

“My plea is to endure some more. Many have been infected,” Duterte said in a televised address.

A coronavirus task force said it would impose lockdowns in areas with surging cases, while urging the government and private hospitals to increase bed capacity for COVID-19 patients.

Duterte promised free vaccinations if they became available by late this year, prioritising first the poor and then the middle class, police and military.

The Philippines would be given precedence by China in vaccine distribution, he said.

“I promise you, by December, by the grace of God, we will be back to normal,” Duterte said.

Pharmaceutical companies in countries including China, the United States and Britain are conducting late-stage trials on vaccines.

Duterte last week said he had made a plea to Chinese President Xi Jinping to make the Philippines among the first to receive vaccines should one be developed.

The Philippines planned to buy 40 million doses worth $400 million for 20 million people, about a fifth of its 107 million population, said Finance Secretary Carlos Dominguez.

“Once the vaccine is available I am sure we can fully open,” Dominguez said.

The lockdowns imposed in mid-March, among the world’s strictest and longest, crippled the Philippine economy, which had been among the fastest growing in Asia before the pandemic. Gross domestic product is expected to decline 2% to 3.4% this year, the first contraction in more than two decades.

The Philippines has Southeast Asia’s second-highest number of coronavirus infections after Indonesia, with cases up nearly five-fold to 89,374 and deaths more than doubling to 1,983 since the tough lockdown was eased in June.