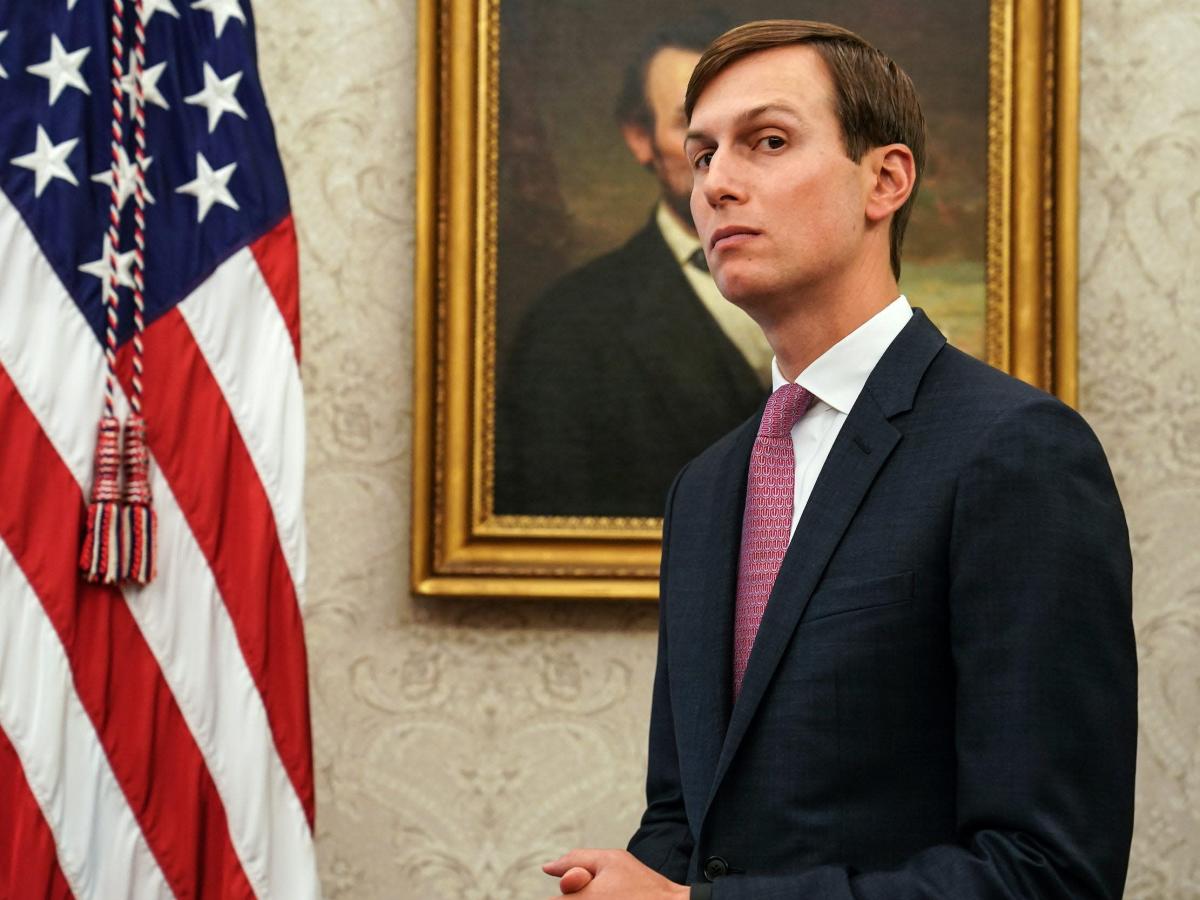 Jared Kushner and Pfizer’s CEO Albert Bourla had a “heated” conversation over whether the US should be able to cut the line and receive its vaccine doses before other countries.Anna Moneymaker-Pool/Getty

Bourla told Kushner that the US would have to wait its turn to get an additional 100 million doses.

Kushner disagreed, telling Bourla he represented the US government, which could “take measures” to enforce its will.

Pfizer CEO Albert Bourla revealed in a new op-ed published on Forbes that he and Jared Kushner, former President Donald Trump’s son-in-law and senior adviser, once had a “heated” debate over whether the US should receive its vaccine doses first.

In the op-ed, Bourla said he and Kushner disagreed over the supply time for an additional 100 million doses of the Pfizer COVID-19 jab that the Trump administration ordered. Bourla wrote that the conflict arose because the US was topping up on its original order of 100 million doses of COVID-19 vaccine, but that other countries had already signed contracts with Pfizer to secure their vaccine doses.

During the early days of the pandemic, Kushner was the head of a COVID-19 shadow task force that a documentary later revealed consisted of young volunteers buying PPE with personal email accounts.

“Jared was asking for a very aggressive delivery plan to the US for the additional 100 million doses. He wanted it all in the second quarter of 2021,” wrote Bourla. “To do that, we would have had to take supplies from Canada, Japan, and Latin American countries, all of which had placed their orders earlier than the US and were expecting the vaccine in the second quarter.”

Bourla said that the “debate” between himself and Kushner became “heated” when he refused. The Pfizer CEO said he “reminded Jared” it was made clear to Moncef Slaoui, the chief adviser of the Trump team’s COVID-19 vaccine plan Operation Warp Speed, that Pfizer would not take doses from other countries to give them to the US.

“In his mind, America was coming first no matter what. In my mind, fairness had to come first,” Bourla wrote. “He reminded me that he represented the government, and they could ‘take measures’ to enforce their will.”

Bourla wrote that he responded to Kushner: “Be my guest, Jared. I prefer to have Japan’s prime minister complaining to you about the cancellation of the Olympics rather than to me.”

The CEO said that the disagreement ended when Pfizer’s manufacturing team managed to pull through and deliver extra doses to the US without cutting the supply of other countries.

“Jared called me two days later from Mar-a-Lago to thank me for the collaboration, and we closed the loop on a happy note,” Bourla wrote.