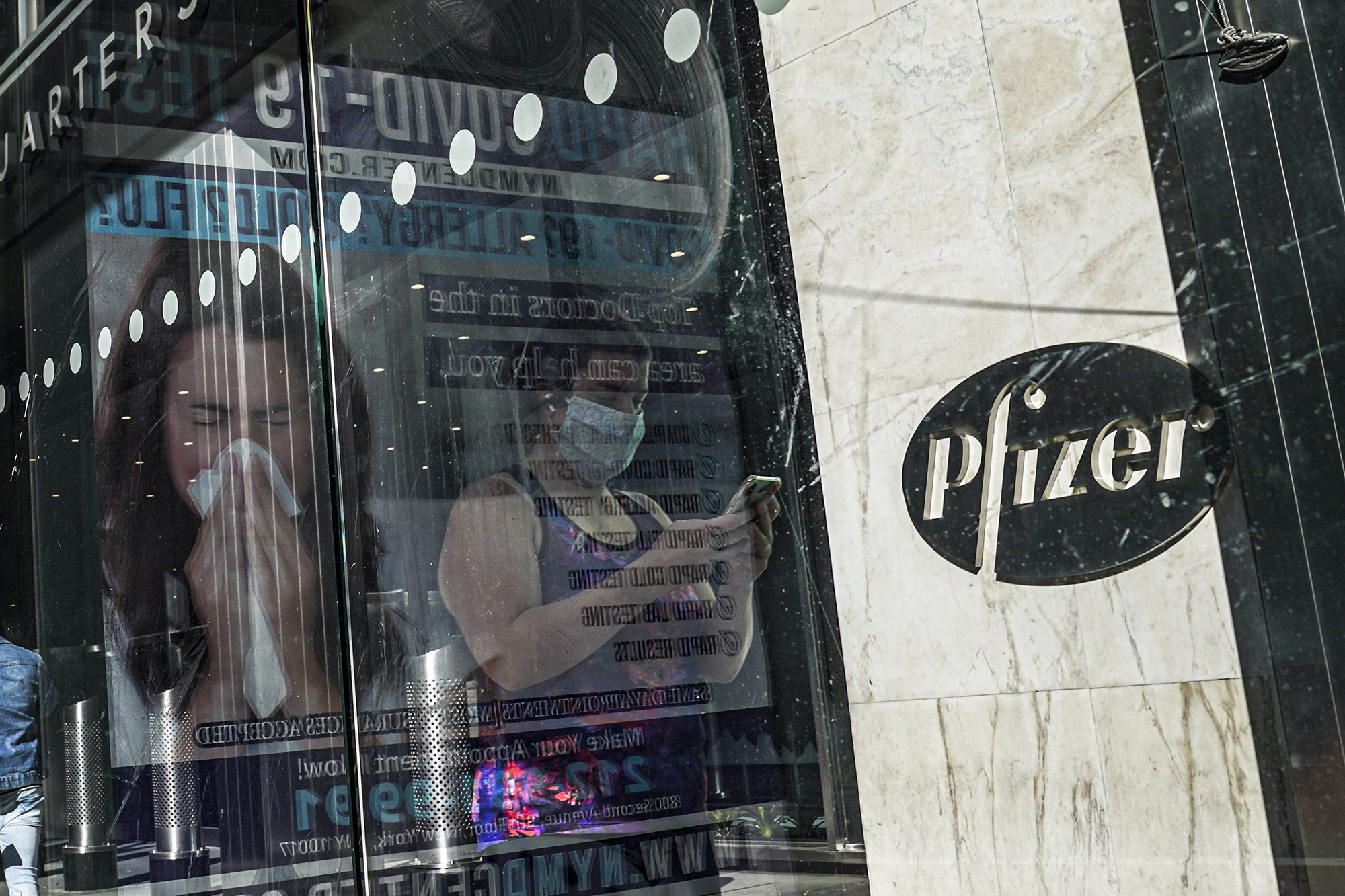 Pfizer and BioNTech said they will ask the feds for emergency approval of their experimental coronavirus vaccine on Friday, a key step that could make the shot available next month.

The Manhattan-based drugmaker and the German biotech firm will be the first to seek a so-called emergency use authorization in the US for their COVID-19 inoculation, which was 95 percent effective and posed no serious safety concerns in a major clinical trial.

The vaccine could be distributed to “high-risk populations” in the US by mid- to late December if the Food and Drug Administration approves the request, the companies said in a news release.

“Filing in the US represents a critical milestone in our journey to deliver a COVID-19 vaccine to the world and we now have a more complete picture of both the efficacy and safety profile of our vaccine, giving us confidence in its potential,” Pfizer CEO Albert Bourla said in a statement.

The application boosts US officials’ hopes that they’ll be able to inoculate millions of first responders and other vulnerable people by the end of the year amid a surge in COVID-19 infections and hospitalizations across the country.

Biotech firm Moderna has said it also expects to seek emergency clearance in the coming weeks for its coronavirus shot, which was nearly 95 percent effective in a late-stage clinical study.

The feds plan to ship “millions of doses of vaccine within 24 hours of FDA approval,” Health and Human Services Secretary Alex Azar said at a Thursday briefing where he revealed Pfizer and BioNTech’s plans to seek emergency approval.

The companies say they’re working with governments around the world to plan for vaccinedistribution while they await approval from regulatory authorities in various countries. The firms have already started the approval process in the UK and plan to submit applications in more regulators worldwide “in the coming days,” they said.

The vaccines are administered in two doses, suggesting both shots combined could potentially inoculate 35 million people this year.

The US government has ordered 100 million doses of Pfizer’s vaccine for about $19.50 apiece, though Americans will receive the shots for free. The European Union is planning to order 200 million doses at a cheaper price of 15.50 euros, or about $18.40, per dose, Reuters reported Friday.

Pfizer says its pricing structure for the vaccine is based on how many doses a country orders and when they’re delivered, and an EU official told Reuters that the bloc was getting a lower price partly because it gave BioNTech financial support to develop the shot.