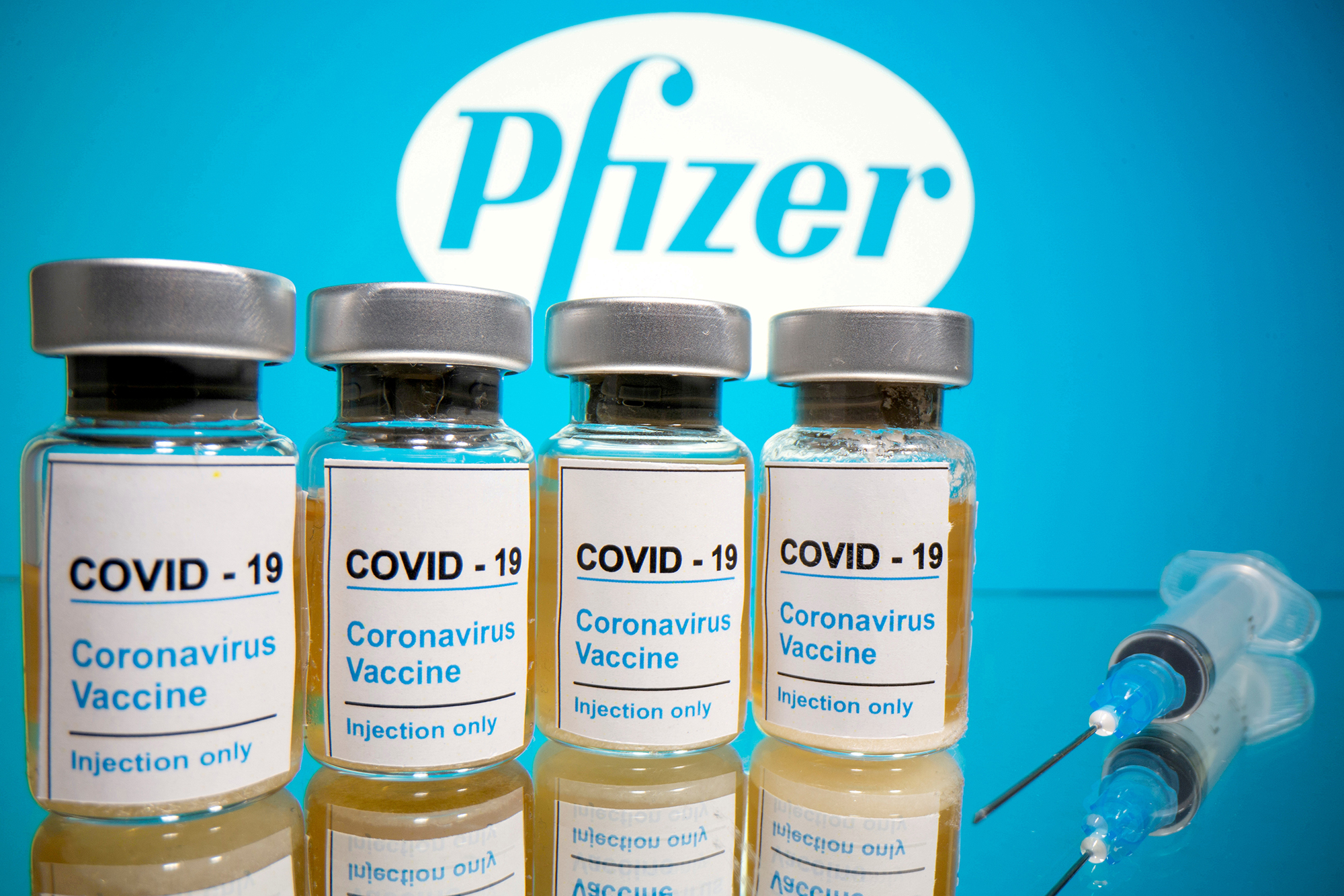 The Pfizer drug company formally asked the feds Friday to approve its coronavirus vaccine for emergency use — a request that opens the door to a US release before Christmas, according to the firm.

The Manhattan-based pharmaceutical giant — which hinted earlier in the day it would seek approval — is now the first to seek the green light for an experimental jab from the Food and Drug Administration, which must decide whether to allow high-risk Americans to receive it by mid-December.

“It is with great pride and joy — and even a little relief — that I can say that our request for emergency use authorization for our COVID-19 vaccine is now in the FDA’s hands,” Pfizer’s chief executive, Dr. Albert Bourla, said in a video Friday. “This is a historic day.”

He added, “Filing in the US represents a critical milestone in our journey to deliver a COVID-19 vaccine to the world and we now have a more complete picture of both the efficacy and safety profile of our vaccine, giving us confidence in its potential.”

If the request is granted, a limited number of people — most likely first responders and health care workers — will be allowed to get the shots before the FDA completes a months-long approval process, health officials said.

The agency has said its standard for emergency approval is high, and officials plan to take roughly three weeks to review Pfizer’s vaccine.

An outside panel of experts will then meet to review the application on Dec. 10 and could make it available just days later.

While deciding whether to approve the shots, the FDA will consider the “totality of the scientific evidence” — including non-clinical, clinical, and manufacturing data — submitted by Pfizer, which is partnering with the German company BioNTech on the vaccine.

“FDA recognizes the gravity of the current public health emergency and the importance of facilitating availability, as soon as possible,” the agency said in a post about emergency use authorization.

A panel of “globally recognized” experts committed to public health will make the call, the agency said.

“The FDA staff are career scientists and physicians who have globally recognized expertise in the complexity of vaccine development and in evaluating the safety and effectiveness of all vaccines intended to prevent infectious diseases. These FDA professionals are committed to decision-making based on scientifically driven evaluation of data,” the agency said.

On Wednesday, amid a surge in COVID-19 cases nationally, Pfizer announced its experimental vaccine was 95 percent effective and posed no serious safety concerns in a major clinical trial.

The biotech firm Moderna, which also says it has a 95 percent success rate, expects to seek emergency federal approval in coming weeks, the company has said.

If the vaccines are both approved for emergency use, there could be enough doses to immunize about 20 million Americans, according to federal and company officials.

Pfizer plans to increase its manufacturing early next year and possibly have hundreds of millions doses available by the spring.

The feds plan to ship “millions of doses of vaccine within 24 hours of FDA approval,” Health and Human Services Secretary Alex Azar said at a Thursday briefing where he revealed Pfizer and BioNTech’s plans to seek emergency approval.

Both firms say they are working with governments worldwide on a plan for distribution while they await approval from regulatory agencies.

The companies have already started the approval process in the UK and plan to submit applications in more regulators worldwide “in the coming days,” they said.

The vaccines are administered in two doses, suggesting both shots combined could potentially inoculate 35 million people this year.

In total, the US government has ordered 100 million doses of Pfizer’s vaccine for about $19.50 apiece, though Americans will receive the shots for free.

Pfizer says its pricing structure for the vaccine is based on how many doses a country orders and when they’re delivered, and an EU official told Reuters that the bloc was getting a lower price partly because it gave BioNTech financial support to develop the shot.

Don't Miss it Trump says Pfizer performed ‘corrupt video games’ with COVID-19 vaccine announcement
Up Next After Trump assembly, Michigan GOP lawmakers affirmed Biden will win the state and urged Trump to deal with the COVID-19 pandemic presently ravaging the US