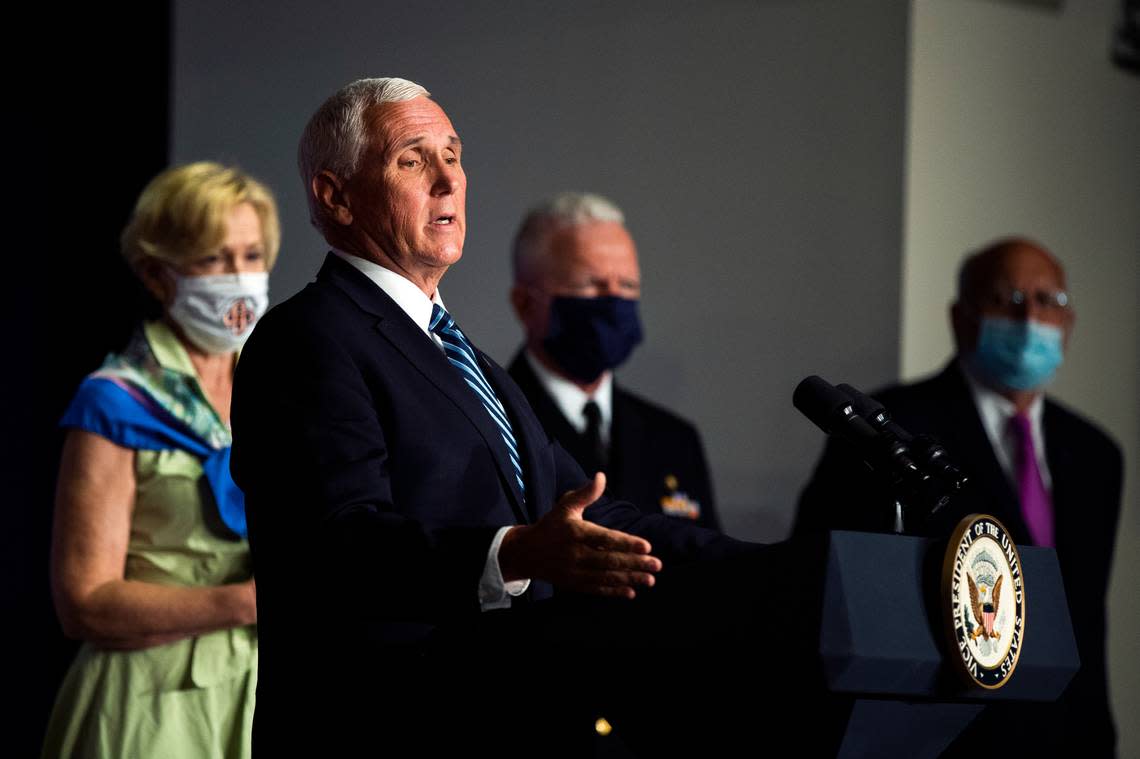 Florida’s Department of Health reported 9,989 additional cases on Wednesday, making it the fourth highest single-day total on record for COVID-19 cases in the state.

However, Dr. Deborah Birx, coordinator of the White House coronavirus task force, said Florida’s numbers may have been higher in the first three days of this week because of delayed reporting after the Fourth of July holiday weekend.

“We are actually seeing early indications of a percent of positive testing flattening in Arizona, and Florida and Texas. Governors in each of those states have taken strong steps to flatten the curve,” Pence, who leads the task force, told reporters.

Emergency room visits in Florida are beginning to decline, Pence said. He advised residents to stay the course.

“We believe the takeaway from this for every American, particularly in those states that are impacted, is keep doing what you’re doing, because we’re starting to see the first indications,” Pence said, without elaborating.

The White House task force is closely watching Florida, as well as Texas, Arizona and California.

“The one need that we did hear from governors across the region is for personnel. And over the last week, working through FEMA, the Department of Defense, and HHS, we’ve been processing requests to deploy over 1,070 doctors and nurses and medical personnel,” Pence said.

The task force said it is studying Florida’s outbreak for clues to what is causing spikes in certain states and how resurgent cases can be prevented.

Birx said the task force is studying the outbreaks in Jacksonville, Tampa and other large Florida cities to learn what they can about those spikes so the spread of the coronavirus can be prevented in the future.

“That can help us as an early warning signal. But also help us in guidance for the American people of what we’re asking them to do,” she said.

Centers for Disease Control and Prevention Director Dr. Robert Redfield said the pace of Florida’s reopening does not appear to be the cause of the new outbreaks.

“If you study it carefully, you can’t link it to reopening. There’s just too much time from the time they reopened to the time we saw the new outbreaks,” he said.

“Obviously, I’m a big advocate for closing down bars and those activities that we have that negatively impact social judgment. And I think you’ve seen in the governors that have made that transition, both in Arizona and in Texas, we’ve seen big changes,” he said.

Mitch McConnell uncertain of one other coronavirus aid package deal