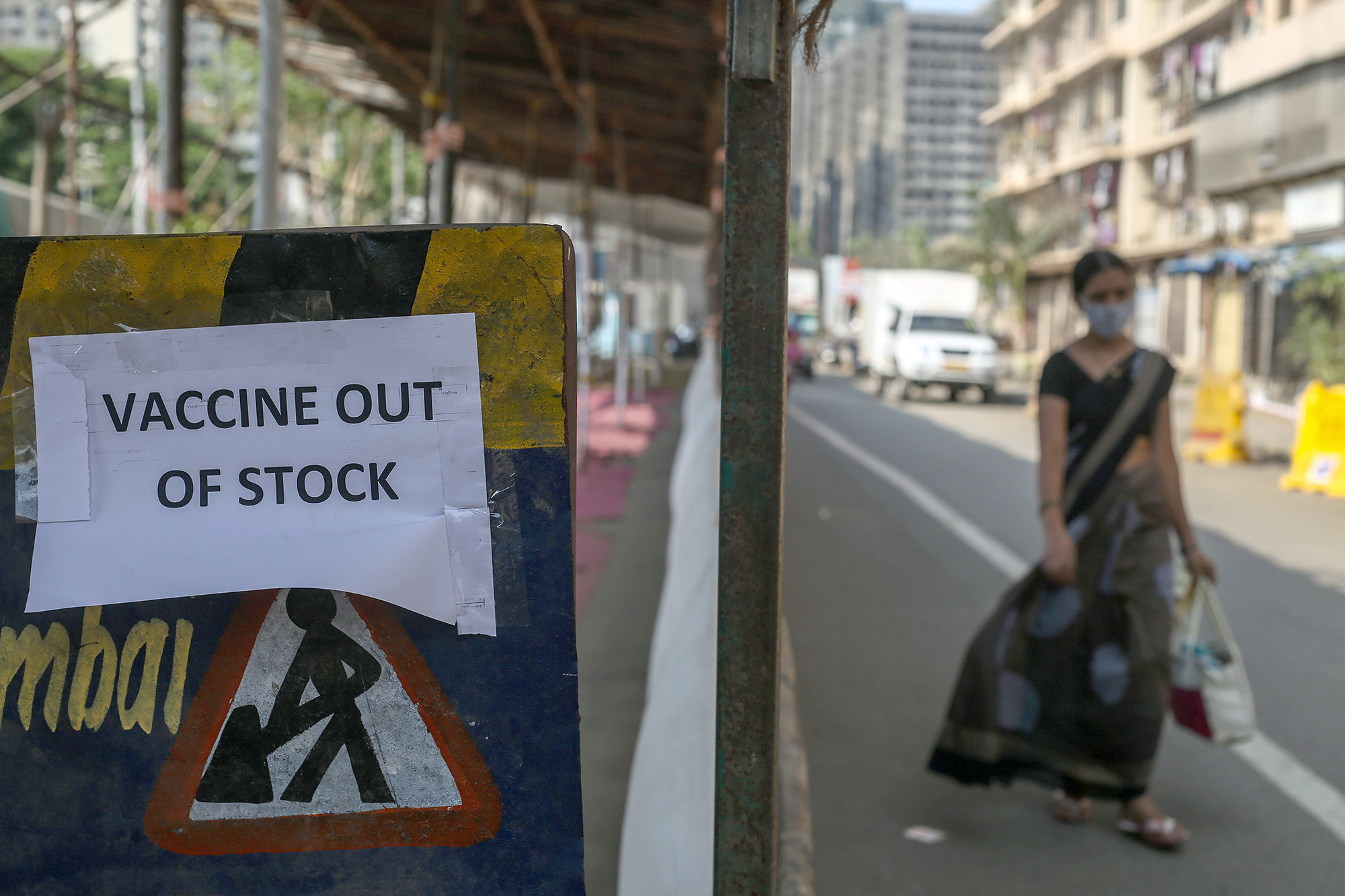 Several states in India have run out of vaccines against COVID-19, exacerbating a dire second wave of infections that has left hospitals and morgues overflowing while families scramble for increasingly scarce medicines and oxygen.

“Come back to us. How will we live without you?” wailed Aanchal Sharma and her mother-in-law over the lifeless body of her husband, waiting like so many others for their turn at a crematorium on the outskirts of New Delhi.

In the parking lot, more than 10 ambulances containing corpses lined up while workers cleared ashes from pyres that had spilled over from the main cremation area.

Second only to the United States in total infections, India has reported more than 300,000 new cases daily for nine days in a row, hitting another global record of 386,452 on Friday.

Total deaths have surpassed 200,000 and cases are nearing 19 million – nearly 8 million since February alone as virulent new strains have combined with “super-spreader” events such as political rallies and religious festivals.

Medical experts say real numbers may be five to 10 times higher than the official tally. Patients have been begging for spaces in hospitals while oxygen tanks are scarce and prized.

A notice about the shortage of COVID-19 vaccine is seen outside a vaccination centre in Mumbai, India.EPA

Despite being the world’s biggest producer of vaccines, India now does not have enough for itself – undermining a plan to ramp up and widen inoculation from Saturday.

Only about 9 percent of its 1.4 billion people have had a dose.

“I registered to get a slot 28 days before, but now they are saying there are no vaccines,” complained Jasmin Oza on Twitter.

India has struggled to increase capacity beyond 80 million doses a month due to lack of raw materials and a fire at the Serum Institute, which makes the AstraZeneca vaccine.

Authorities in the financial capital Mumbai said inoculation centers were closing for three days, while Delhi’s chief minister Arvind Kejriwal told citizens not to show up for vaccinations on Saturday as doses had not yet arrived.

People line up to receive their COVID-19 vaccines at a mass vaccination center in Mumbai, India.Getty Images

Karnataka state, home to tech hub Bengaluru, postponed its new vaccination drive for adults that was to start on Saturday.

However, officials in Prime Minister Narendra Modi’s western home state of Gujarat said vaccinations for those aged between 18 and 45 would begin on Saturday in worst-hit districts.

And contradicting some of the local governments, the national health ministry said states had 10 million vaccines stockpiled and 2 million more coming in the next three days.

Modi met on Friday with his cabinet, which recognised a “once in a century” crisis in India.

With India’s health system reeling and absenteeism from the workplace soaring – as staff fall ill or take care of relatives – international aid has begun pouring in.

Some vaccination centers in India are temporarily closed due to the shortage of COVID vaccines. EPA

“Just as India came to our aid early in the pandemic, the United States is committed to working urgently to provide assistance to India in its time of need,” US Secretary of State Antony Blinken tweeted.

Washington is sending more than $100 million worth of supplies and has redirected its own order of AstraZeneca vaccines to India, providing another 20 million doses.

Britain, Ireland and Romania have also sent help, and a first batch of Russia’s Sputnik V vaccine was due on Saturday.

On the streets, Indians were hoarding supplies.

Medicines were starting to run short in some parts.

“People are panicking a lot. People are unnecessarily hoarding medicines, even those who don’t need them,” added another business owner Sanjay Sharma, also in Uttar Pradesh.

Bringing some hope to the crisis, a team of scientists advising India’s government said cases may peak next week between May 3-5 – earlier than initially forecast