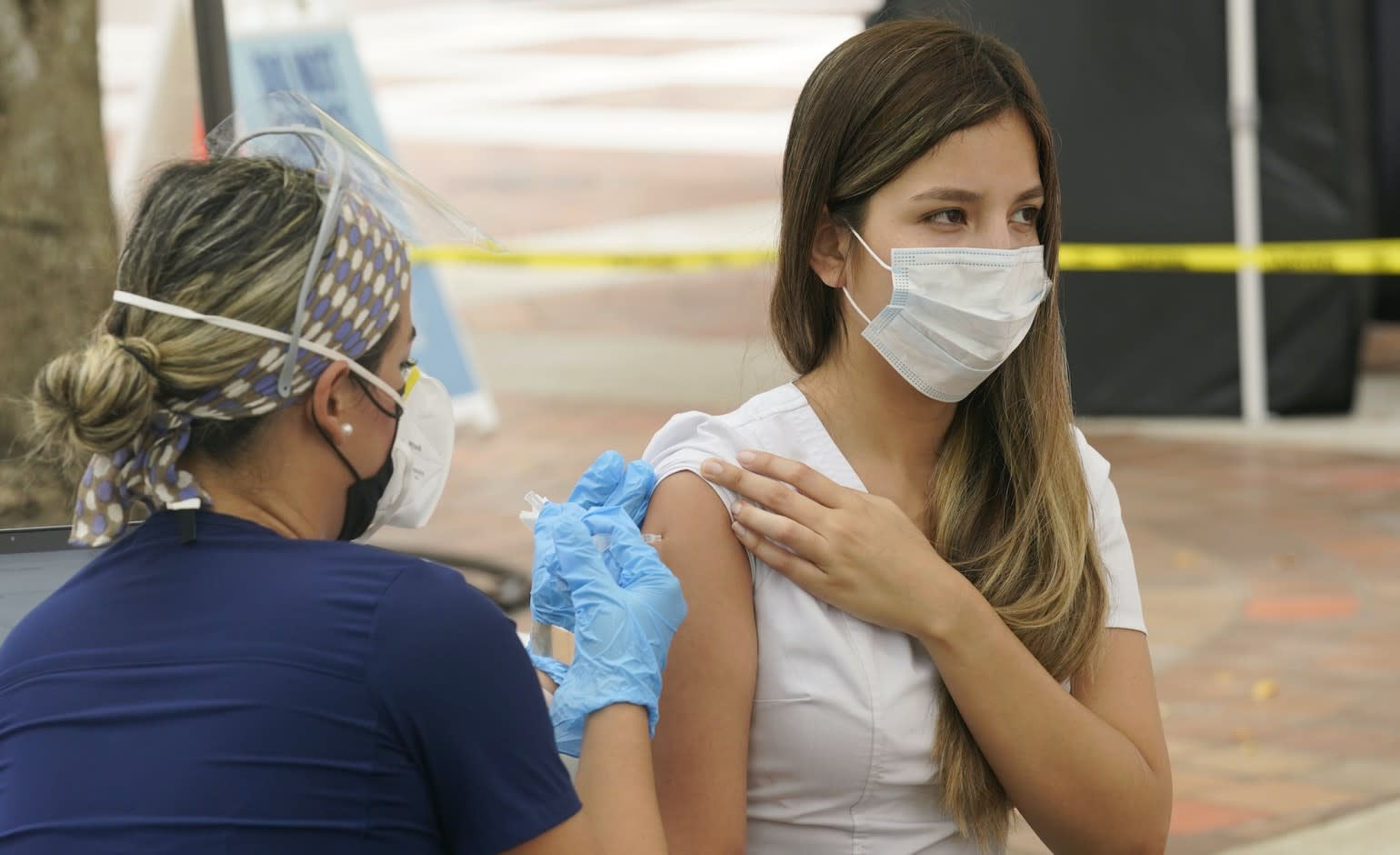 Government health experts estimate that at least 1.1 million people in the United States have received an extra dose of a COVID-19 vaccine due to concerns about the delta variant, according to a leaked document from the Centers for Disease Control and Prevention.

The internal CDC document, obtained by ABC News, also said this is likely an undercount because the agency only counted the two-dose Pfizer or Moderna vaccine recipients and is unsure how many Johnson & Johnson vaccine recipients received a dose of another vaccine.

The Food and Drug Administration has not changed clinical vaccine guidelines to allow for extra doses, though regulators are expected to recommend the so-called booster shots for vulnerable people with fragile immune systems as soon as next month.

The CDC has also stood by the original vaccine guidelines and insists that people who completed the recommended vaccine regimen are sufficiently protected. Agency head Rochelle Walensky said last week that health officials will determine whether extra doses are necessary “based on a compilation of evidence,” such as clinical trial data and continued monitoring.

“We do not comment on leaked documents,” the CDC told the Washington Examiner.

The World Health Organization has weighed in on several rich countries’ plans to allow the boosters for immunocompromised people, such as Germany, France, and the United Kingdom. Rather than offer the additional doses to people who have been fully vaccinated, WHO Director-General Tedros Adhanom Ghebreyesus recommended that rich countries redirect supplies to poor countries and declare a moratorium on boosters. The organization’s recommendations are not legally binding, however, and wealthy countries are not expected to undo their plans.

As concerns that the highly transmissible delta variant may evade the vaccines have increased, so has the number of shots administered each day, at least marginally, a Bloomberg analysis showed. An average of roughly 739,000 vaccine doses was administered daily over the past week, compared with an average of 513,000 this time last month.

To date, over 71% of U.S. adults have received at least one shot, while nearly 59% are now fully vaccinated, according to CDC data. The vaccination coverage among seniors is considerably higher, with more than 90% of adults 65 and older at least partially protected from severe illness.