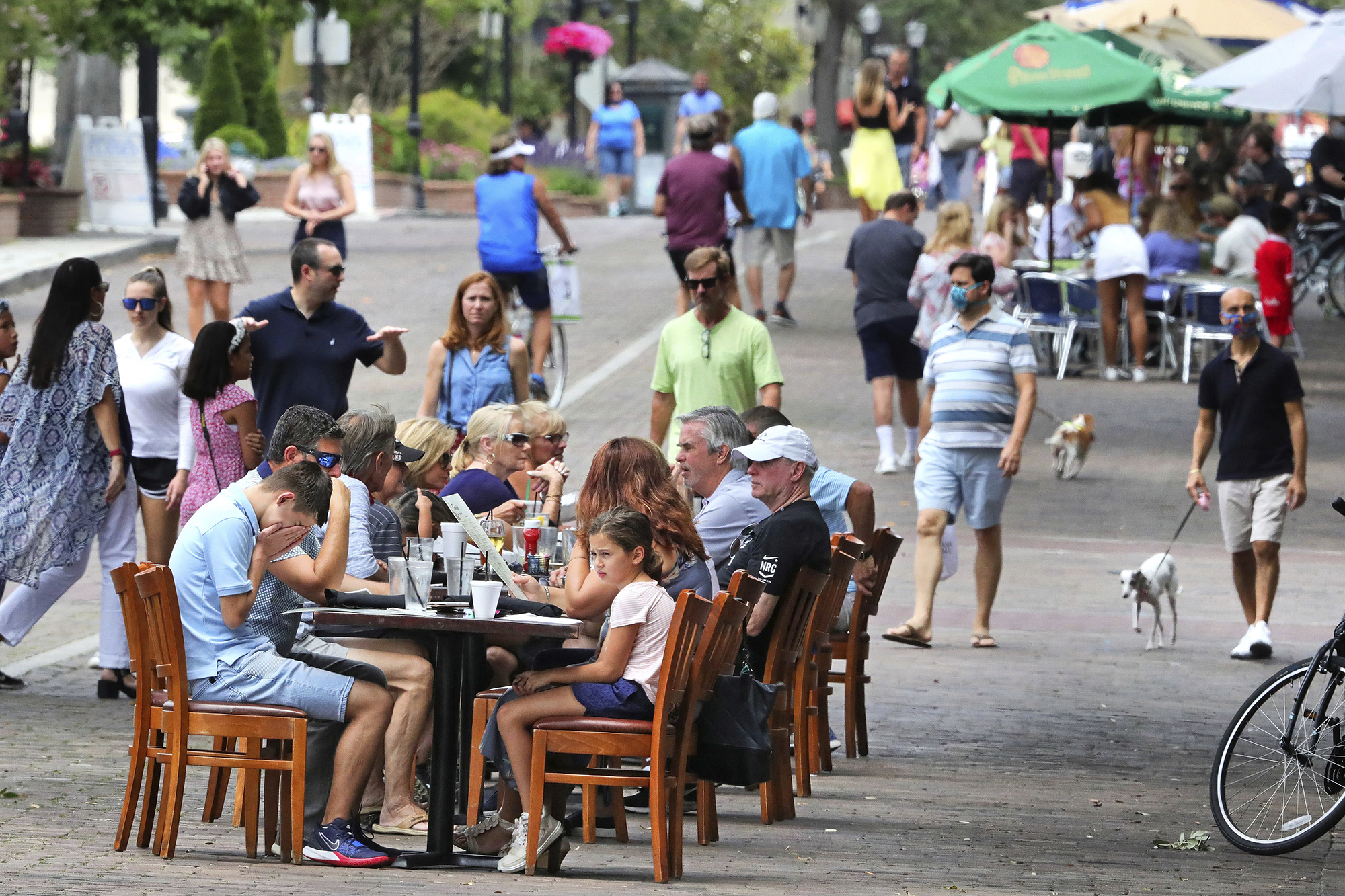 Several bars and restaurants in Orlando, Florida, are voluntarily shutting their doors for a second time as coronavirus cases spike in the state.

Several restaurants and bars near the University of Central Florida and in the Mills 50 and Doctor Phillips neighborhoods have chosen to revert back to take-out only or have decided to shut their doors temporarily as both employees and customers have tested positive for COVID-19, the Orlando Sentinel reports.

The move also comes just days after Gov. Ron DeSantis called for increased enforcement at bars and restaurants not adhering to social-distancing guidelines and a 50% capacity cap.

Florida residents filed a total of 335 complaints accusing bars and restaurants of not following COVID-19 rules between May 4 and 26, an analysis of public records by the USA Today Network found.

But none of those complaints results in fines or enforcement action, according to Monday’s report in the Tallahassee Democrat.

Inspectors from the state’s Department of Business and Professional Regulation, which is in charge of enforcing DeSantis’ executive order, are reaching out to restaurant operators by phone to respond to complaints and other licensing issues, a spokeswoman for the agency told the Sentinel.

But some bars and eateries have shut down out of an abundance of caution as the Florida Department of Health reported 64 new coronavirus deaths on Tuesday and nearly 3,300 additional cases, according to the Orlando Sentinel.

One restaurant in Doctor Phillips announced it will be shuttered until mid-July after one employee tested positive for the virus following its May 14 reopening.

“We just wanted to be safe because we wanted to sort of nip this thing in the butt,” the owner of Pharmacy, Loren Falsone, told the newspaper. “We have 32 employees, and we didn’t want it to spread further.”

Florida restaurants were allowed to open in May with limited capacity.AP

“This isn’t shocking,” Falsone said, adding that all employees will be tested before the establishment reopens.

Elsewhere, at least three bars in Orlando’s Mills 50 section have temporarily closed after a customer who visited Thursday tested positive for the bug.

“We will use this time to properly clean and sanitize our spaces as well as come up with a plan for increased safety moving forward for both you and us,” read a Facebook post by one of the bars, Lil Indie’s.

Once an individual tests positive for COVID-19, state health department officials start contact tracing measures and notifies locations where that individual has visited, an official told the Orlando Sentinel.

“We also call those bars and restaurants directly and advise them to close, test and deep [clean],” said Dr. Raul Pino, who works for the state’s health department in Orange County.

As of Tuesday, Florida’s COVID-19 death toll stood at 3,237, which is 9th among US states in fatalities. The state’s number of infections, which surpassed the 100,000 threshold on Monday, now totals 103,506, state health officials said.

Don't Miss it Over 8.7 million COVID-19 circumstances in US went undetected in March: examine
Up Next Cuomo ‘alone is guilty’ for COVID-19 nursing house deaths