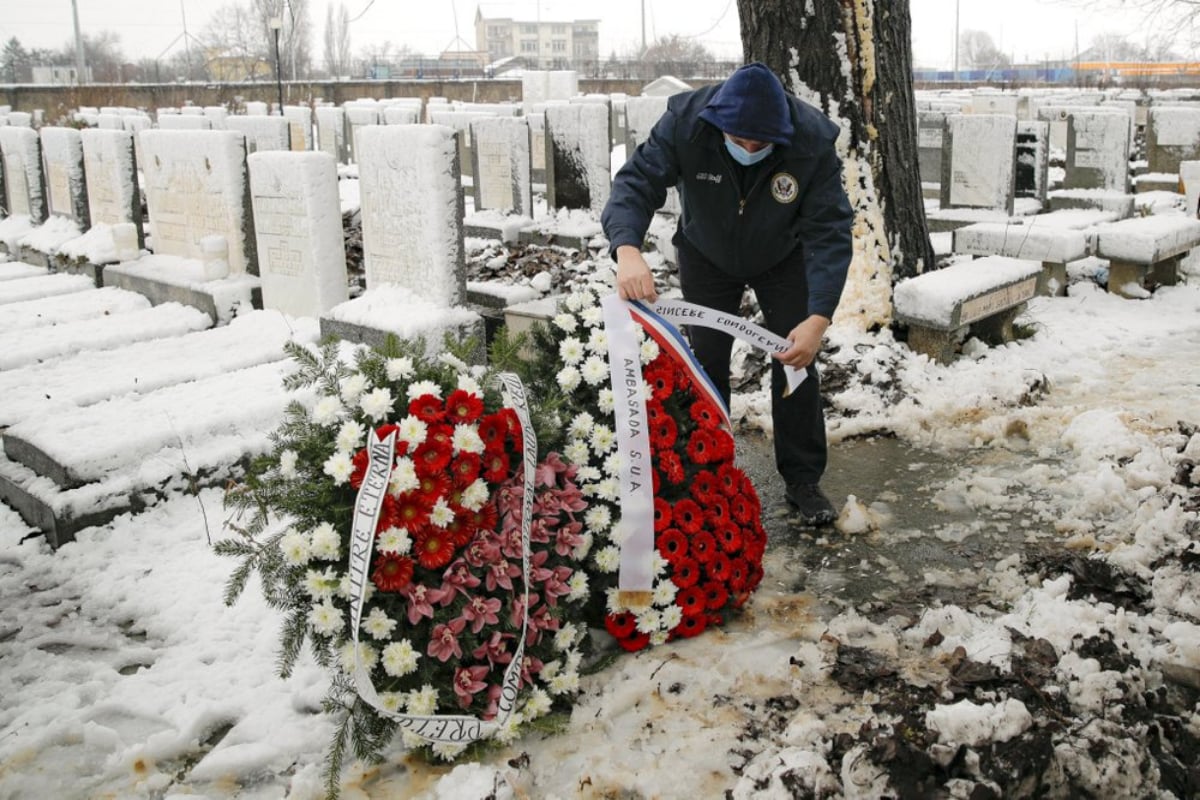 Iancu Tucarman, one of the last remaining Holocaust survivors in Romania, was buried after dying from COVID-19 last week. He was 98.

Dozens gathered at Tucarmans funeral in Bucharest on Monday to pay respects and mark a horrific legacy of World War II. The funeral was held in line with anti-virus measures.

Tucarman died on January 8 after battling the coronavirus. Romania has been hit hard in the outbreak, recording more than 16,000 deaths in the country of 19 million people.

Tucarman was 18 years old in June 1941 when German and pro-Nazi Romanian troops rounded up thousands of other Jews in the northwest city of Iasi during the events that became known as the “Iasi Pogrom”.

Iasi Jews were crammed into trains and driven around Romania until most of them suffocated inside or died of dehydration. About 13,000 people died.

“A survivor of unimaginable horrors during the Iasi Pogrom, a man with an incredible will to live, Iancu Tucarman could not fight this unforgiving virus,” Israeli Ambassador David Saranga said after Tucarman”s death.

Saranga attended the funeral on Monday as did US Ambassador Adrian Zuckerman, who has described Tucarman as a “kind soul”.

“The American flag at our embassy has been flying at half mast in honour of Iancu, a true Romanian hero,” said Zuckerman, who evoked Tucarman”s love of music. “Through it all, he never lost his passion for life or music.”

Upon capture in Iasi, Tucarman was first brought to the police station along with around 5,000 Jews, nearly half of whom were shot or beaten to death on the spot.

The remaining Jews were then packed into freight cars and vans. The “death trains” were sealed and moved back and forth between railway stations when 2,650 people died or lost their sanity, according to the World Holocaust Commemoration Center Yad Vashem.

“Because of the heat, most people remained naked,” Iancu once recalled the ordeal. “Inside the car, some would go crazy and jump from side to side like at the circus.”

“When there were only 10 or 12 of us left, the entire floor of the train car was covered with dead people,” he had said, according to the Claims Conference website. “It was like a mattress they jumped on.”

Tucarman was also known for supporting young musical talents in Romania. He is survived by his partner.