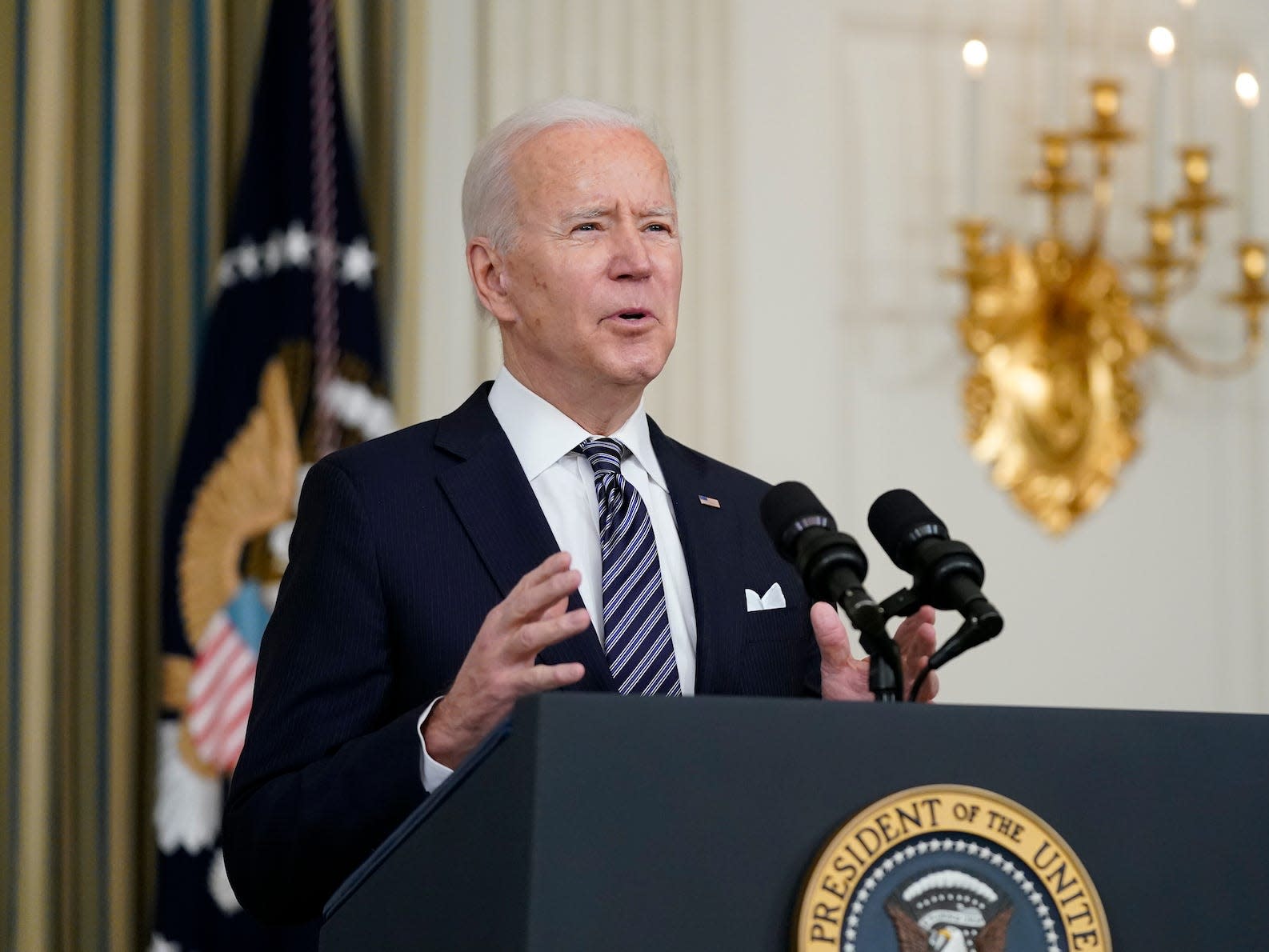 The lawsuit argues that requirements on the spending of state and local aid are unconstitutional.

Ohio’s Republican attorney general filed the first of what could be several lawsuits against the Biden administration over the $1.9 trillion American Rescue Plan.

The Washington Post reported that Attorney General Dave Yost filed suit over the bill on Wednesday, charging that the requirements and restrictions on how $350 billion in state and local aid can be spent are “unconstitutional.”

Yost’s suit follows a letter from 21 GOP attorneys general to Treasury Secretary Janet Yellen threatening legal action if the administration does not issue more clarity on how the money can be spent. The letter warned that the regulations on the state and local aid could be “the greatest attempted invasion of state sovereignty by Congress in the history of our Republic.”

Congress designated $195 billion in funding under the law for state governments. But lawmakers moved to bar states from using federal money to cover the costs of tax cuts on their budgets.

Slashing taxes, some experts say, could amplify the economic damage from the pandemic on states and hamper their recovery.

“Cutting state taxes now would repeat a mistake many states made in the wake of the Great Recession: they cut taxes, which harmed families, undermined economic growth, and exacerbated economic inequality and racial injustice,” Nicholas Johnson, a state budget expert at the liberal-leaning Center on Budget and Policy Priorities, wrote in a recent blog post.

The sweeping bill includes $1,400 stimulus checks for many Americans, supplemental unemployment benefits of $300 per week, aid to state and local governments, money for COVID-19 testing and vaccine distribution, aid to businesses affected by the pandemic, money for pensions, significant expansions of child tax credits, and enhancements to the Affordable Care Act, among other provisions.

President Joe Biden signed the bill into law on March 11 after the House approved the package in a 220-211 vote, following narrow passage in the US Senate by a vote of 50-49. Senate Democrats used budget reconciliation to pass the bill with a simple majority instead of the three-fifths threshold normally required to clear the filibuster.

The legislation did not get a single Republican vote in either chamber. One House Democrat, Rep. Jared Golden of Maine, also voted against the bill. The law has drawn strong approval in various public polling.