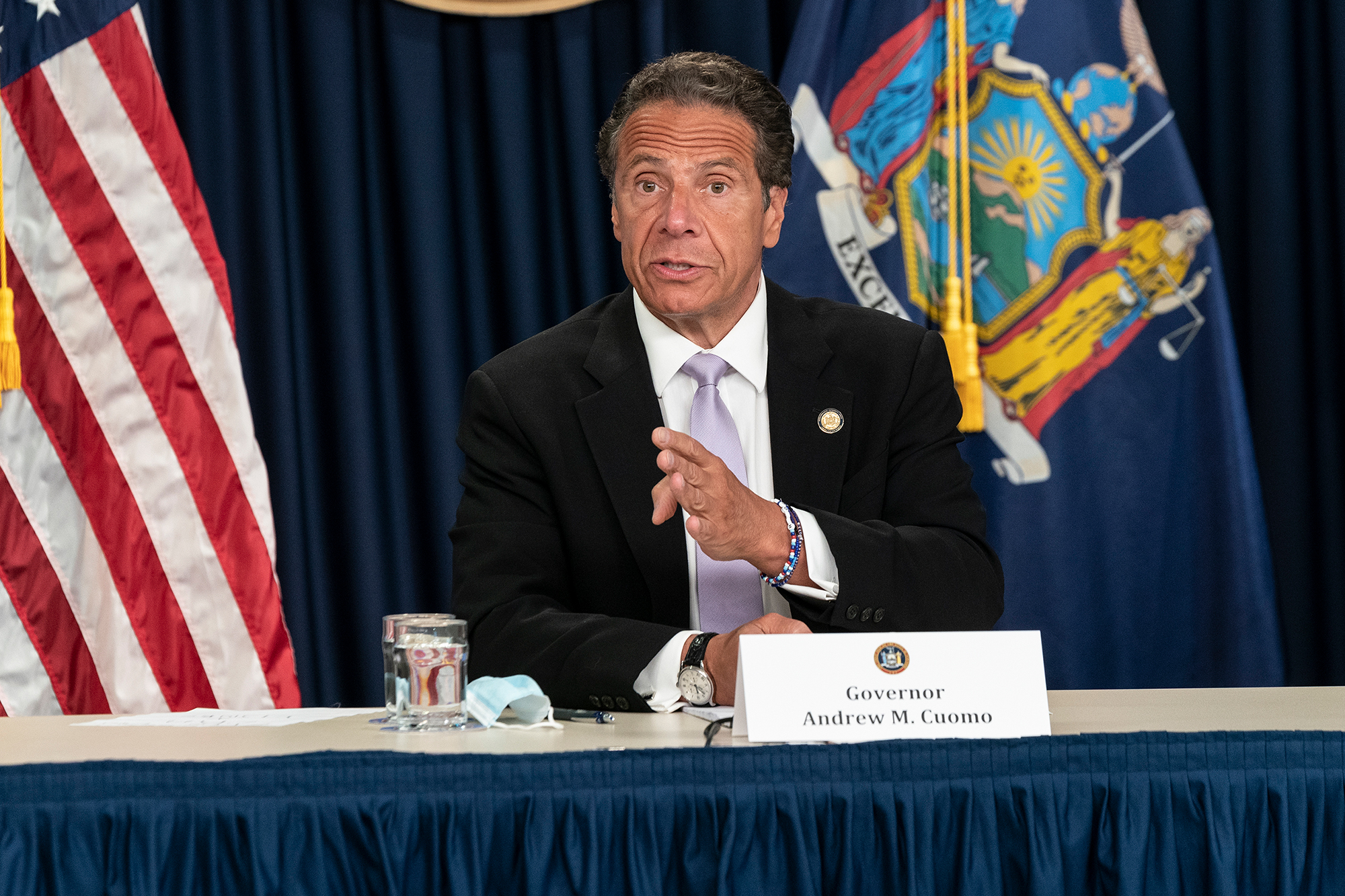 The reopening of indoor dining at restaurants at 50 percent capacity and malls is scheduled to start in the city next Monday, July 6.

“Malls and indoor dining are things that I’m concerned about and we may consider slowing them down for next week. Not going backwards, but we may actually slow them down,” Cuomo said during a call-in interview with NY1.

The governor said he’ll be talking to business leaders about requiring the installation of HEPA filters in air conditioning units to help prevent the circulation of COVID-19 indoors.

“We’ll have a final decision [on whether restaurants reopen] by Wednesday so people operating those businesses will know what they’re doing,” the governor added.

“The New York City story is pretty damn good when it comes to the comeback we’re making from the coronavirus,” de Blasio said at a separate briefing.

“The rest of the nation – I don’t need to tell you – is looking more and more troubling, and that is causing us to think about each step we are taking and to examine what we’re seeing from around the country,” the mayor said.

“My team spoke with the governor’s team yesterday, and we’re increasingly concerned, they are as well,” de Blasio said.

“We are now going to reexamine the indoor-dining rules for Phase 3. The rest of Phase 3 is moving on pace for Monday, July 6 – this coming Monday. But the indoor dining element is now in question.”

Both the mayor and Cuomo said they are worried after seeing the explosion of COVID-19 cases in Florida, Texas, Arizona and California just as New York has tamed the killer bug by imposing a severe lockdown and requiring residents to wear masks in public.

The governor also said he’s concerned about the impacts of the massive gathering in the city during anti-police brutality protests following the death of George Floyd at the hands of cops in Minneapolis, and continued large crowds outside bars and restaurants — all violations of social distancing rules. Many people are not wearing masks.

“New York City is different. It is more complicated than other parts of the state. Our numbers are good, very good right now, but there are troubling signs,” Cuomo said.

Cuomo also complained that a “lack of compliance and a lack of enforcement” over social distance violations in the city as “not helpful” — a jab at de Blasio and the NYPD.

He said state officials are gathering information on indoor dining and malls in other states.

Cuomo’s comments appeared to be targeted at New York City rather than other parts of the state.

The rest of the state is already offering indoor dining.

“I would not want to roll back anything we’ve done. I want to continue to move forward, but we may move forward with caution,” he said.

Cuomo said he does not want to jeopardize the progress New York has made in curbing the pandemic.

He said there were only seven COVID-19-related deaths on Sunday — down from a peak of 800. And the infection rate for New Yorkers is below 1 percent.

“We’ve been reopening, and the spread is still gone down with our reopening, because we have a phased in and we have it calibrated,” Cuomo said.