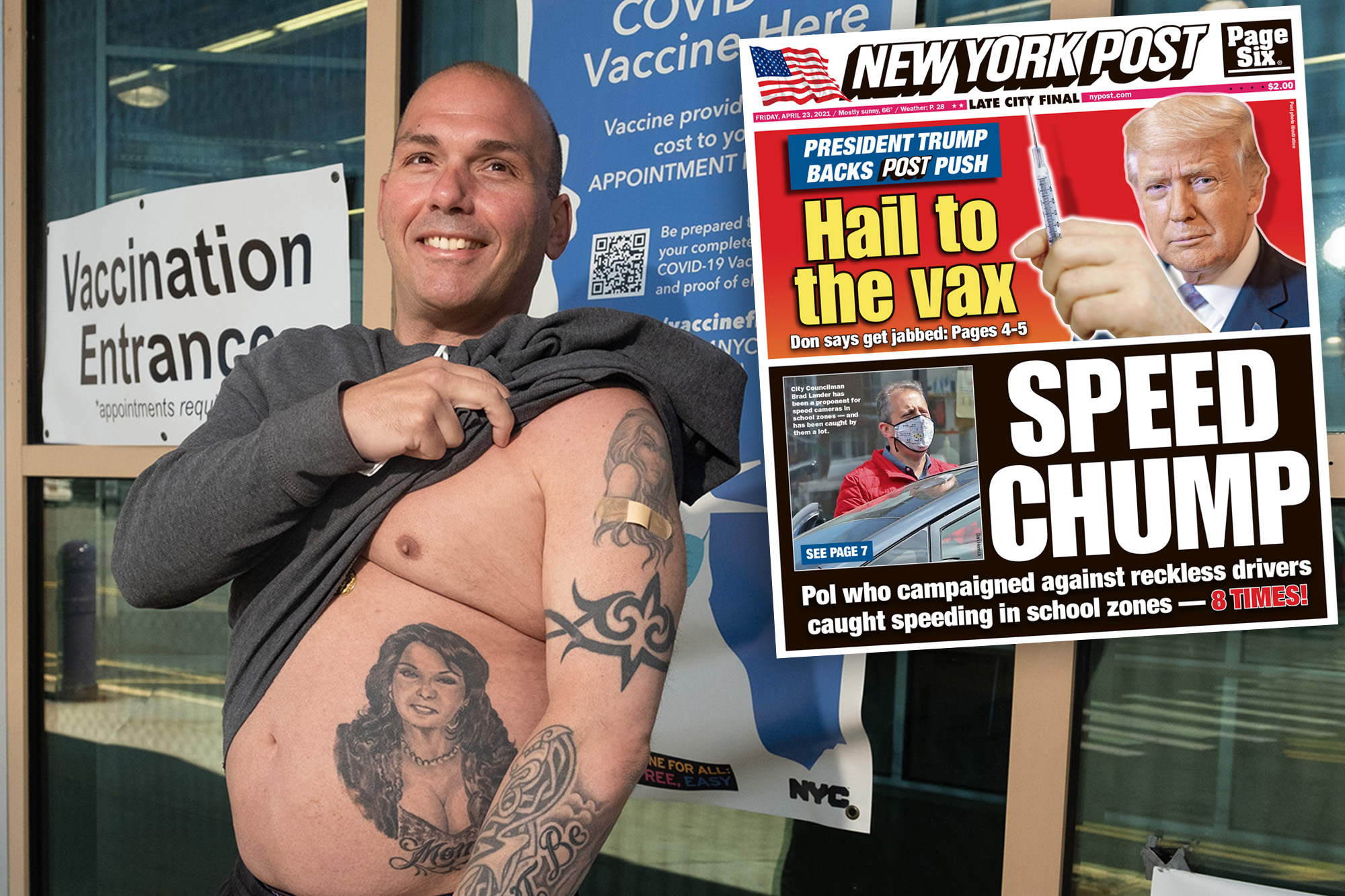 A Staten Island resident was originally “skeptical” about getting the COVID-19 vaccine — but when he saw former President Donald Trump on the cover of The Post Friday encouraging everyone to get the jab, he decided to roll up his sleeves.

“As soon as Trump said it, I was convinced to get it,” said Nick Quaranta, a 42-year-old mortgage loan officer outside of the Staten Island Mall Friday afternoon right after he got his first dose of the Pfizer vaccine.

“Trump said the other day, as reported in The Post, that everyone should get it and I’m a big Trump supporter. Not that he dictates my life but I think it’s better off getting it than getting the full blown COVID.”

Trump spoke with Post columnist Michael Goodwin on Thursday about the importance of getting the vaccine, saying while it is a personal choice, it is absolutely critical for the nation’s recovery and efforts to reach herd immunity.

Donald Trump supporter Nick Quaranta, 42, a mortgage loan officer from Staten Island says he came in to get vaccinated because the former president said to do it. Gabriella Bass for NY Post

“The vaccine is a great thing and people should take advantage of it” Trump said.

The comments came after data showed half of Big Apple adults were yet to get the shot even though thousands of appointments are available and everyone over the age of 16 have been eligible for weeks.

Quaranta said his dad told him about Trump’s comments and he made his appointment “as soon as he said it” after canceling a slot he booked weeks ago due to uncertainty.

Trump’s vax support has helped change some people’s opinion about the shot.

“It made me feel a little more comfortable that he told everyone to get it.”

The Staten Islander said Trump influenced him because he “trust[s] everything about him.”

“I was a big time supporter of him. He shut down the airways at the right time. I think he has good instincts,” Quaranta said, referencing Trump’s decision to shut down international travel at the start of the pandemic last year.