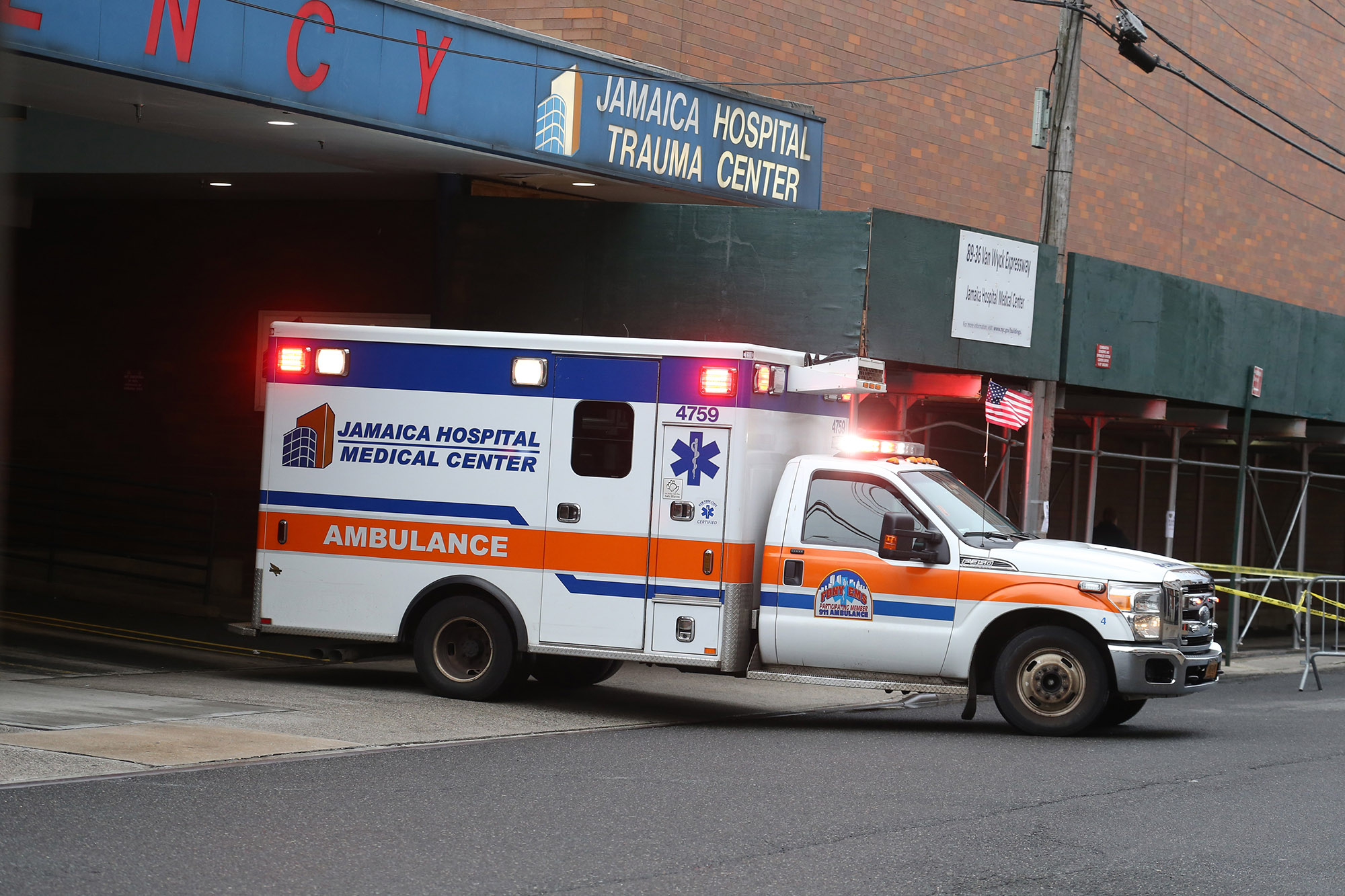 A Queens hospital that was overwhelmed with coronavirus patients in the spring has put out an urgent plea to recruit more nurses to handle an anticipated second wave of the illness this winter.

The 402-bed Jamaica Hospital Medical Center issued a job posting saying that “once again” it will need staff reinforcements to avoid getting caught short-handed with a surge of sick patients.

“Jamaica Hospital Medical Center and our affiliates need your help. Due to the increased number of COVID-19 cases now plaguing New York City and the anticipated surge of a second wave, we are now [entering] a new phase of COVID-response and are once again in need of experienced critical care, emergency room and medical surgical RNs for 12-hour flex per diem shift opportunities in our facilities,” Jamaica Hospital said in the job posting.

“If you are an experienced ER, Medical, Surgical or Critical Care nurse and willing to help us in this unprecedented fight please contact [us].”

Jamaica hospital had put out a similar appeal for staffers in late March as it dealt with the initial COVID-19 outbreak.

A Queens lawmaker whose district includes the Jamaica hospital said management there doesn’t want to scramble for reinforcements, if needed.

“It really is just being pro-active in the event of another spike,” said state Sen. Leroy Comrie.

Gov. Andrew Cuomo on Monday expressed concern about staff shortages and directed hospitals to compile a list of retired doctors and nurses that they can draw from because there are already staffing issues at some hospitals.

“I am very worried about staff shortages. I’m more concerned about the staff shortage than I am the [number of hospital] beds,” the governor said Monday.

“We can build beds. We can’t create more staff. And the staff is starting to get tired.”

Recruitment could be more difficult. During the spring, New York City was the epicenter of the deadly virus while other parts of the country were OK. Volunteer nurses and doctors came from other states to help New York hospitals handle the outbreak.

But hospitals in many other states are grappling with COVID-19 caseloads and need reinforcements.

The head of the trade group representing New York City’s 55 private and city-run hospitals insisted that staffing levels are currently sufficient to deal with a second COVID wave.

“We’re not going to see a repetition of the spring. It doesn’t mean we won’t have a bit of a challenge,” said Ken Raske, CEO of the Greater New York Hospital Association.

“We think our current inpatient staff will be able to handle the influx.”

He said hospitals have the flexibility to reassign existing staff — such as nurses and doctors who handle outpatients — to treat coronavirus patients in the emergency room or inpatient wards.

Also, Raske said staff can be redeployed among hospitals to help facilities grappling with outbreaks.

He noted 40 of the 55 hospitals belong to the same health care companies, providing the flexibility to redeploy staff including the city-run Health & Hospitals agency that manages 11 public hospitals, the NY Presbyterian hospital system, the Mount Sinai network, NYU hospitals and the Montefiore system in The Bronx.

Raske did say New York hospitals cannot count on medical volunteers from other parts of the country as they did in the spring, given the current outbreak in other states.

“That’s not going to be possible now,” he said.