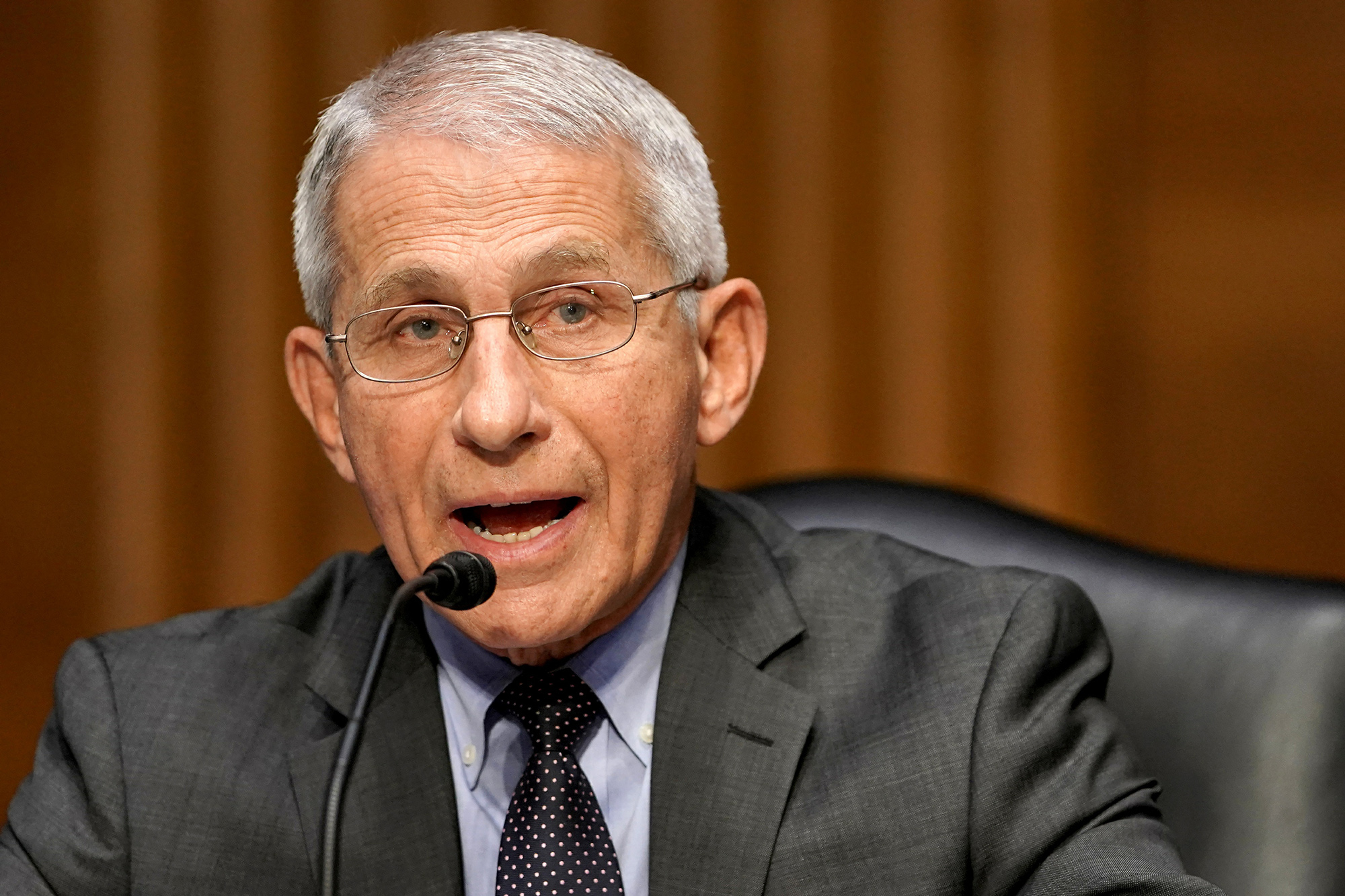 Dr. Anthony Fauci said Sunday that Americans “right now” do not need a booster shot to protect against the highly contagious Delta variant of COVID-19 — after Pfizer announced it was developing a third jab.

“Right now, given the data and the information we have, we do not need to give people a third shot, a boost, superimposed upon the two doses you get with the mRNA and the one-dose you get with J&J,” said Fauci on CNN’s “State of the Union.”

Still, the White House chief medical advisor left the door open to the possibility of recommending booster shots in the future as trials and studies into the extra dose continue.

“This isn’t something that we say, ‘No we don’t need a boost right now, the story’s ended forever.’ No, there’s a lot of working going on that examines this in real time, to see if we might need a boost,” Fauci, who serves as head of the National Institute of Allergy and Infectious Diseases, told host Jake Tapper when asked about Pfizer recommending a third jab of its vaccine.

“But right now, given the data that the [Center for Disease Control] and [Food and Drug Administration] have, they don’t feel that we need to tell people right now you need to be boosted.”

Dr. Anthony Fauci said there was a possibility of recommending booster shots in the future as trials and studies into the extra dose continue.AFP via Getty Images

In another TV appearance later Sunday morning, Fauci insisted there was no conflict between Pfizer and public health authorities regarding the potential use of a booster shot.

“Even though the CDC and the FDA correctly said, right now, we don’t feel you need a booster, that doesn’t mean that we’re not very, very actively following and gathering all of this information to see if and when we might need it,” Fauci said on ABC’s “This Week With Stephanopoulos.” “And if and when we do, we’ll have everything in place to do it.

“So even though there appears to be a conflict here, there really isn’t,” he added.

Fauci’s comments come as the rapidly spreading Delta variant — first found in India in December, and for which some vaccines are less effective — now accounts for the majority of COVID-19 cases in the US. According to the CDC, 51.7 percent of cases reported in the US for the two weeks ending July 3 were linked to the Delta variant.

In response, Pfizer and partner BioNTech said adding a third jab to the two-dose vaccination series could provide the “highest levels” of protection against all variants, including Delta.

“As seen in real-world evidence released from the Israel Ministry of Health, vaccine efficacy has declined six months post-vaccination, at the same time that the Delta variant is becoming the dominant variant in the country,” the companies told CNBC on Thursday.

Pfizer and partner BioNTech said adding a third jab to the two-dose vaccination series could provide the “highest levels” of protection against all variants.REUTERS

In Israel, Pfizer’s efficacy against the bug has dropped as the Delta variant has spread in the country, data shows. The pharma company’s vaccine success rate at preventing both infection and symptomatic disease dropped to 64 percent as of July 5 — down from the 95 percent protection it offered against the original strain of COVID-19, according to Israel’s health ministry.

Coronavirus Compelled CPI(M), Occasion That As soon as Protested Towards Computer systems, to Meet Nearly