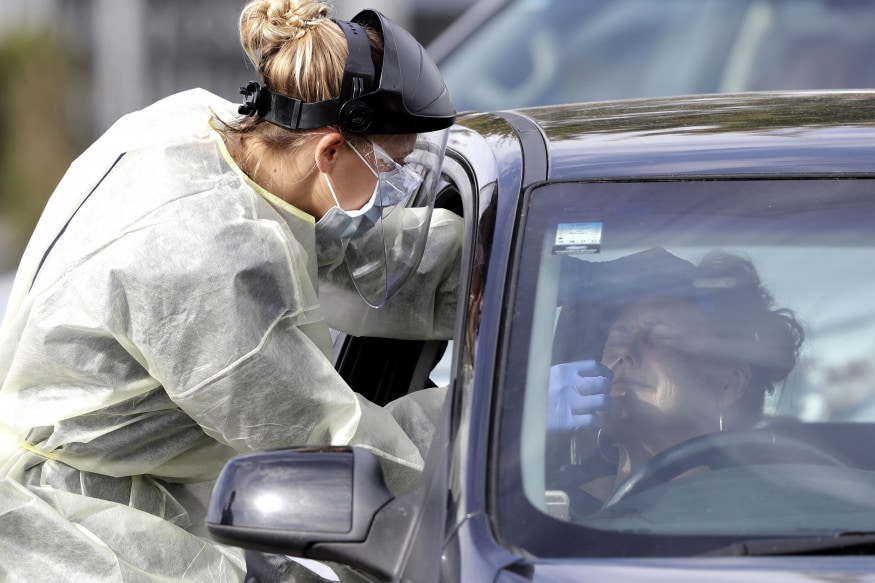 The campaign videos have been broadcast at least once a week since the beginning of April on Facebook, Twitter and YouTube and have been viewed 100,000s of times.
IANS
Last Updated: April 17, 2020, 5:00 PM IST

Wellington Police in New Zealand have created a series of comedy videos to educate the public about the coronavirus pandemic.

In one clip Officer O’Leary, played by actor Karen O’Leary, calls Prime Minister Jacinda Ardern’s partner Clarke Gayford to ask how he is coping with the lockdown while taking care of their young daughter Neve.

“We’re good, I’m tired, just trying to keep busy you know in the day, lots of walks getting out and about,” he says.

“Baked a lot of bread, I’ve made so much bread. I just can’t imagine how you’d do it with more than one kid to be honest or imagine being a solo parent in this, that wouldn’t be easy.”

O’Leary then sings a comedy song, titled “Two Metres Please”, about social distancing to get Neve back to sleep.

The campaign videos have been broadcast at least once a week since the beginning of April on Facebook, Twitter and YouTube and have been viewed 100,000s of times.

One of the most popular clips is a parody of a work meeting between the officers on the Zoom platform.

An officer appears with a baby in his arms, another speaks from his kitchen while his partner in a dressing gown prepares food and another complains that he cannot hear the conversation.

A character appears on one of the screens with different filters over their face, such as a donut, a cat, an egg and a piece of toast, while another forgets to turn on her microphone until the end of the meeting.

Another video aimed at children shows two puppets singing about different activities they can do during confinement.

New Zealand residents have been in lockdown since March 26. The restrictions are set to be reviewed on April 20.

Ardern, who has also announced an economic stimulus package, warned this week that while restrictions may be lowered they will have to remain in place for some time.

New Zealand, which has a population of just under five million people, has had around 1,400 confirmed cases and 11 deaths, according to figures from the John Hopkins University in the US.

Coronavirus vaccine may be ready by the end of the year: Trump