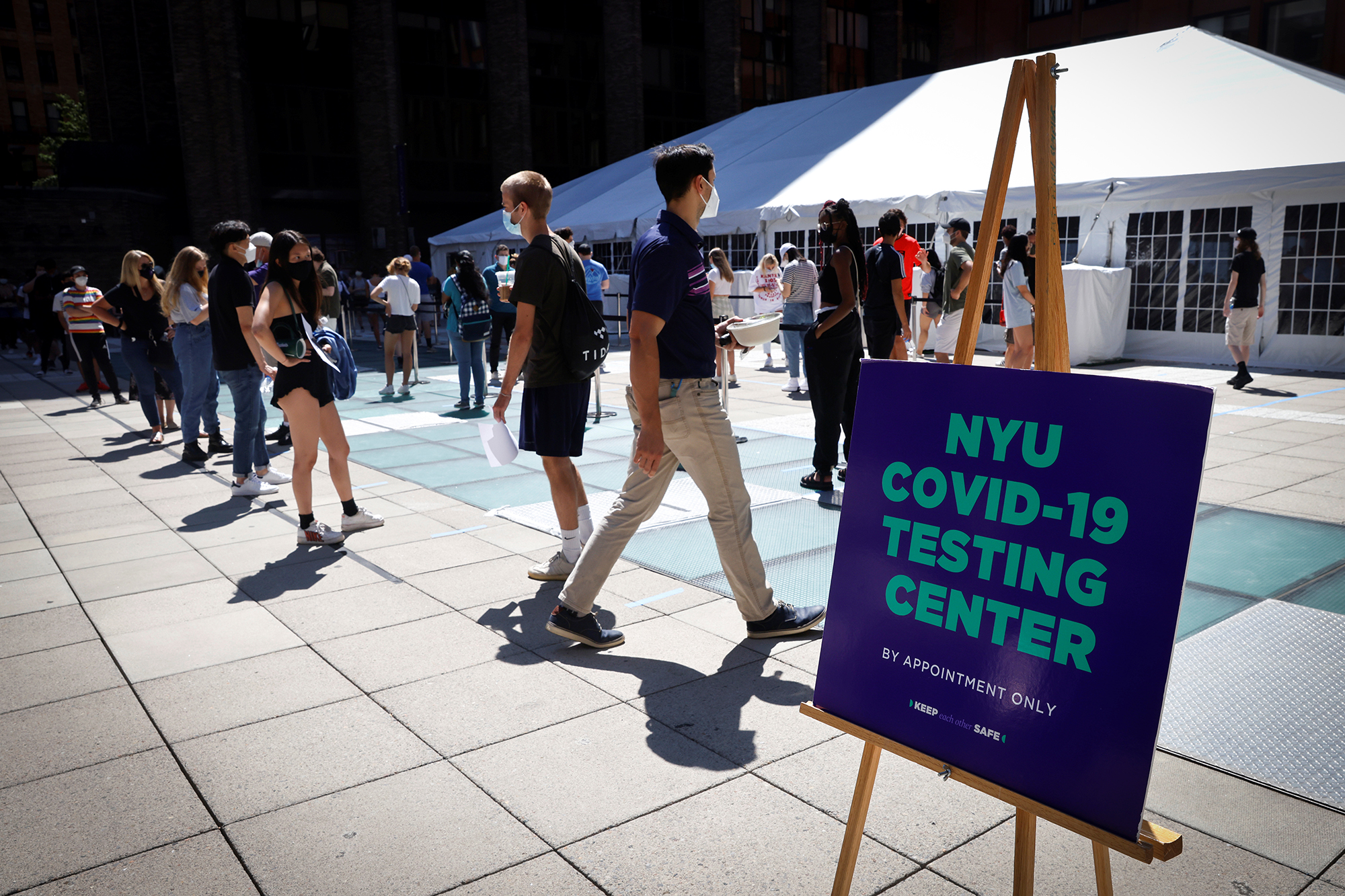 Enrollment at New York’s public colleges has dropped amid the coronavirus, according to preliminary figures obtained by The Post.

The number of students at City University of New York schools has fallen by 4.4 percent for at least the fall semester, according to early figures reported by many of its 25 campuses.

That contrasts with CUNY’s surging enrollment in previous years. Last fall, CUNY reported a 2.8 percent increase in enrollment for its freshmen class, or 40,768 new students — a record.

Still, CUNY officials said more time is needed to get a fuller picture of enrollment and analyze what impact COVID-19 has had.

“As several of our colleges are on different academic calendars, offer rolling admissions or delayed their commitment dates in response to the COVID-19 pandemic, it is premature to project a final university enrollment total,” said CUNY spokesman Frank Sobrino.

He said he could not yet provide a specific breakdown yet for CUNY’s 11 senior colleges or seven community colleges, in addition to its graduate programs.

Meanwhile, a rep for the 64-campus State University of New York system said preliminarily, enrollment is down 5 percent at its four-year colleges compared to last year. That follows a trend of decreased enrollment over the past few years.

But SUNY spokeswoman Holly Liapis stressed that the latest figure was based on early estimates and doesn’t include its community colleges.

A rep for the New York Commission on Independent Colleges and Universities said data was not yet available on fall enrollment for its member schools.

State Sen. Toby Stavisky (D-Queens), chairwoman of that body’s Higher Education Committee, said she has no doubt that the COVID-19 pandemic has hurt college enrollment.

Many colleges and universities are offering most, if not all, of their classes online to help avoid new outbreaks of the killer virus.

“Obviously COVID-19 has had a devastating effect on all colleges and universities,” Stavisky said.

Just a week or so into the new semester, local college officials have already suspended students for infractions of COVID-19 health rules, including holding illicit parties on campus. These are mostly schools — such as Syracuse University and SUNY Plattsburgh — where students live on campus in dorms.

SUNY Oneanta officials announced Sunday that they were closing the campus for at least two weeks — after more than 100 people there tested positive for the coronavirus amid large parties during opening week.

At many schools, students have had to show proof that they tested negative for the coronavirus just to gain access to campus.

Meanwhile Gov. Andrew Cuomo issued a new health order that says any colleges that report 100 or more positive cases for COVID-19 must go fully to remote learning for two weeks until the infection rate on campus is lowered.

But Stavisky also cited factors other than the pandemic for enrollment woes.

She said some of the colleges’ financial existence were “already in jeopardy” before the pandemic hit.

“Let us not forget that both the city and state have been losing population. Another contributing factor is the loss of international students who pay full `sticker price’ tuition,” the senator said.

Stavisky also noted that evidence nationally shows that some students have decided to take a year off during the pandemic.

“To help alleviate these problems, we need a stimulus package from Washington,” DC, she said.

Khalid Sheikh Mohammed to get COVID-19 vaccine in Guantanamo

Coronavirus Can Stay as much as 28 Days on Banknotes and Metal Surfaces, Finds New Examine