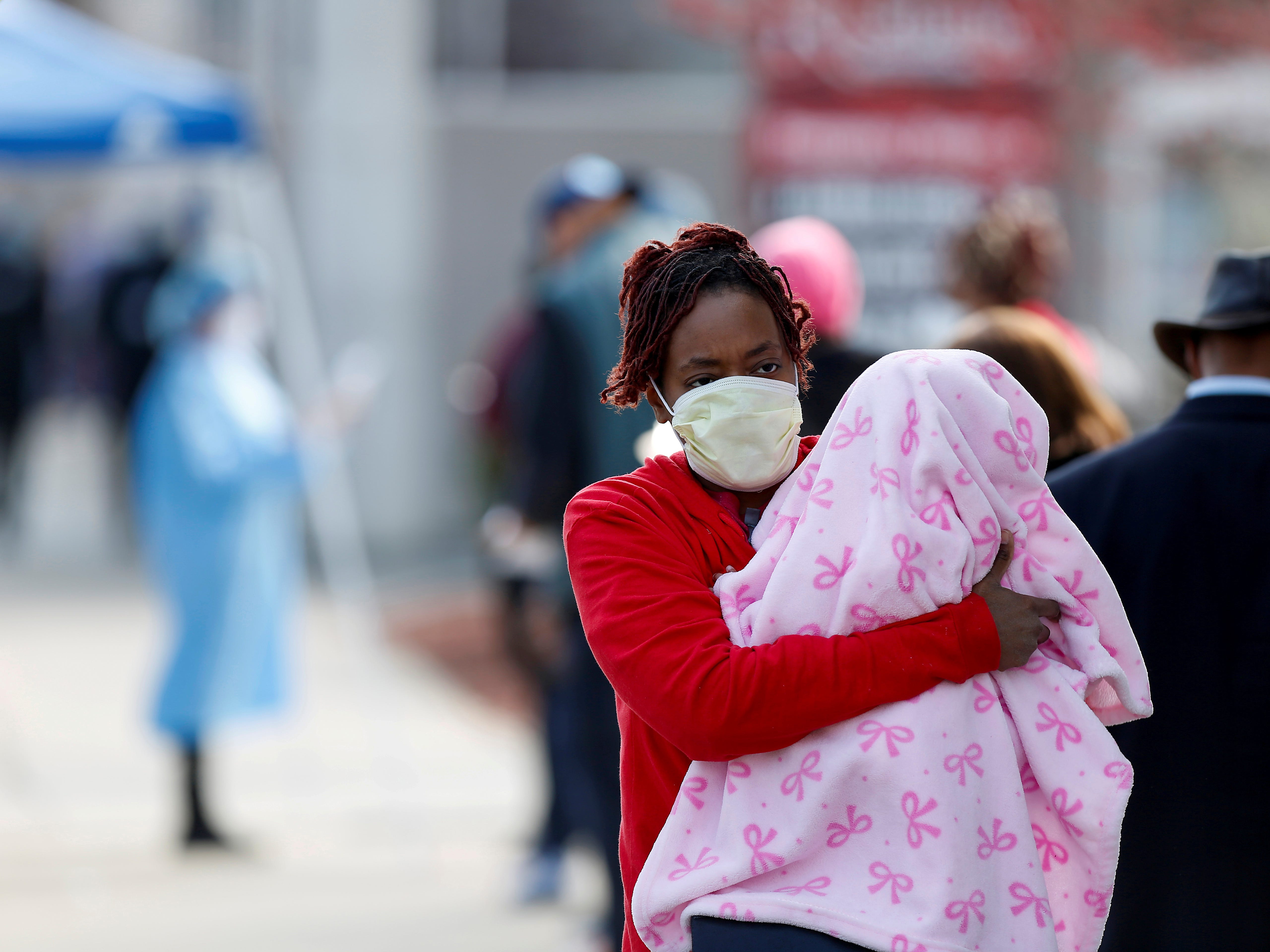 People wait in line to receive testing during the global outbreak of coronavirus in Chicago.

The illness, which de Blasio described as a rare multi-system “inflammatory syndrome,” has killed three children in the state, Gov. Andrew Cuomo announced on Saturday. One of them, a five-year-old, lived in the city, according to the mayor.

Among the 38 cases so far, nearly half tested positive for COVID-19, the disease caused by the coronavirus. Among those who tested negative, however, the vast majority had antibodies, de Blasio said at a Sunday press briefing.

While the accuracy of certain antibody tests has been called into question, they’re the only measure we have to detect past infections. They look for antibodies that the body makes to fight off the coronavirus, which stick around in the blood for a while after symptoms pass.

They work best after two weeks since symptom onset, whereas diagnostic or “molecular” tests that use swabs and take respiratory samples find the virus earlier on, experts told Business Insider.

NYC Health + Hospitals will conduct the new testing for kids with Abbott’s antibody test, according to de Blasio and the health system.

Prior to this week, only 4 deaths among children less than 10 years old had been reported in the city, according to data compiled by the health department. It’s a phenomenon that’s both relieved and confounded scientists who still aren’t sure how vulnerable children are to the virus or whether they’re able to pass it to others.

The mayor encouraged residents with children experiencing fever, rash, abdominal pain, and vomiting to contact their doctors right away, but those without doctors can call 311 instead, he added.

“To every parent out there: early detection is the key to fighting this,” de Blasio wrote on Twitter. “It can be treated. If you see these symptoms, take them seriously and act immediately.”

This article was updated on May 11 with information about the testing equipment that New York is using.