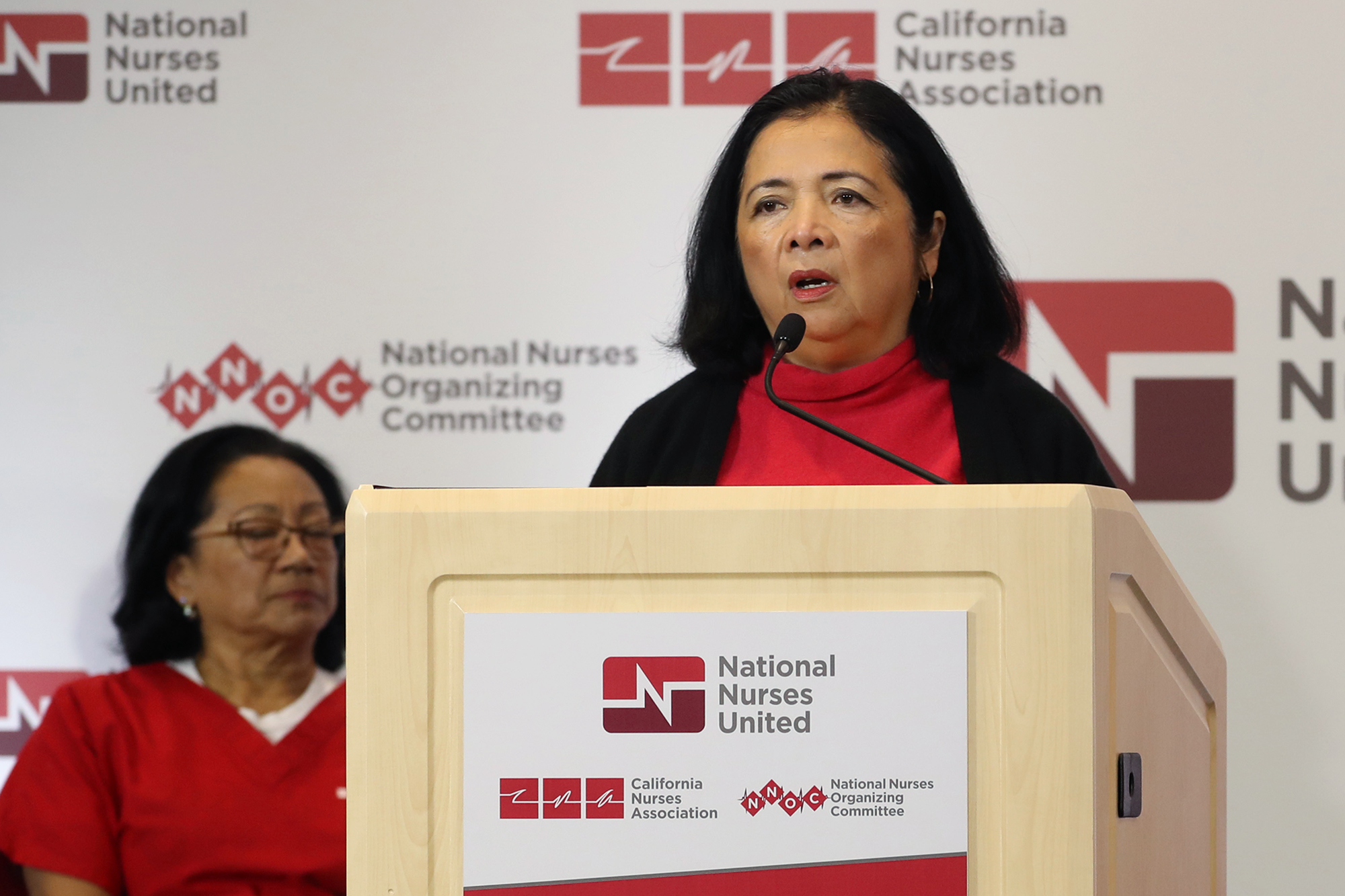 More than 1,700 health care workers have died of COVID-19 and related complications — after many of them said they didn’t have adequate personal protective equipment, according to the country’s largest nurses union.

The report released by National Nurses United also found health care workers of color have been disproportionately affected by deaths and infections and there’s been a serious undercount of figures nationwide.

“While this figure for all health care workers is higher than has been reported elsewhere, National Nurses United (NNU) believes it is a conservative estimate. These cases have been documented by NNU using media reports, social media, obituaries, union memorials, federal and state reporting, and NNU internal reporting,” the report states.

“Comprehensive disclosure and transparency with respect to Covid-related health care worker deaths have been all too rare. These deaths frequently have been met with silence or outright denials. If hospitals are not widely required to publicly disclose their deaths and infection rates, they lack important incentives not to become zones of infection. We cannot allow the more than 1,700 deaths, many of them avoidable, to be swept under the rug, and vanished from our collective memory by the health care industry.”

As of Sept. 16, NNU found an estimated 213 registered nurses have died from COVID-19 and related complications and more than 58% were nurses of color, which tracks with overall numbers linking the disproportionate impact the virus has had on communities of color.

A total of 67 nurses, or 31.5%, are Filipino, even though the demographic makes up just 4% of registered nurses in the US, the report found. Thirty-eight, or 17.8%, were black when black RNs account for a total of just 12.4% of nurses nationwide, the report found.

Further, NNU’s count of the total number of health care worker infections at 258,768 is 166% higher than the 156,306 cases that the Centers for Disease Control and Prevention has reported.

“However, we believe this total still represents a severe undercount. Just 16 states are providing infection figures for all health care workers on a daily, semiweekly, or weekly basis,” the report states.

The overwhelming majority of overall health care worker and nurse deaths happened in New York with 310 and 58 fatalities, respectively. However, California had the most infections with 35,525 cases. New York had 14,336 total infections.

Specific facility information was only available for 1,515 health care workers but it shows the majority of deaths, 70.4 percent, occurred for staffers employed in places like nursing homes, medical practices, EMS settings and “other care settings,” the report showed. Just 448, or 29.6 percent, worked in hospital settings, the report found.

NNU called on the federal government to use its authority under the Defense Production Act of 1950 to expand domestic production of personal protective equipment so health care workers can be safe while doing their jobs. The union also called on the feds to have the Occupational Safety and Health Administration establish an emergency temporary standard on infectious diseases.

“NNU believes the standard must incorporate the evidence being gathered that the Covid-19 virus transmission is likely airborne, and as reflected in the arguments presented in the early July 2020 letter sent to the World Health Organization (WHO) by 239 scientists from 32 countries calling on WHO to ‘recognize the potential for airborne spread of Covid-19,’” the report states.

“The ongoing failure to take action is costing the lives of registered nurses, other health care workers, and patients.”

Don't Miss it Constructive COVID-19 take a look at charges high 25% in some U.S. Midwest states
Up Next The coronavirus could have ‘one huge trick.’ Scientists are studying easy methods to cease it.