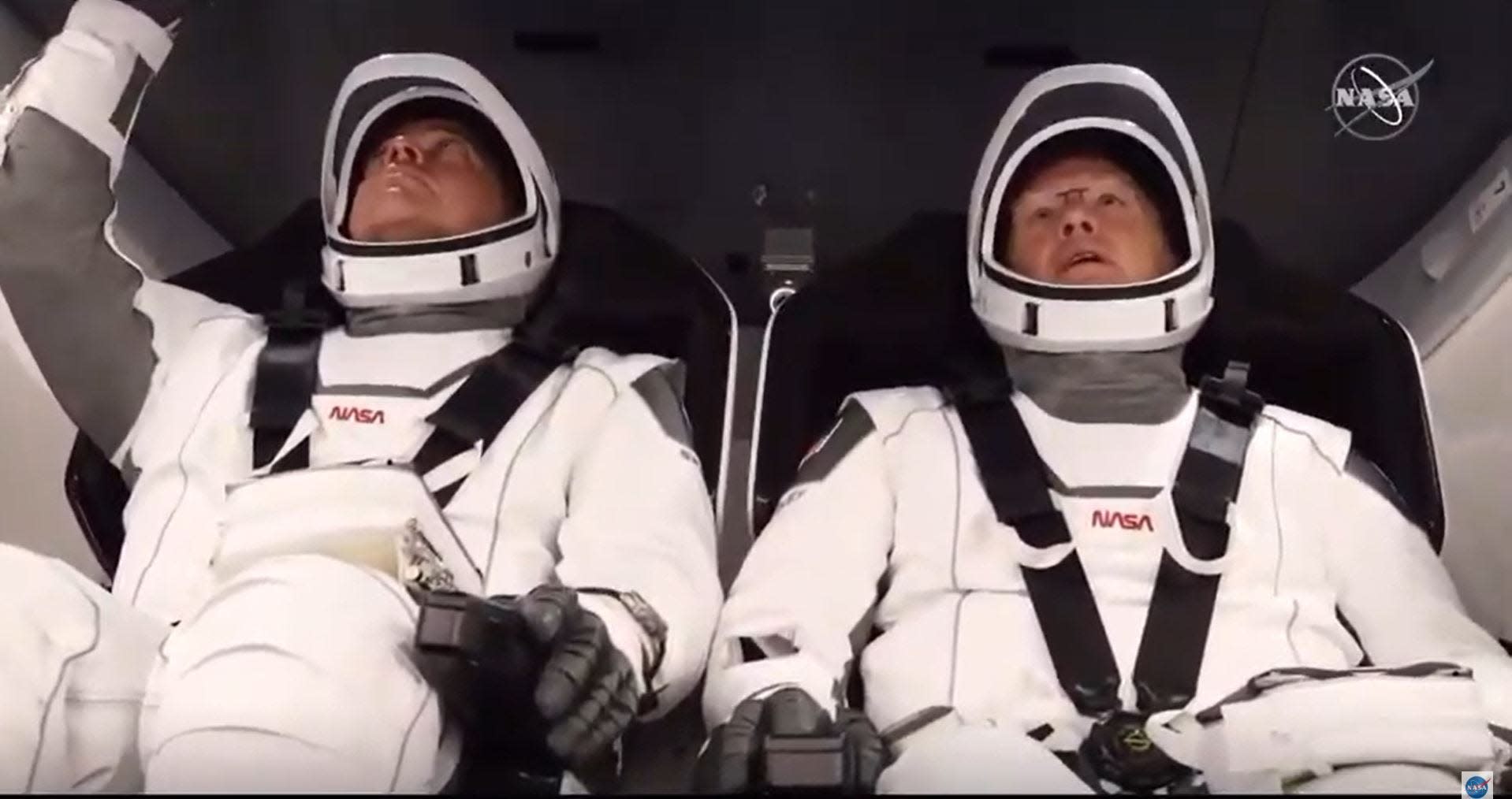 WASHINGTON – At 260 miles above Earth, it might seem easy to forget the pandemonium of a coronavirus crisis gripping the globe.

But for three U.S. astronauts – Chris Cassidy, Bob Behnken and Doug Hurley – circling the planet in the International Space Station, the angst of COVID-19 never really disappears either.

“We’re certainly worried for our families and all of mankind,” said Cassidy, commander of the orbiting lab. “It is on our mind a lot just like every citizen of the world.

“The three of us (like) most astronauts have the ability to focus on our work and compartmentalize when we need to be sharp and safe and diligent about the task at hand,” he said in an interview Tuesday with USA TODAY from the space station. “But when it’s off duty time we’re quick to find the latest news from our hometowns, our families and find out what’s going on … and we hope all the best of health for everyone.”

The three have been together for 37 days, ever since Behnken and Hurley made history by docking their SpaceX Crew Dragon capsule to the ISS on May 31 following a 19-hour flight.

Their 27-foot capsule, launched on a SpaceX Falcon 9 rocket from Kennedy Space Center in Florida on May 30 at 3:22 EST,  became the first spacecraft to carry humans from U.S. soil to the orbiting lab since NASA ended its Space Shuttle program in 2011 – and the first private one carrying humans ever to do so.

A SpaceX Falcon 9, with NASA astronauts Doug Hurley and Bob Behnken in the Dragon crew capsule, lifts off from Pad 39-A at the Kennedy Space Center in Cape Canaveral, Fla., Saturday, May 30, 2020. For the first time in nearly a decade, astronauts blasted towards orbit aboard an American rocket from American soil, a first for a private company.

For nearly a decade, NASA has relied on Moscow to ferry astronauts to the space station. Hurley praised the Russians for being “incredible” partners but called the resumption of U.S-based flights “far overdue.”

“It was a tough proposition to swallow back in 2011 when the last shuttle flight flew and we had no capability from the United States to launch us into space,” he said. “It’s great to be back in that business again.”

Plans for an early to mid-August return – which will include the first splashdown of a U.S. crew in 45 years – remain a working target but it’s too early to pin down a specific date, Behnken told USA TODAY.

More: How Elon Musk took SpaceX from an idea to the cusp of making history

“Looking at the Gulf or off the coast of Florida in August and September, you do need to wait until you have good forecasts before you can plan too far into it, just with hurricanes, thunderstorms and the dynamics that are out there,” he said. “We’ve got another two weeks or so and then a good plan ought to start coming together because the weather will be better understood.”

The crew is scheduled to conduct at least two more space walks to finish work that Cassidy and Benkhen started with earlier space walks to upgrade the batteries providing power to the station’s solar arrays.

In between station tasks, Hurley has been in the ISS cupola, taking breathtaking photos of his home planet and sharing them on social media.

“Personally, it’s trying to convey to as many people as we can just what we see with our eyes when we look out the window up here and how different it is to view the earth from space then to be standing on the Earth somewhere,” he said.

Even with the ISS traveling at five miles per second and orbiting Earth about every 90 minutes, Hurley has little trouble recognizing the Rockies, the Himalayas or the turquoise sheen of the Caribbean.

“Every time we fly over the Bahamas, that vivid blue that you see that surrounds those islands is just unbelievable,” he said.

For Hurley, the docking is familiar. In 2011, he was on the final space shuttle mission’s rendezvous with the ISS, during which his team left behind an American flag to be retrieved by the next group of astronauts launched from U.S. soil.

This article originally appeared on USA TODAY: NASA astronauts who flew on SpaceX to ISS talk about mission, COVID-19

PM Modi Will get First Dose of Covid-19 Vaccine, Twitter Lauds Him for ‘Main from the Entrance’

COVID-19 falling in every single place, with the exception of Americas and Africa