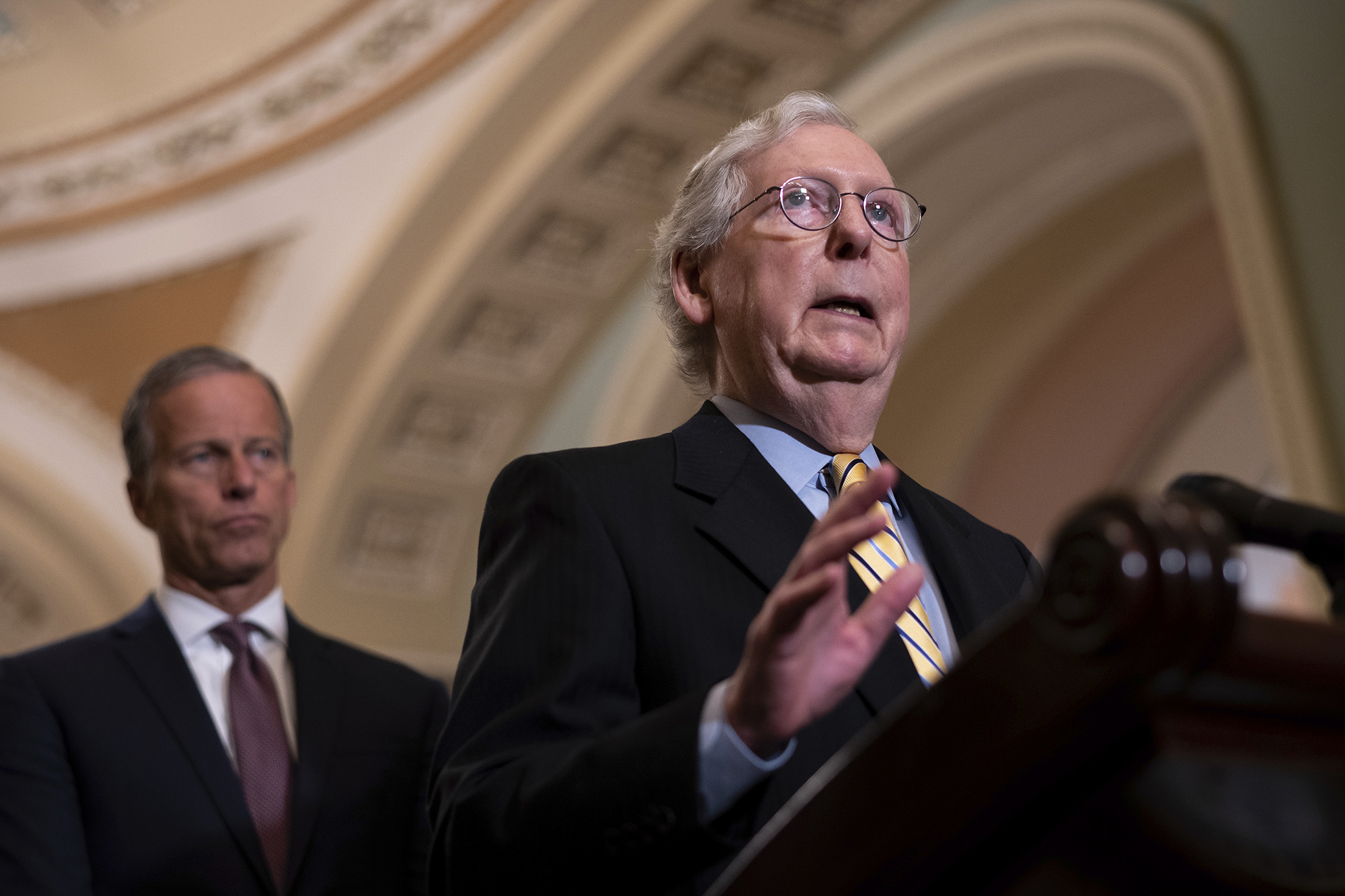 A fresh wave of pandemic lockdowns like the ones that crippled the country last year loom on the horizon if people don’t wise up and get vaccinated against COVID-19, Senate Minority Leader Mitch McConnell warned.

“These shots need to get in everybody’s arms as rapidly as possible or we´re going to be back in a situation in the fall that we don’t yearn for — that we went through last year,” McConnell (R-Ky.) said at a news conference Tuesday, adding, “This is not complicated.”

Asked about comments from Utah Gov. Spencer Cox alleging that conservative pundits are killing people with their rhetoric, McConnell stated that he encourages everybody to “ignore all of these other voices that are giving demonstrably bad advice.”

McConnell’s call to seek trusted and verified information about the virus and vaccines mirrors White House efforts this past week to counter false information that they say is spreading on social media and cable news.

“These shots need to get in everybody’s arms as rapidly as possible,” Senate Minority Leader Mitch McConnell urged.Sipa USA via AP

McConnell took to Twitter to promote his pro-vaccination remarks, tweeting a portion of them with the words “Get Vaccinated!” at the top of the tweet.

A new Axios Ipsos poll highlights the difficulties that government officials have had in convincing a significant segment of the American population to take the jab: Of the unvaccinated respondents to that poll, fully half said they are “not at all likely” to take it.

The minority leader’s statements come at a time when the Delta variant has led to a spike in COVID cases across the country, although without a corresponding increase in hospitalizations and deaths.

Roughly 97 percent of people who are currently hospitalized for COVID-19 are unvaccinated.Getty Images

McConnell noted that among those who are currently hospitalized for COVID, 97 percent are unvaccinated.

“It never occurred to me that there would be difficulty getting Americans to get the shot,” he said.

Across the country, some businesses and schools are mulling making vaccination mandatory, but thus far the White House has balked at the notion of a federal mandate to take one of the three provisionally approved vaccines.