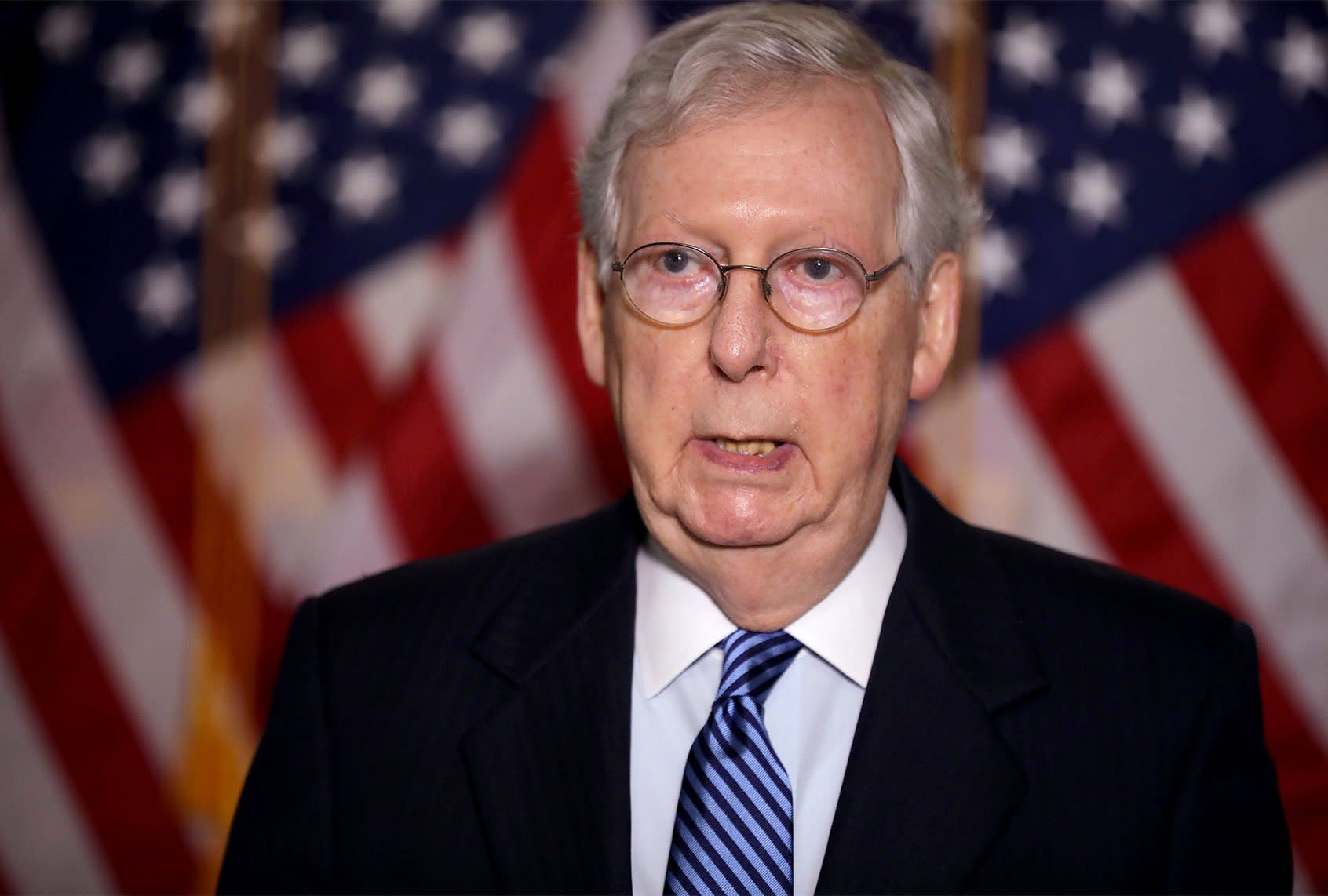 The Republican-led Senate confirmed six of President Donald Trump’s judicial nominees to lifetime appointments over two days this week, even though it has delayed crucial coronavirus relief since May.

“The Senate has confirmed six of Trump’s judicial nominees in the past 30 hours,” tweeted Vanita Gupta, the president and CEO of the Leadership Conference on Civil and Human Rights. “These are lifetime appointments that McConnell’s pushing through instead of the HEROES Act & other crucial legislation.”

Three of the judges were appointed to seats covering Los Angeles, while another was appointed to a seat covering San Diego. There are 11 additional nominees to California courts awaiting Senate confirmation.

Advocacy groups sounded the alarm over the confirmations of Dugan and McGlynn, who received support from anti-abortion organizations and signaled their opposition to abortion rights.

“Today’s vote should never have even happened. People are calling on their senators to provide relief from the COVID-19 pandemic, economic recession and the rampant anti-Black violence occurring around the country,” Anisha Singh, the director of judiciary affairs at Planned Parenthood, said in a statement. “And yet, the Senate majority continues to prioritize confirming judges for lifetime appointments — many with hostile records on reproductive and civil rights, including abortion.”

Singh called on the Senate to “immediately halt” upcoming votes, noting that the two judges’ “records demonstrate they are more likely to be threats to people’s health, rights and bodily autonomy.”

Lena Zwarensteyn, the Fair Courts campaign director at The Leadership Conference, said it was “deeply cruel” for McConnell to “prioritize his takeover of the courts” over pandemic relief.

“The confirmations of David Dugan and Stephen McGlynn put that court takeover into stark relief. Both have worked against reproductive freedom in their professional and personal capacities,” she said in a statement. “Dugan previously campaigned on an anti-abortion stance and questioned the legality of Roe. Similarly, McGlynn has been instrumental in pushing forward an anti-abortion agenda in Illinois. Their records on this and other critical civil and human rights make them unfit for lifetime positions.”

There are about 35 nominees in the Senate pipeline, but it is unclear how many the upper chamber will be able to confirm before November. Republicans could also confirm judges during the lame duck period after the election.

Senate Judiciary Chairman Lindsey Graham, R-S.C., predicted in September that the chamber would confirm another 30 judges, including ten who have been approved since then.

The latest votes came as the Senate failed to advance any tangible coronavirus relief measure for weeks after much of the funding in the $2 trillion CARES Act expired in August. Senate Majority Leader Mitch McConnell, R-Ky., has stalled relief negotiations after balking at the $3 trillion HEROES Act passed by House Democrats in May, as well as a subsequent $2.2 trillion compromise offer.

Last week, McConnell unsuccessfully attempted to pass a $300 billion relief bill, which would have slashed federal unemployment benefits and did not include either aid to hard-hit cities and states or stimulus payments. After the measure was voted down, McConnell accused Democrats of “historic” obstruction and “stonewalling” the relief effort, vowing to use the coming days to push through more of Trump’s judicial nominees.

“We are breaking Democrat filibusters on nominations, because Democrats filibustered coronavirus relief,” McConnell said in a statement.

The Senate has confirmed more than 260 judges nominated by Trump, but McConnell complained in the statement that “Senate Democrats have forced us to break more filibusters on nominations since 2017 than had occurred cumulatively in all of Senate history before President Trump was sworn in.”

Ari Berman, the author of “Give Us the Ballot: The Modern Struggle for Voting Rights in America,” argued that it was McConnell who was obstructing key votes, particularly those dealing with election protections.

The previous head of the FDA warned that the Northeast will probably get hit with one other wave of coronavirus instances, saying the virus continues to ‘rotate via totally different components of the nation’