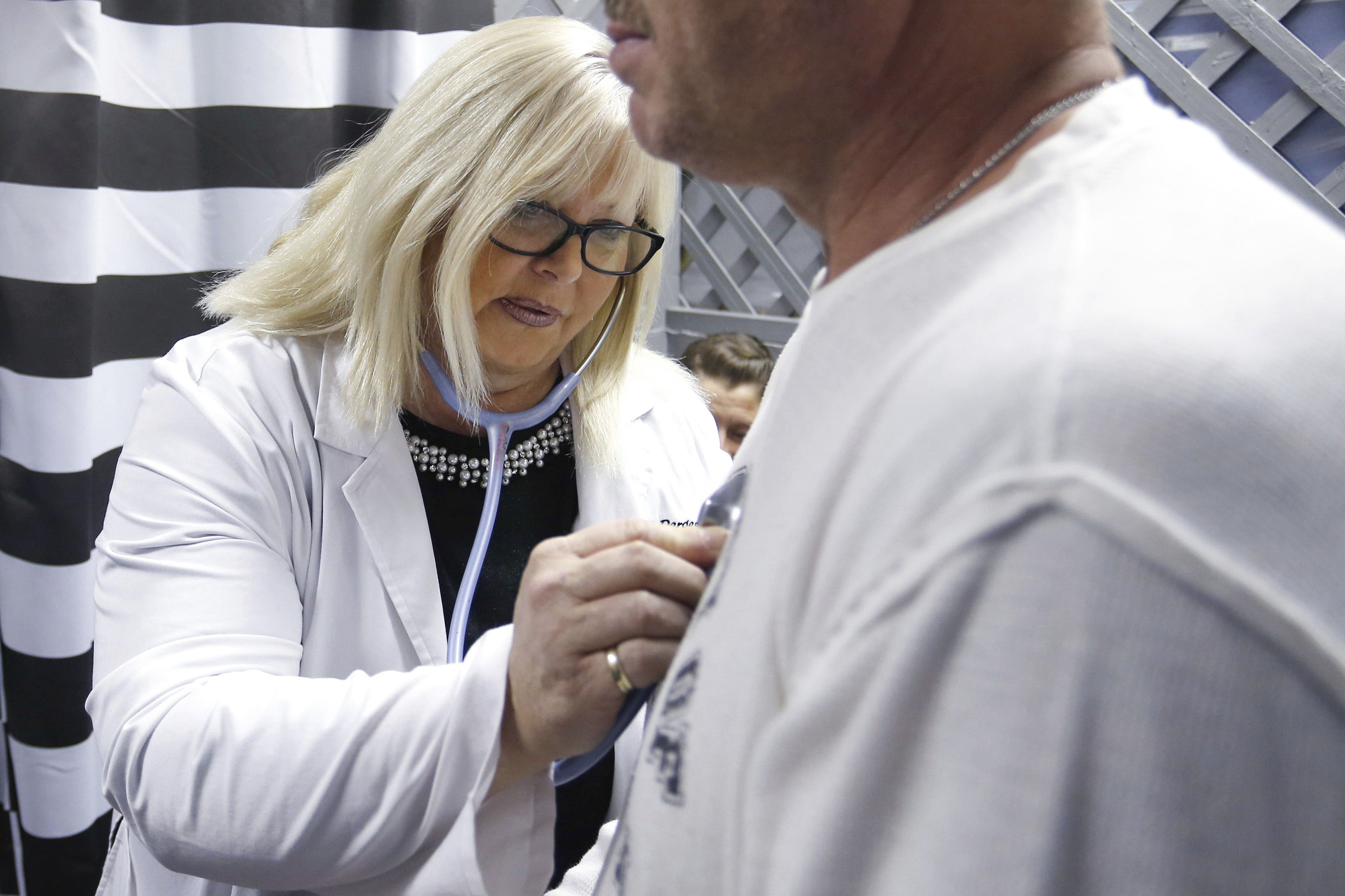 SPRINGFIELD, Mo. — A federal grand jury has indicted a Missouri state legislator on fraud charges after she falsely promoted a treatment she was selling at medical clinics as containing stem cells that could treat various diseases, including COVID-19.

Derges did not immediately respond to phone and email messages seeking comment. She was released on her own recognizance after making an initial court appearance during which she pleaded not guilty to all the charges.

Her defense attorney, Stacie Bilyeu, said that after the U.S. attorney’s office held a news conference to announce the indictment, Derges’ social media was flooded with comments by people who assumed by what they heard that she was guilty, which she called unfortunate.

“These are just allegations, these are just charges,” Bilyeu said. “Dr. Derges hasn’t been convicted of a thing and she is presumed innocent until, and if, she is — and that simply hasn’t happened yet.”

Derges, who was elected in November 2020, also allegedly wrote in an April Facebook post: “This amazing treatment stands to provide a potential cure for COVID-19 patients that is safe and natural,” according to the indictment.

A National Institutes of Health panel recommends against stem cells’ use for COVID-19 outside of clinical trials.

U.S. Attorney Tim Garrison said in a news release that Derges abused “her privileged position to enrich herself” through deception.

“The indictment alleges she lied to her patients and she lied to federal agents,” Garrison said. “As an elected official and a health care provider, she deserves to be held to a high standard. This grand jury indictment exposes her deception and holds her accountable for her actions.”

Derges is not a physician but is licensed as an assistant physician, according to the U.S. attorney’s office. She operates three Ozark Valley Medical Clinic sites in Springfield, Ozark and Branson.

Her attorney contends Derges has a medical degree, although she couldn’t immediately recall from which university.

Eight counts against Derges involve five victims who lost nearly $200,000 in a fraud scheme that lasted from December 2018 to May 2020. She is also accused in 10 counts of distributing Oxycodone and Adderall over the internet without valid prescriptions. Two counts accuse her of making false statements to federal agents.

“Derges vowed to do no harm as a health care professional and was elected to serve the people, not deceive them,” said Timothy Langan, special agent in charge of the FBI in Kansas City, Missouri. “She used her position for personal gain and damaged the public’s trust.”

A jury trial was set for March 22.

Are We Getting a Vaccine for Coronavirus and Will It Finish the Pandemic? This Twitter Thread is a Should-Learn