At a hotel-turned quarantine centre in Kashmir, the distant sound of a muezzin calling devout Muslims to prayer was all that reminded the inmates that it was Eid. That, a faint ache in the heart and a yearning for home and family. For the 13 migrant returnees cloistered in a gloomy floor of the hotel Munwarabad, home was still several moons away.

Srinagar resident and physical training teacher Mohd Shafi, 57, was attending the wedding of a friend’s daughter in Delhi when the government announced a nationwide lockdown to fight COVID-19. Within hours, all borders were sealed and inter-state travel suspended, leaving Shafi with no way to return.

It was only after May when the government eased restrictions and allowed “shramik special” trains to ply interstate when Shafi managed to book his passage home.

“All I wanted was to get home in time for Eid to be with my two daughters. Well, we did reach Kashmir but didn’t reach home,” the school teacher tells News18 over a telephonic interview.

Shafi is one of the hundreds of migrants and travellers from Jammu and Kashmir who boarded the Rajdhani Express from New Delhi railway station on Tuesday after nearly 60 days of a nationwide lockdown.

Though Shafi is glad to finally be back in Kashmir and among his own people, he fears that it still might be a few days before he gets to see his family. Only after he and all others quarantining with him test negative for COVID-19 will he be allowed to return home. But with a growing number of cases, the demand for testing kits seem to have outnumbered supply. Shafi and other inmates at the centre tell News18 that it may well be ten days before they even get the results.

When the shramik special train pulled out of Delhi on Tuesday evening, many such as 27-year-old Saifi* was anxious. In Delhi to finish work on a foreign exchange program, Saifi’s plans of going abroad had been put on hold after COVID-19 brought all international travel as well as economic and institutional activities to a halt.

After months of waiting, Saifi bought herself a first-class ticket to return home. Though Saifi followed all the precautions such as using hand sanitiser and wearing a mask, she was afraid that the lack of social distancing protocols throughout the journey may have exposed her to the deadly virus.

“There was a lot of confusion caused by lack of planning. We were not tested properly at neither Delhi nor Jammu stations,” the woman tells News18. She also said that the common bathrooms on the train remained unclean after individual use.

Upon reaching Jammu, the passengers underwent basic thermal testing for COVID-19 symptoms before boarding buses that were waiting to take them to various districts across Kashmir.

But a day’s journey stretched on for two nights after a freak landslide in Panthal Pass enroute to Srinagar cut off the road, stranding about 20 buses midway along with hundreds of passengers as well as other private cars and goods trucks.

“While we maintained social distancing on the bus, there was no way to do the same once the buses stopped due to the blockage,” Saifi recalls.

(The roadblock caused by a landslide in Panthal Pass)

It took district authorities two days to reach the spot and clear the obstruction before the buses could finally resume on Friday.

While authorities supplied essential food supplies such as biscuits, water and simple packaged meals, many had to take matters in their own hands and seek the help of locals and truck drivers to procure meals.

“There are no specific security measures for women and children. The police in Panthal where we were stuck for two days was unresponsive,” she said. A small Hindu temple in the vicinity threw open its doors to women passengers who needed to use the bathroom. Saifi tells News18 she would always be grateful to the temple priests who came to her and other women’s’ aid at a time when the government failed.

While the rest of India and other Muslims in some South Asian countries celebrated will celebrate Eid on Monday, Kashmiris celebrated Eid on Sunday. For 29-year-old web designer Mirza*, this was rather symbolic. “The moon decided to be kinder to us. Well, at least some of us,” he tells News18.

He and others at the quarantine centre had been unable to see the moon from the hotel. But while the crescent shone bright on the rest of Kashmir, heralding the end of the holy month of of Ramzan, festivities across the state remain solemn.

Mirza had left Srinagar in August last year, weeks after the controversial abrogation of Article 370 that accorded special status to the former state of Jammu & Kashmir. Since then, several analysts and observers have sensed seething anger among locals who endured one of the longest media blackouts in living history after the abrogation.

According to Mirza, who had left for Delhi to find work after his projects were stalled due to the political lockdown, the ensuing unemployment and economic stress have caused a lot of resentment, especially among the youth.

“Now, with coronavirus, even jobs in other states have dried up. I am returning home because I couldn’t find work in Delhi anymore,” Mirza says. When asked what he thought about his job prospects back in Kashmir, the IT professional remains unsure.

Originally from Chatpal village in southern Kashmir, Ahmed worked as a maker and seller of fur bags in Delhi. But with the lockdown, Ahmed ran out of work. Forced to live on his savings for two months, Ahmed worries about how he will survive and feed his family of three upon reaching home.

While the Narendra Modi government made a stream of announcements under a Rs 20 lakh crore stimulus package to revive the dipping economy and aid those hit by the crisis, Ahmed who doesn’t hold a Jan Dhan account worries that the benefits might get lost in implementation before seeping down to him. This Eid, all he hopes for is the assurance of a job and government aid in case of crisis.

As of Sunday, Kashmir recorded over 1,400 confirmed cases of coronavirus and at least 23 deaths. Despite the threat of a pandemic, however, security action and militant attacks have continued unabated. The month and a half leading up to the encounter of former teacher and Hizbul Mujahideen commander Riyaz Naikoo on May 6 saw intense violence and counteraction in the valley and the recent weeks have been tense with repeated violence and deaths of both militants and security personnel. With the lockdown and threat of coronavirus, many such as Mirza and Ahmed fear the economic repercussions might cause ruin beyond repair.

Meanwhile, residents of the quarantine centre in Munwarabad burn lamps and offer prayers in the isolation of their floors. Resigned to the wait, the 13 inmates on the floor that Shafi, Saifi, Mirza and Ahmed have started to act like a well-oiled unit. They take turns to use the utilities, maintain social distance and protect their floor from incursions of residents from other floors. At night, they share WhatsApp messages with each other regarding the latest developments on coronavirus.

“Every year on Eid, my mother cooks her famous Goshtaba and Tabakh-Maaz. This year, all we were offered to eat was rice and dal in tinfoil,” Saifi rues. But she believes that the sacrifice is essential to ensure their own safety as well as that of their families.

After all, it wasn’t all bad, she reminds herself. All of Sunday, families of quarantined inmates poured in to meet their loved ones and bring them food, albeit from a distance. Mothers met sons after months, brothers threw gifts and children cried at not being able to touch their parents. Though her mother’s mutton koftas were missing, Saifi and the others managed to pool in the dishes and put about eight dishes on the collective quarantine Eid menu.

“We have all stood in support of each other and helped in whatever way we can. In the absence of our families, we have managed to provide each other with a degree of warmth”.

Kashmiriyat, it seems, will survive even a pandemic Saifi says, even as the faint sounds of the muezzin float in once again through the static of the mobile phone, indicating maghrib namaz and the end of the interview.

When someone places a 10-day-old colt in her arms, Monica Morales squeals with delight, visibly relaxed after a few hours…

Emily Lartigue started a food bank for Disney employees who have been laid-off or furloughed during the pandemic. (Richard Hall…

Some coronavirus vaccine candidates currently under development could increase susceptibility to HIV, a group of researchers has warned. A modified… 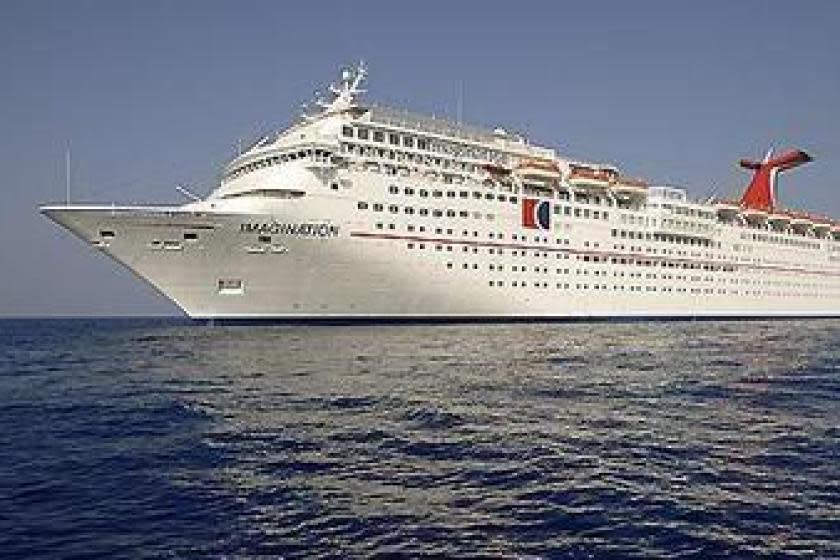 Carnival Imagination, which sailed to Mexico from Long Beach for the last six years, is being mothballed. (Orlando Sentinal) More…