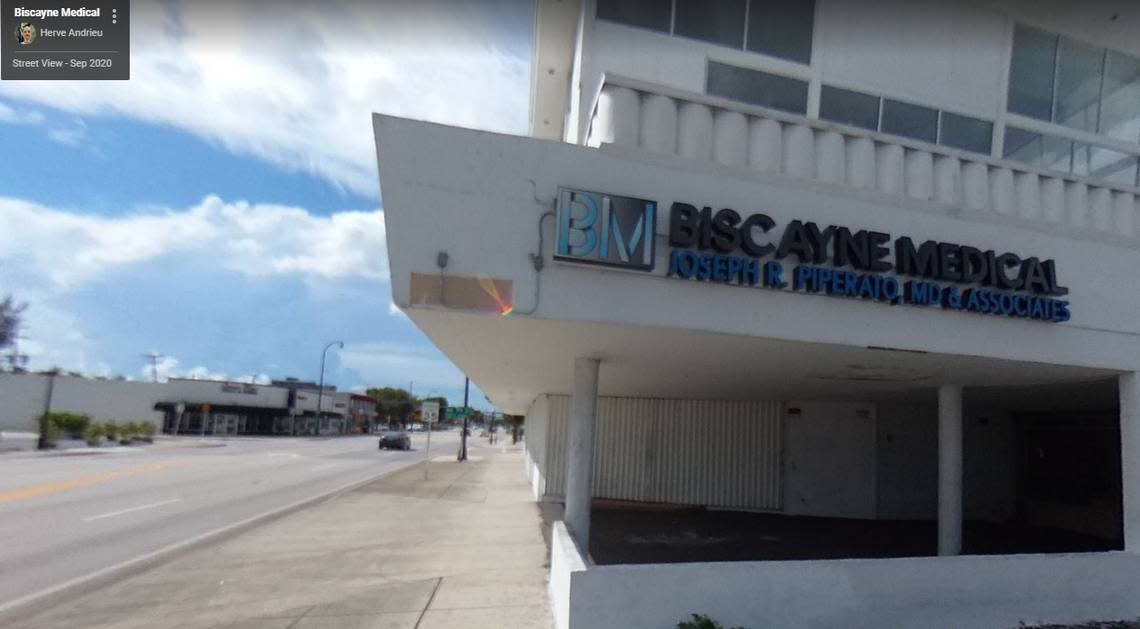 A Miami-Dade nurse practitioner and mother of a 2-year-old said she was deliberately exposed to COVID-19 by a Miami physician at their place of work. She has filed a lawsuit against him, the medical office and the hospital that owns the medical office.

The doctor she worked with, she said in the lawsuit, refused to allow the staff at their Biscayne Boulevard medical office to test for COVID-19 without his approval. When she questioned him about a cough he had, she says he got in her face and breathed on her and told her “If I’ve got it, now you’ve got it.”

Venise Jean-Baptiste and her son, Abel, got it — COVID-19 — she said in her lawsuit. Jean-Baptiste said she suffered blood clots and pulmonary embolisms as a result of the contracting the virus, the lawsuit says.

“I called my family and said, ‘This is what I want you to do with my son … just in case if I don’t make it, because I don’t think I’m going to make it,’” Jean-Baptiste told WPLG Local 10.

According to a lawsuit filed with the 11th Judicial Circuit Court in Miami-Dade on Oct. 20, Jean-Baptiste said that on March 4 she requested that she and the staff of the Project Access Foundation’s Biscayne Medical office at 8000 Biscayne Blvd., which is owned and managed by Larkin Community Hospital, be allowed to wear masks because of the coronavirus.

But she was rebuked, the lawsuit said.

So she asked if she and the staff could be allowed to use existing COVID-19 test kits. She was again denied, she said. “As the coronavirus pandemic took hold and invaded our community, she reiterated the need for staff to wear masks,” the lawsuit said, but the doctor, named in the suit as Dr. Joseph Piperato, “told [her] in no uncertain terms that her input was not appreciated.”

Jean-Baptiste, who said she is asthmatic — which can complicate COVID-19 symptoms — said she was told by Piperato that Project Access Foundation Biscayne Medical staff would not be allowed to test “because they did not want to shut the office down for two weeks if someone tested positive. So without testing, there would be no positive test,” her lawsuit said.

But Piperato “came to work with a pronounced cough” after attending the Winter Party Festival on the weekend of March 7-8, the lawsuit says.

She questioned him about his symptoms. That’s when, she said, Piperato breathed on her and told her “If I’ve got it, now you’ve got it.”

According to the lawsuit, “upon information and belief, Piperato tested positive for COVID-19.”

The suit says Piperato’s symptoms had worsened by March 17 and that he self-isolated at the clinic. He did not go into the office on March 18 after “experiencing night sweats and chills,” the suit said.

On Oct. 21, Piperato was served with the lawsuit, according to court records.

In a statement released to NBC6, Julie Allison, a Hollywood attorney representing Project Access and Piperato, said: “The allegations of the complaint are unfounded and will be aggressively defended. Project Access has at all times undertaken the steps necessary to comply with CDC and State guidelines to protect the public and its patients during the COVID pandemic and will continue to strive to protect and serve its local community.”

Jean-Baptiste is suing for damages in excess of $30,000 and is accusing Piperato of “negligent, intentional, wanton and reckless disregard for the health and safety of others.”

Don't Miss it Warsaw police detain 278 after Saturday’s protests in opposition to coronavirus restrictions
Up Next Coronavirus: What went improper in Brazil? – BBC Information