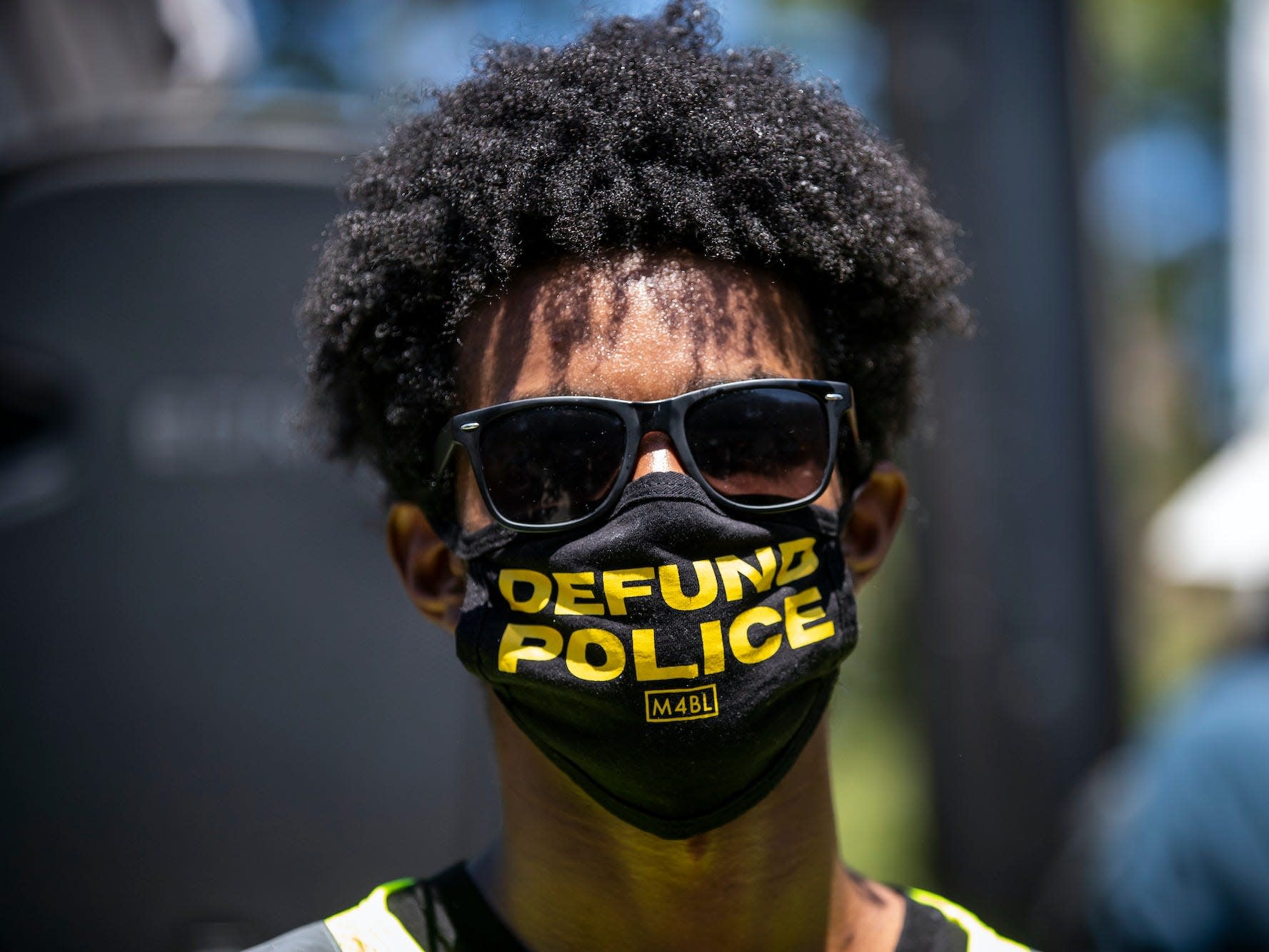 The mass protests that sprang up in late May after the killing of George Floyd have continued in cities across the country.

The risk of the coronavirus is everpresent, and it’s okay to sit out the protests if you’re worried about getting sick.

But there are plenty of other ways to help, like donating, writing, providing supplies, and diversifying your social media feeds.

It’s crucial to continue the learning process, because there will always be more work to do, even after the protests disappear from the headlines.

The killings of Ahmaud Arbery, George Floyd and Breonna Taylor catalyzed protests across the US. Many people were left wondering what to do in this moment. They finally realized they can no longer ignore the violence Black people face each day.

And nearly a month after the killing of George Floyd, these protests continue every day in cities across the country. There is a reason this moment feels different. We’re in the middle of a pandemic that disproportionately affects Black lives and people of color in general. White people are now actively and loudly mobilizing.

Now that police are seen pepper-spraying, beating, and arresting more than just Black people for participating in peaceful protest, the world is paying attention. With high unemployment rates and the inability to physically connect with loved ones, we’re glued to our screens. Americans cannot escape this collective abuse so easily. Not like before.

But here is where I must admit that I haven’t marched. I haven’t attended a protest or vigil. I haven’t joined thousands of others in New York City to fight against police brutality and white supremacy. I’m too afraid of what COVID-19 threatens to take from my body.

I feel guilty allowing others to do this important work, knowing many of them do not have the same privileges I have: health insurance, and the luxury of staying home sick from work if infected.

However, it’s important to understand our limitations, especially for Black folks like myself. Those who are immunocompromised or anxious in the face of conflict may not be meant to march under these circumstances. And that’s okay.

There are other ways to get involved beyond protesting

Author, lawyer, and activist Deepa Iyer created a model that lays out how we can tackle the system of white supremacy — during the pandemic and beyond.

Right now, there’s a heavy focus on frontline responders and disruptors. They are the folks we are seeing in the streets. They are demanding immediate change and putting their bodies at risk to challenge the status quo.

People face off with police near the Minneapolis 3rd Police Precinct. People gathered at Chicago Ave. and East 38th Street during a rally in Minneapolis on Tuesday, May 26, 2020.

But there are also those who are opening their homes to create safe spaces for protesters. We’ve seen theaters and public spaces opening their lobbies, giving protesters a place to recharge before returning to the streets. Outside of mobilizing, this kind of work can also mean lending a helping hand or shoulder to cry on. It means providing mutual aid. Donating to bail funds and grassroots organizations are all ways we care for our community.

Caretaking goes past that, though. It means creating radical joy, community, and connection. It looks like community spaces like Ethel’s Club, created for people of color. It is Brooklyn eatery Sol Sips giving out free meals to Black folks during the first week of protests, or curators like Papi Juice throwing virtual parties, with the proceeds going toward Black trans liberation.

There’s also space to create long-term, collective action. In action, these people are lawmakers like Democratic Rep. Ayanna Pressley, who introduced legislation to end qualified immunity, allowing us to hold public officials more accountable for their actions. It’s the leaders of mutual aid groups and grassroots organizations, some of whom sprang up during the pandemic, but are now using their positions to elevate and help Black communities.

Ayanna Pressley speaks before the group at a program voicing support for those protesting against police brutality against Black Americans in Boston on June 2.

Then there are the weavers, storytellers and guides. These are the connective forces of the movement. They’re artists like poet Danez Smith writing about their experience of the Minneapolis protests or author Kimberly Jones going viral breaking down the systemic ways Black folks have been brought down by this country.

If you don’t see your place in any of these roles, that doesn’t take away your responsibility to bring down white supremacy

At the end of the day, we must find what works for us. If the current social climate is taking you out of your comfort zone, that’s good. This is the time where it’s up to you to step up and learn.

It’s no longer acceptable to simply think racism is bad. One must actively confront what BIPOC experience every day. Allies should look within their own areas of interest, employment and activity and question where they can exert change.

This could mean sharing your salary or hourly rate in order to help bridge the pay gap. It could mean standing up to microaggressions, even if there are no people of color in the room.

Maybe you’re not a reader, so all of the anti-racism reading lists are going straight over your head. But you don’t suddenly have to become a professor of Africana studies overnight. Netflix did some of the work for you and created a “Black Lives Matter” collection. It’s not all-inclusive, but “Dear White People,” “Pose,” and Ava DuVernay’s “13th” are great places to start.

You can also change up your timeline, because diversifying the voices on your feed is the easiest way to expand your worldview. On Instagram, folks like @urdoingreat are making hilarious videos addressing prison abolition, racism and identity. @ckyourprivilege is an account that helps folks learn about systemic oppression, offering anti-racism courses.

On Twitter, writer and educator Eve L. Ewing has always proved to be an endless stream of knowledge. Feminista Jones tweets about everything from pop culture to ending white supremacy.

In my writing, I address mental illness, sexuality, and relationships from an intersectional lens. It may be small, but my work helps to serve as resources that acknowledge more than the white, cis-hetero abled body. This is how I challenge white supremacy daily, along with my interpersonal actions.

It is imperative to continue the learning process. There’s no excuse to continue living in blissful ignorance. The police brutality news cycle will eventually quiet until the next time a police officer decides to play judge, jury and executor. The protests will slow.

But there is always more work to do.

Gabrielle Smith is a freelance writer and poet based in Brooklyn, New York. She focuses on the topics of intersectionality, love/sex, mental illness, and identity. You can find her on Twitter and Instagram.

I’m a Black man who lived near the spot George Floyd was killed. There’s no more room for ‘Minnesota nice’ in conversations about racism.

Don't Miss it Coronavirus UK deaths rise to greater than 1,000 in greatest every day enhance – BBC Information
Up Next Patanjali Followers are Pointing at ‘Honest and Beautiful’ in Their Protection for Coronil as Covid-19 Treatment