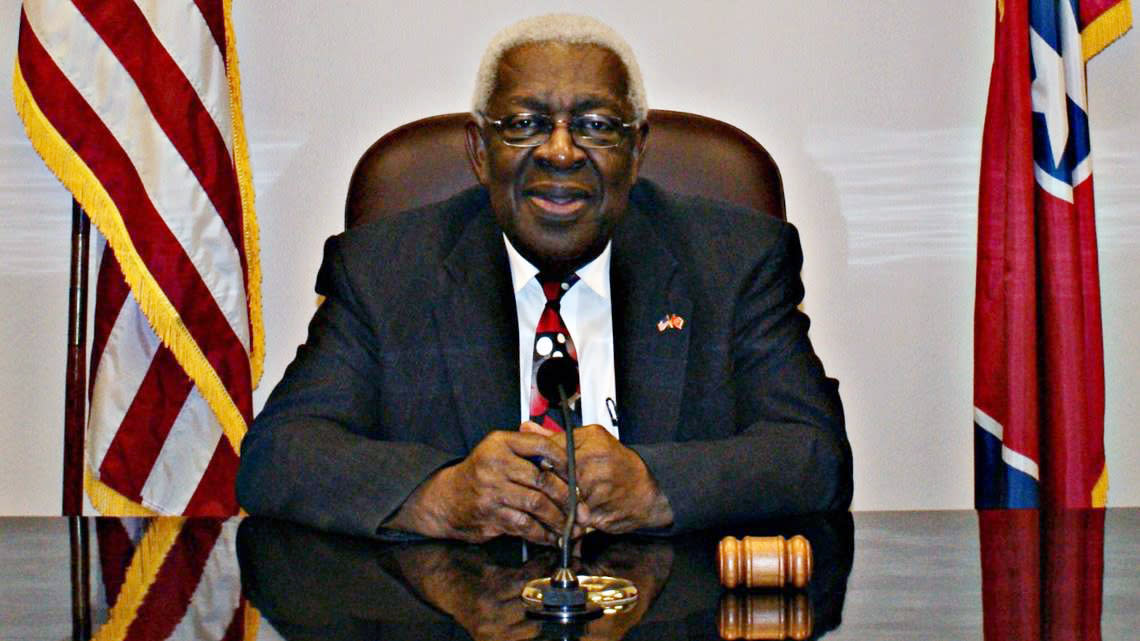 The mayor of a small town in Tennessee that hosts the Bonnaroo Music and Arts Festival died Monday of Covid-19, officials said. He was 79.

“Today we share in the sorrow of a great loss to our community,” the mayor’s office said in a news release on Monday. “Mayor Lonnie J. Norman was a dedicated servant to the people of Manchester for several years.”

Manchester Mayor Lonnie Norman was hospitalized earlier this month before dying “after a valiant fight against COVID-19,” the city said in a Facebook post Monday.

His family confirmed his death on Monday, saying many will remember his commitment to public service.

“It is said that when your work speaks for itself — let it,” Norman’s family said in a statement on Monday. “Mayor Lonnie Norman’s eight decades on this planet were filled with work that testifies to both his accomplishments and his values.”

Before entering public office in 1984, Norman worked as a technician supervisor for 40 years at the Arnold Engineer Development Complex in Tennessee, his family said. He became Manchester’s first Black mayor when he started serving in 1991.

In August, Norman was elected to his third term as mayor of Manchester, a town with a population of nearly 10,000 people in Coffee County, WPLN reported.

Among Norman’s proudest accomplishments were funding a new recreation complex, a soccer field and supporting the city’s beloved Bonnaroo Music and Arts Festival, his family said.

The music fest, which typically brings in more than 80,000 concertgoers annually, was initially postponed this year before ultimately being cancelled altogether due to the pandemic.

“The incredible, Mayor Lonnie Norman, of our hometown Manchester, TN has been hospitalized due to COVID-19,” the festival wrote on Twitter on Saturday. “The Bonnaroo family sends him all the love and hopes for a quick and speedy recovery.”

The incredible, Mayor Lonnie Norman, of our hometown Manchester, TN has been hospitalized due to COVID-19. The Bonnaroo family sends him all the love and hopes for a quick and speedy recovery. ❤️

Vice Mayor Marilyn Howard has taken over mayoral duties in the interim, according to WPLN.

Coffee County reported its highest seven-day average of Covid-19 cases in the past week, according to the Tennessee Department of Health. The county has logged a total of 1,557 cases and 17 deaths since the start of the pandemic.

Norman’s family added: “COVID-19 is real and it took our beloved Lonnie Norman from us. To his fellow public officials, we say please remember your duty to keep the public safe.”

“To our fellow citizens, we say please wear a mask, practice physical distancing, and protect public health and each other,” they said. “We are all in this together.”

Don't Miss it Contracting Coronavirus Outside is Uncommon However That Should not Cease You From Sporting a Masks
Up Next Coronavirus: Exhausting-hit Brazil removes information amid rising dying toll – BBC Information

Security guards patrol on a street outside of a shopping mall complex in Beijing – NICOLAS ASFOURI , AFP Europe…

After school Thursday, 12-year-old Abhinav pushed up his T-shirt sleeve and looked down as a needle pierced his left shoulder.…