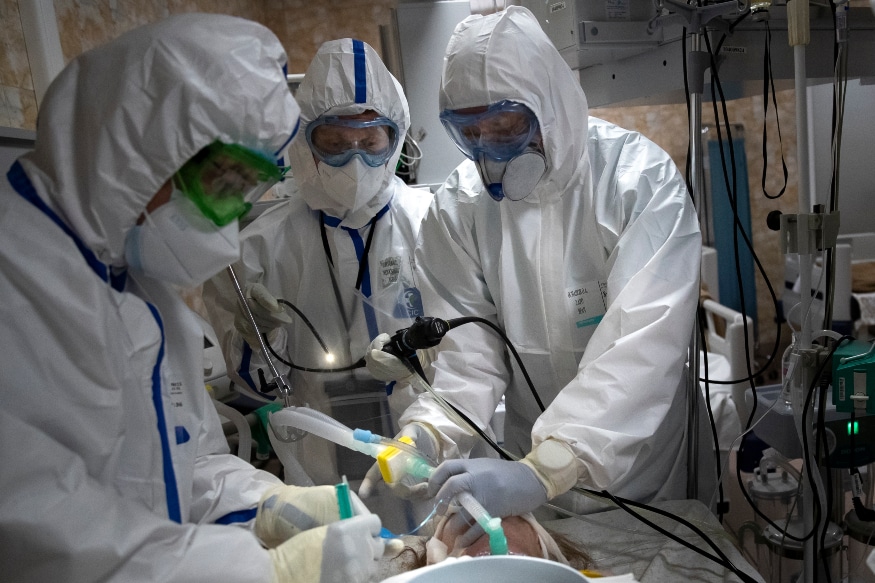 The dad-of-two had an unexpected heart, kidney and respiratory failure as well as sepsis as his body began to give up to the deadly virus.
Trending Desk
Last Updated: May 28, 2020, 6:52 PM IST

The story of a British bodybuilder’s struggle with the novel coronavirus is nothing short of a miracle, if you believe in one. After having a tough neck-in-neck tussle with the deadly virus which left him with just 1% chance of survival, this man’s willpower to come out safe of the disease has given inspiration to many.

Steve Banks, a 44-year-old bodybuilder from Essex, UK, had recently spent the toughest 2 months of his life, reports the Mirror UK. He was rushed to hospital on March 25 after he complained of deteriorated breathing. With the situation being way too critical for him, Banks soon was put into an induced coma.

He has been in the hospital ever since. Banks then opened his eyes after seven weeks and saw nurses and doctors cheering up for him for strongly fighting the difficult phase.

The dad-of-two had an unexpected heart, kidney and respiratory failure as well as sepsis as his body began to give up to the deadly virus. In fact, the doctors believed that he had a mere 1% chance of survival. The family even started writing goodbye letters to him and preparing for his funeral.

However, the hospital staff at Broomfield Hospital in Chelmsford in Essex decided to give him a tracheotomy and put on a life-support machine in the last bid to revive him. Luckily, it worked this time.

While the bodybuilder has gone pale and thin, with not even half the body weight he had before, his struggle with the deadly virus can be correctly termed as a miracle, which happens once in a while.

Coronavirus deaths at US nursing homes reach over 10,000