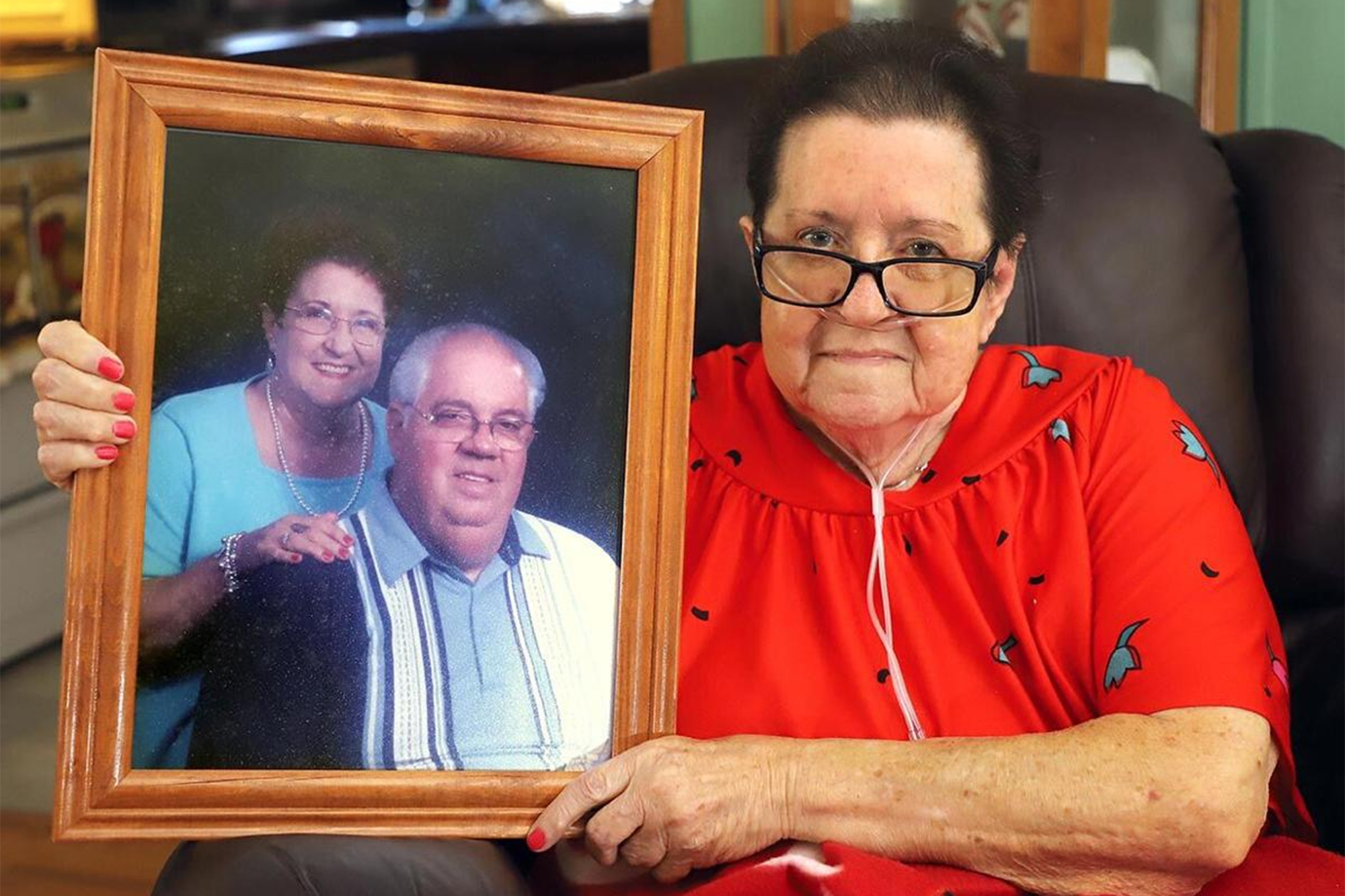 An Alabama man who refused to leave his wife’s side despite her COVID-19 diagnosis succumbed to the virus — but relatives say he wouldn’t have had it any other way.

Jimmy Smallwood, 77, decided he wasn’t going to part ways with his wife, Mary, when she was diagnosed with the bug following a Christmas family gathering that infected at least 16 relatives, the Anniston Star reported Friday.

The couple’s daughter, LaDonna, said she pleaded with Jimmy to quarantine at her home just several hundred feet from the couple’s residence near Weaver, but he refused to follow a doctor’s advice even in the face of his existing medical conditions.

“I knew with his heart, he couldn’t make it,” LaDonna told the newspaper last week. “He said ‘hush,’ that he knew he was going to heaven if he died, and he wasn’t losing his wife.”

Mary Smallwood, Jimmy’s high school sweetheart and wife of six decades, was diagnosed with the virus in early January after her lips turned purple from a lack of oxygen, her daughter said.

Phillip Smallwood, Jimmy’s son who also contracted the bug, said his father then collapsed as his blood oxygen level dipped to 60 percent.

The couple were both taken to the emergency room at Regional Medical Center in Anniston, where they were treated in its coronavirus ward just two doors apart, according to the report.

Mary Smallwood needed to be put a ventilator and later recovered, but her husband did not, ultimately succumbing to the virus-related stress and sedation needed for ventilation on Jan. 13, LaDonna Smallwood said.

Smallwood’s son said his father couldn’t be dissuaded from being kept apart from his wife despite the threat of a deadly pandemic.

“He loved his wife, and that’s the way he was,” Phillip Smallwood told the newspaper.

Mary Smallwood remembered her husband as a devout member of the Weaver Church of Christ, but insisted the father of three was in a “better place” now.

“I miss him something bad, something terrible, but I wouldn’t bring him back here for nothing in the world,” she told the Anniston Star. “He’s in a better place now. A better place than this.”

Mary Smallwood is back at home recovering with the help of an oxygen machine that she’ll need for several more weeks. She told The Post Monday during a brief interview that the couple would have celebrated their 61st wedding anniversary in November. She said she was “satisfied” by his decision not to quarantine from her.

“No, it did not cost him his life,” Smallwood, also 77, told The Post. “He only had 27 percent of his heart working and we already thought that if he had it, it would take him out of this life and it did.”