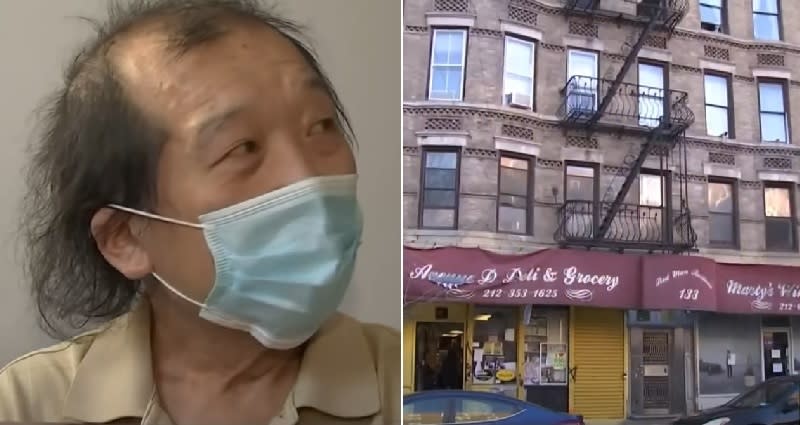 A man in New York’s East Village who spent two months fighting COVID-19 in a hospital said it felt “like a nightmare” after finding nearly all of his belongings gone from his apartment.

Ryo Nagaoka, 60, was rushed to the hospital on Jan. 27 after neighbors found him crying for help on the floor of his fifth-floor unit in Manhattan, New York, reports NBC NY.He was eventually transferred to a rehabilitation center after his conditions improved as he needed to regain his legs’ strength.When Nagaoka returned home on Wednesday, he discovered that the locks of his front door had been changed. He had to contact the building’s superintendent to get it open.

The building where the man’s apartment is situated is partly owned by “Shark Tank” investor Barbara Corcoran and former Yankee star Alex Rodriguez.”Given how badly Mr. Nagaoka’s health had deteriorated, the state of his apartment had become a clear health hazard to the rest of the residents in the building,” Corcoran said in a statement. A neighbor, who asked not to be identified, said he witnessed how the workers handled Nagaoka’s things when they went through the apartment.”It looked like stuff going to the dump. It was not things being handled with care,” the man was quoted as saying. “I don’t think it merits throwing out someone’s entire life, with documents and everything.”Nagaoka’s pet tortoise, named “Mr. Turtle” in Japanese, was spared from being mishandled as the supervisor took care of it. It was the only other possession that was returned to Nagaoka. He is unclear about where his other belongings ended up. According to a spokesperson for Corcoran, Nagaoka gave the super permission to break down the door the day he was taken to the hospital, CBS reported. According to Corcoran, the management company fully renovated the apartment, with newly painted walls, a fixed ceiling, a new stove and a refrigerator. Nagaoka had to wait a few days to get running water back to his bathroom. With no assurance that his missing items will be returned, his neighbors stepped up and have been donating an assortment of goods to his home.One neighbor also set up a fundraising campaign on GoFundMe, where, as of this writing, over $73,000 have been raised out of the $100,000 goal to help him rebuild his life. “He has no shoes, no toothbrush, no documents or ID, no passport, no fridge or stove,” the post noted. “He needs assistance to get his life back and move forward. What the management has done is so inhumane and I’m pretty sure very illegal.”Corcoran is among Nagaoka’s top donors, donating $12,000 to the page. Feature Image via NBC New York

Needle-free COVID-19 vaccines within the works: WHO scientist