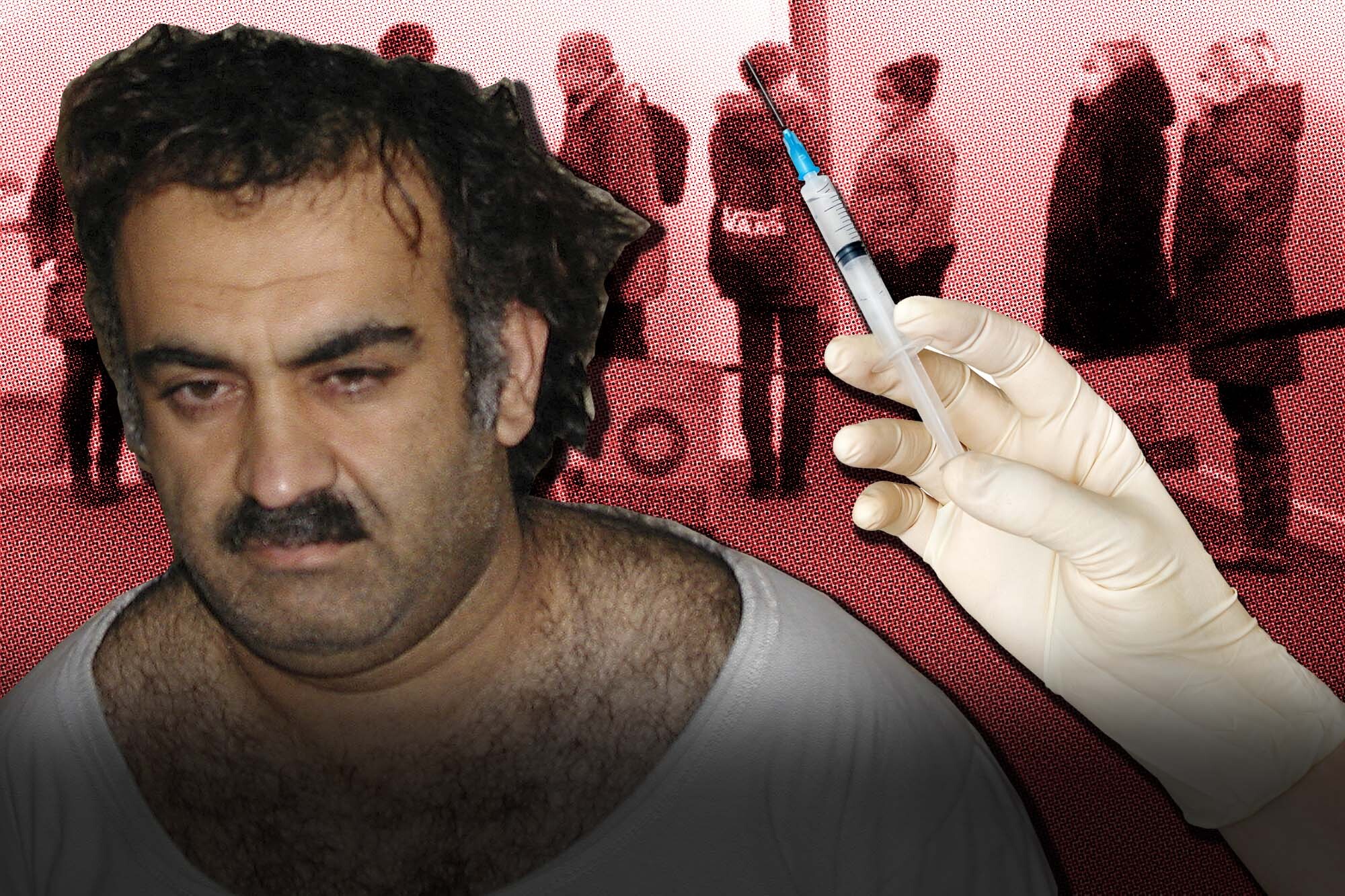 Here’s a real kick in the shin: chances are accused 9/11 mastermind Khalid Sheikh Mohammed will get the COVID vaccine before you do.

Accused terror masterminds like KSM and other detainees at Guantanamo Bay will begin receiving the coronavirus vaccine, the Pentagon confirmed Friday, even as the United States continues to experience severe shortages of the miracle jab.

A spokesman for the Department of Defense confirmed that officials had signed an order which will see COVID-19 vaccinations “offered to all detainees and prisoners.”

The shots could be given as soon as next week.

“It will be administered on a voluntary basis and in accordance with the Department’s priority distribution plan,” spokesman Michael Howard told The Post.

Forty detainees remain at the United States military prison in Cuba, including the man accused of plotting the worst attack on US soil, which claimed 2,977 inncocent lives on Sept. 11, 2001, and has since been linked to thousands of other deaths.

The Pentagon’s decision comes as states like New York complain that their cupboards are bare, forcing them to cancel a mass inoculation program, and the Biden administration warns that shortages of the jab will last well into 2021.Getty Images

The order was signed on Jan. 27 by Terry Adirim, the Principal Deputy Assistant Secretary of Defense for Health Affairs who was sworn in as a Biden appointee on Inauguration Day, a Pentagon spokesman confirmed.

The move immediately sparked outrage from New Yorkers who lived through and helped bring New York back from its darkest day.

“You can’t make this up. The ridiculousness of what we get from our government. They will run the vaccine down to those lowlifes at Guantanamo Bay before every resident of the United States of America gets it is the theater of the absurd,” said Tom Von Essen, who was city Fire Commissioner during 9/11 and lost 343 firefighters on 9/11.

“It’s f—ing nuts,” he said of KSM getting the vaccine before most Americans can.

John Feal, a demolition supervisor at the Ground Zero pile in the aftermath of the attacks who has various 9/11-related illnesses, and who has not yet gotten the vaccine, was stunned by the news.

“The fact that the 9/11 community can’t get the vaccine and the terrorists can show how backward our government is,” he told The Post. “It’s the most ludicrous thing I’ve ever heard. It’s an insult to the people who ran into the towers and were killed and those who worked on the pile for months and are ill.”

The average 9/11 responder was 38 at the time and are now age 58-59, short of the cutoff to get the vaccine in New York, said Feal, who runs the Feal Good Foundation, an advocacy group for 9/11 responders and who helped push Congress to permanently extend the 9/11 Victims Compensation Fund.

Sullivan added it’s a scandal that the terrorists haven’t faced justice approaching the 20th anniversary of the Sept. 11 attacks. “This news adds insult to injury. It’s slap in the face to the 9/11 victims’ families,” Sullivan said.

“This year will be the 20th anniversary and the terrorists are still at Guantanamo. And now we’re going to give them the COVID vaccine. It’s just insane.”

Two other men, accused of being accomplices to the 2002 nightclub bombings in Bali, which killed 202 people, would also be in line to get the vaccines under the Defense Dept. order.

The Pentagon’s decision comes as states like New York complain that their cupboards are bare, forcing them to cancel a mass inoculation program, and the Biden administration warns that shortages of the jab will last well into 2021.

On Tuesday, The Post revealed that thousands of New York City teachers have had their COVID-19 vaccine appointments canceled due to dwindling supply and scheduling snafus.

“It is inexcusable and un-American that President Biden is choosing to prioritize convicted terrorists in Gitmo over vulnerable American seniors or veterans,” said Rep. Elise Stefanik (R-NY).

Retired FDNY Lt. Michael O’Connell worked search and rescue when the towers fell. It left him with sarcoidosis, an auto immune disease.

“This is a real kick in the balls. It’s very upsetting. It’s absolutely disgusting,” he said of the Gitmo vaccination order.

“These terrorists committed harm but the patriots are the one who have to wait to get vaccinated. We responded within 10 seconds of when the first plane crashed into the building. Here we are a year later [since the COVID-19 outbreak] and the politicians can’t get it right on the coronavirus vaccine.”