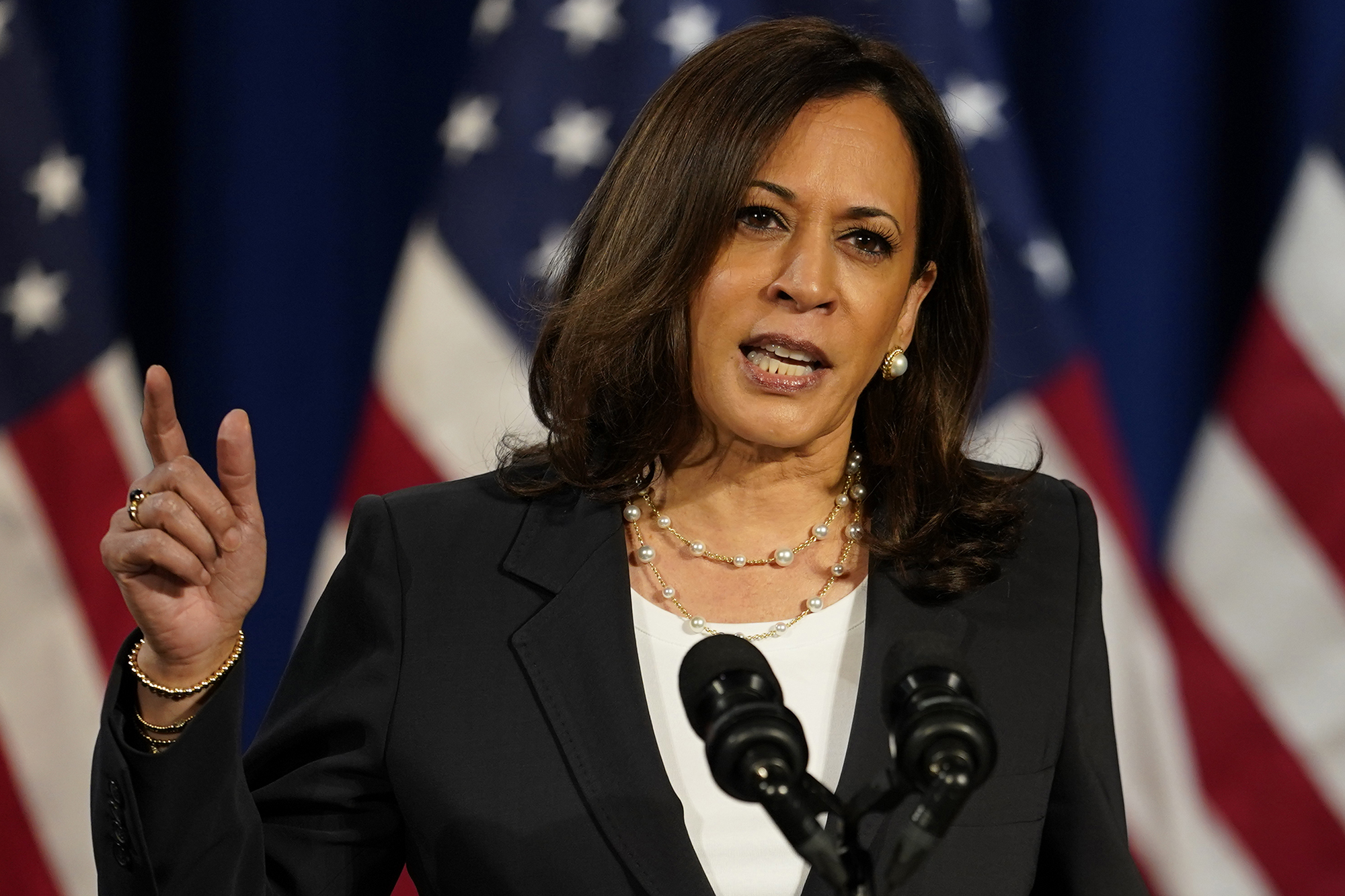 WASHINGTON — Kamala Harris accused President Trump of failing in his duty to protect the American people during a speech in Washington, DC, ahead of the closing night of the 2020 Republican National Convention.

The Democratic vice presidential nominee delivered a 20-minute address attacking Trump’s handling of the coronavirus pandemic as a pre-rebuttal to his closing speech at the GOP gathering where he will be officially crowned his party’s nominee.

“Instead of rising to meet the most difficult moment of his presidency, Donald Trump froze. He was scared,” Harris claimed from an auditorium at George Washington University.

The former prosecutor also asserted that the convention was designed for the sole purpose of stroking Trump’s ego and blasted what she called his “deadly incompetence” during the pandemic which has so far killed 180,000 people in the US and infected 5.8 million.

“Donald Trump doesn’t understand the presidency. He thinks it’s all about him. Well, it’s not. It’s about you, it’s about all of us: the people,” Harris said.

“Donald Trump has failed at the most basic and important job of the president of the United States — he’s failed to protect the American people,” she continued.

“It’s his duty. it’s an obligation to protect us, and yet he failed us miserably.”

Biden and Harris launched a concerted counter-programming effort on Thursday ahead of Trump’s appearance, with Biden calling into liberal networks CNN and MSNBC to claim Trump was “rooting” for violence in a bid to cling to power.

The Democratic ticket has been sidelined amid the GOP convention and for unknown reasons, continue to dodge the campaign trail and events where they would take questions from reporters.

Harris, the sharper orator of the pair with Biden dogged by Trump’s questions about his mental acuity, attempted to contrast the president with Biden and said her running mate had a plan to deal with the deadly virus.

“Guys, all we needed was a competent president; one who was willing to listen, willing to lead, take responsibility, have a plan, do their job. Well, Joe Biden will be that president.”

She accused Trump of being soft on China and fixating on the stock market as the infection rate grew.

“Here’s what you have to understand about the nature of a pandemic: it’s relentless. You can’t stop it with a tweet,” she said.