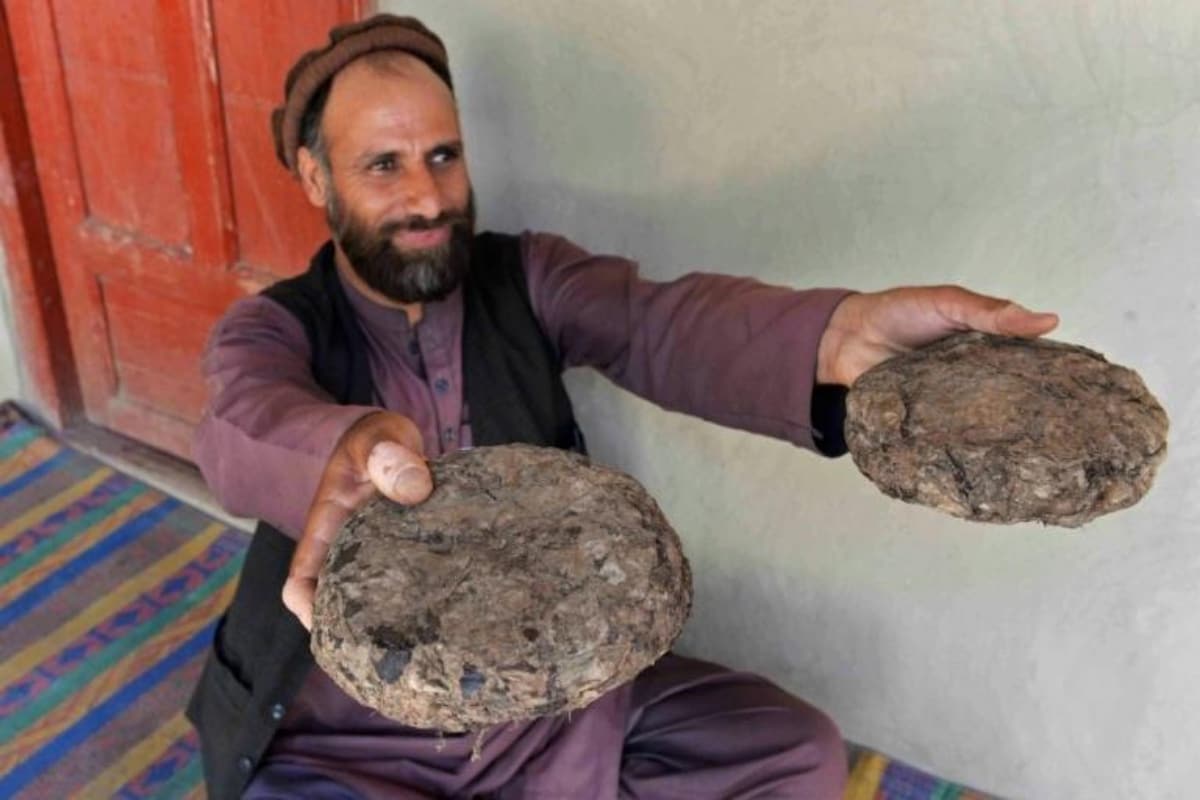 A farmer in Nangarhar province displays packages of opium

Afghanistan has long been the world’s top grower of opium, producing more than 80 percent of the global supply and providing hundreds of thousands of jobs in the perennially cash-strapped economy.

Afghans pushed out of work by the coronavirus pandemic after businesses and schools were shuttered have turned to opium cultivation for cash during this year’s poppy harvest.

Afghanistan has long been the world’s top grower of opium, producing more than 80 percent of the global supply and providing hundreds of thousands of jobs in the perennially cash-strapped economy.

A coronavirus lockdown and travel restrictions saw trade grind to a halt and many businesses were forced to lay off staff, in a conflict-riven country where stable jobs are already rare.

“Because of the coronavirus I lost my job. I have a family of 12 members, I am the breadwinner,” said Fazily, 42, a mechanic in the central province of Uruzgan who, like many Afghans, goes by one name.

“I have no other way but to work in poppy fields to make some money.”

Farmers usually rely on a seasonal labour force for the spring and summer harvesting months but the coronavirus pandemic meant many were unwilling or unable to travel for the work.

A report published by the UN’s Office on Drugs and Crime (UNODC) in June found a shortage of workers had been observed “in the western and southern provinces of the country, mainly due to the closure of a border crossing with Pakistan”.

Students unable to go to school because of the lockdown were among those who filled in, heading to the opium poppy fields looking to make quick cash.

“Our school is closed and I have enough time to go work in a poppy field and make some money,” said Nazir Ahmad, an 18-year-old student in Kandahar.

“About 20 of my classmates are also working here.”

More than 38,000 cases of coronavirus have been declared in Afghanistan and more than 1,400 deaths, though the health ministry estimated earlier this month that a third of the population has likely contracted the disease.

A months-long lockdown, which has mainly affected cities, has slowly been lifted since the beginning of August, with some schools, wedding halls and markets reopening.

Despite myriad eradication programmes over the years, Afghan farmers continue to grow poppies with near impunity, as both government officials and the Taliban often profit from the lucrative trade.

Most poppy production is centred in the Taliban-controlled southern strongholds, although opium is also grown along the country’s eastern border with Pakistan.

“There were no jobs, and a lot of people, especially my relatives and villagers, resorted to poppy cultivation due to joblessness,” Musafir, a resident of Khogyani district of eastern Nangarhar province, told AFP.

The Taliban has long profited from poppies by taxing farmers and traffickers, and running its own drug-making factories that turn raw opium into morphine or heroin for export, with drugs then trafficked through neighbouring Pakistan and Iran.

International donors have spent billions of dollars on counter-narcotics drives in Afghanistan over the past decade, including programmes to encourage farmers to switch to other cash crops such as saffron.

But efforts to move farmers away from their lucrative but dangerous poppies have met with little success.

“The forced-eradication policy has not worked in the past 18 years,” said Hayatullah Hayat, governor of southern Kandahar province.

“Unfortunately, Kandahar faces an increase in poppy cultivation this year.”