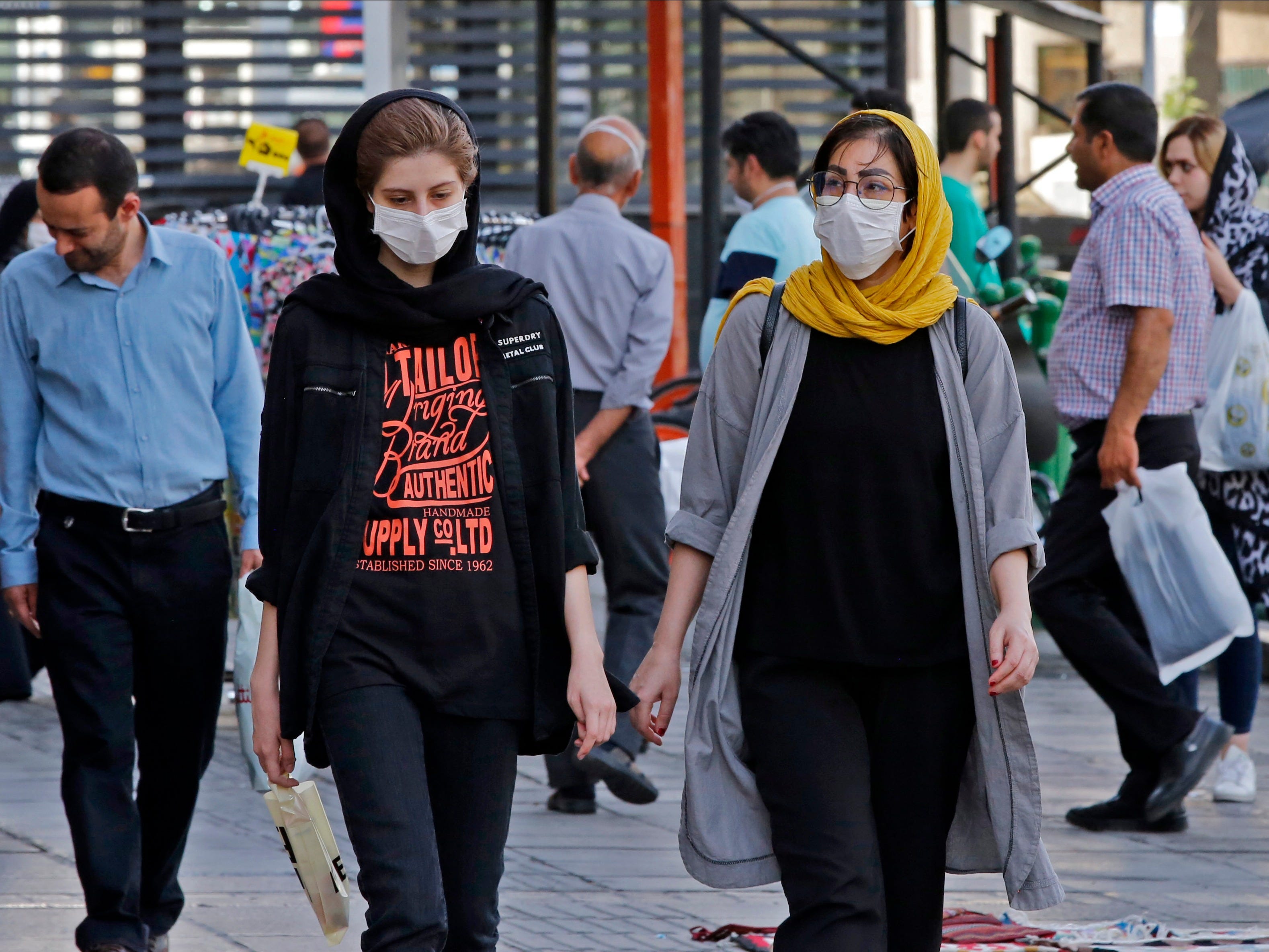 Iranians, some wearing face masks, walk along a street in Tehran on June 3, 2020.

The number of people who have died with COVID-19 in Iran is far higher than the government has publicly admitted, according to figures leaked to BBC Persian.

The official number of cumulative infections was also far higher in the leaked figure than the official one.

Iran, the worst-hit country in the Middle East, has been accused of covering up its coronavirus cases since early in the pandemic.

It is now deep in a resurgence of the virus that the BBC figures show is even worse than had been reported before.

The number of people who have died with COVID-19 in Iran is nearly three times the official figure, according to an investigation by the BBC.

The government’s count of infections is also far lower than its public figure, according to leaked internal numbers sent to the BBC’s Persian-language service.

Likewise, the cumulative count of infections was 451,024 that day, according to the leaked figures, compared to a public count of 278,827.

The BBC was sent the figures by an anonymous source. The network said the the records were highly detailed, and tallied with records it had seen independently.

The leaked files also show that the country’s first coronavirus death was January 22, nearly a month earlier than the government previously admitted, the BBC reported.

Several countries, including Brazil and the US, have also realized that their first coronavirus deaths came earlier than previously thought.

In the US, a two women who died in early February were later identified as having died with COVID-19, according to Bloomberg, moving the date of the first COVID-19 death forward by two weeks.

Iran was one of the first coronavirus hotspots early in the pandemic, and remains the worst-hit nation in the Middle East, even according to the lower public figures.

There has long been suspicion around Iran’s coronavirus figures. In February, when the virus was only know to be spreading in a few countries, a BBC Persian report said that deaths were being covered up.

Citing sources in Iran’s hospital system, the BBC said that 210 people had died with the virus, rather than the public figure of 34.

At that time, deputy health minister Iraj Harirchi denied that there had been a cover-up.

Iran has seen a major resurgence in the virus since it began to relax lockdown restrictions in mid-April. Cases continued to drop until May 2, but soon began to climb again.