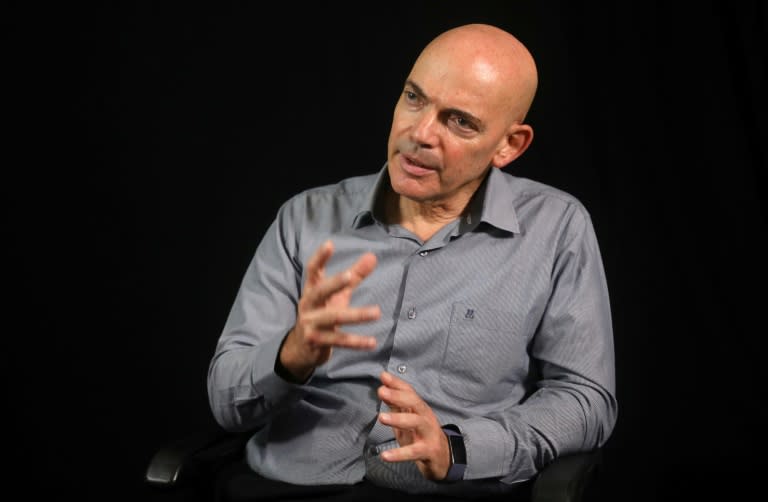 Tel Aviv (AFP) – Daniel Gold, who led the team that invented Israel’s Iron Dome missile defence system, has a history of safeguarding the country against what he identifies as existential threats.

With the nation facing surging coronavirus cases amid a pandemic that has triggered unprecedented economic hardship, Gold is trying to replicate his Iron Dome breakthrough in protecting Israel against the virus.

Gold, who heads Israel’s Defence Research and Development Directorate and holds PhDs in electronic engineering and business management, has become a celebrated figure in the Jewish state.

Iron Dome faced widespread scepticism over its effectiveness before it was deployed in 2011, but it has since been credited with intercepting countless rockets fired from the Gaza Strip.

“Tel Aviv was empty” at the time, he said in an interview at Israel’s defence ministry. “I decided we had to do something.”

In 2004, when Gold was a general heading R&D for the defence ministry, he resolved to move forward, even without the full backing of Israel’s defence establishment.

“I anticipated (rocket-fire) would be a main threat to Israel… a major threat with no solution,” he said.

“I told my superiors, give me the money. I will do it… All the hierarchy said no. The government said no.”

They developed two dozen missile defence concepts, scrapped them all, then started from scratch.

In 2007, Iron Dome was formally selected as Israel’s missile defence system. The same year, the Islamist group Hamas took control of Gaza in 2007.

Its fighters and militants from other jihadist groups have since lobbed thousands of rockets and other projectiles towards Israel.

Israel has imposed a strict blockade on the territory that it says is necessary to contain Hamas but which critics argue amounts to collective punishment and deepens Gaza’s humanitarian crisis.

Gold said his motivation for designing Iron Dome was to “save lives” and “maintain the continuity of life in Israel”.

Even in times of crisis, with rockets raining down, he said he wanted people to “at least (be able) to go to work”.

The nature of the pandemic threat may be different, but Gold’s motivations in combatting the virus are strikingly similar.

Since developing Iron Dome, he has retired from the army and worked in the private sector before returning to the defence ministry as a civilian to lead its R&D directorate.

In early March, during a meeting at Prime Minister’s Benjamin Netanyahu’s office, he realised the gravity of the coronavirus threat, he said.

His department’s coronavirus work has focused on three areas: “life-saving”, including domestic production of ventilators, helping the health system prepare for an overwhelming caseload and what he termed a “game-changer”.

The final category has largely centred on designing coronavirus tests that give accurate results in less than 60 seconds, using breath, smell or artificial intelligence.

“We hope that if we succeed, it is a game-changer around the world,” said Gold.

And while he noted that his primary motivation is to keep Israel safe from the virus, an Israeli coronavirus breakthrough could help forge ties among countries that do not recognise the Jewish state.

His team has heard “from countries we never worked with before”, he said.

Last month, companies in the United Arab Emirates and Israel announced plans to jointly develop anti-virus technology, despite the two countries having no official diplomatic ties.