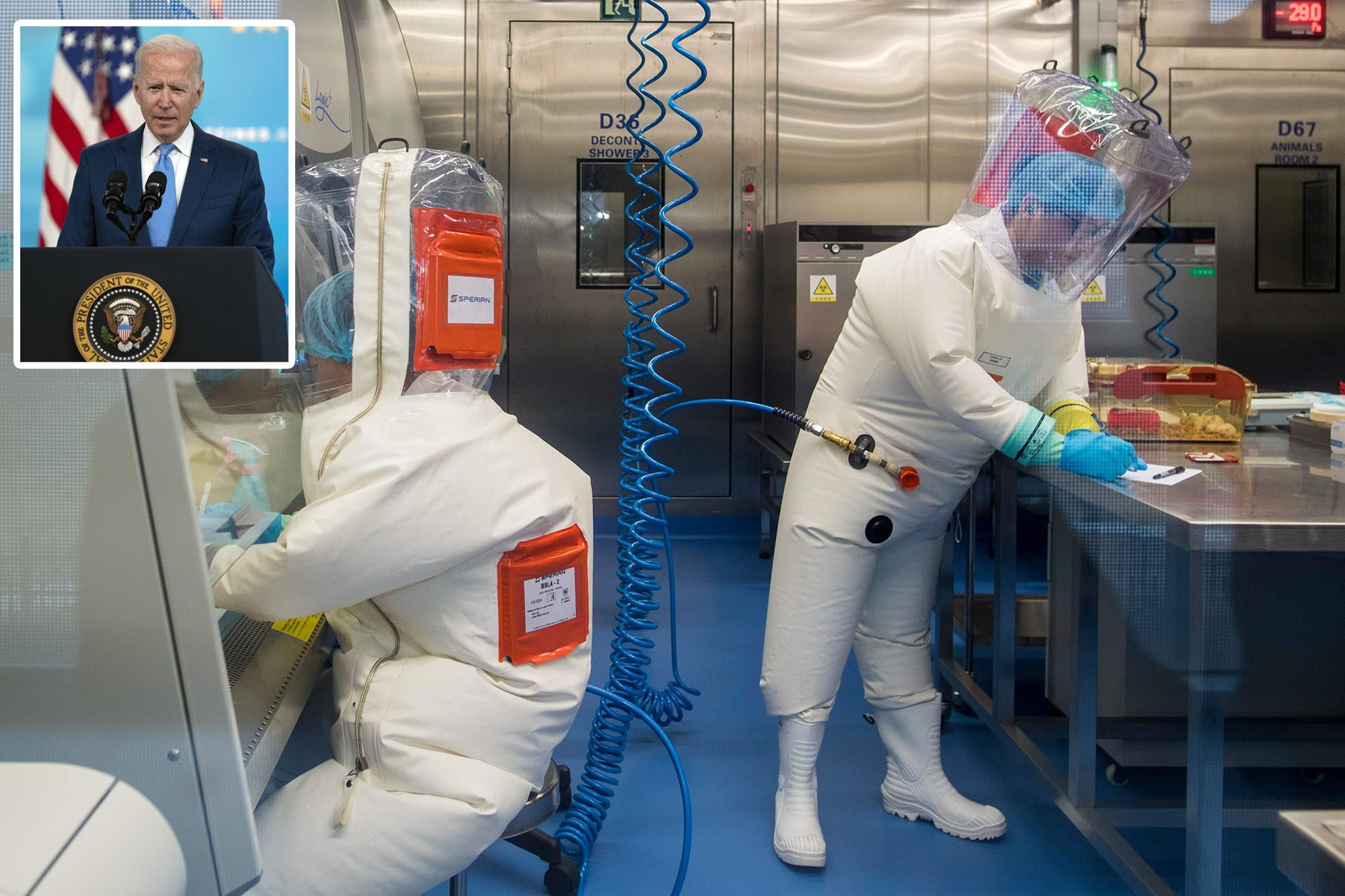 A classified US intelligence report delivered to President Joe Biden was inconclusive about the origins of the COVID-19 pandemic, including the widely-pushed theory that the virus jumped from animals to humans — due to a lack of information from China, where the deadly bug emerged in Wuhan.

The intelligence community was unable to reach a solid conclusion on whether the virus had jumped to humans via bats or escaped a research facility in the central China city, two US officials familiar with the matter told the Washington Post.

In May, the president ordered intelligence agencies to produce a report “that could bring us closer to a definitive conclusion” on the origins of a pandemic that has killed more than 4 million people worldwide and wreaked havoc on national economies.

But after an exhaustive 90-day effort, intelligence officials fell short of a consensus, according to the officials, who spoke on the condition of anonymity because the report is not yet public. They said parts of it could be declassified in the coming days.

When Biden ordered the probe, he said US intelligence agencies were divided over “two likely scenarios” — that the virus emanated from animals or a lab.

President Joe Biden had hoped that the probe would “bring us closer to a definitive conclusion.”Chris Kleponis/CNP/MEGA

The Trump administration brought the lab-leak theory to the fore, after it was initially deemed “extremely unlikely” by the World Health Organization and panned widely in the mainstream media.

However, in a stunning reversal earlier this month, Dr. Peter Ben Embarek, who led a team of international scientists on a WHO-led mission to China in January, admitted he now considers the possibility a “probable hypothesis.”

Dr. Peter Ben Embarek led a team of international scientists on a WHO-led mission to China in January.Ng Han Guan/AP

Beijing has repeatedly denied the hypothesis — but refused to allow international investigators to conduct a more thorough probe.

Meanwhile, in June, Director of National Intelligence Avril Haines warned that the agencies might not solve the mystery, according to the Washington Post.

“We’re hoping to find a smoking gun,” Haines told Yahoo News, but added that “it’s challenging to do that. It might happen, but it might not.”

Dr. Peter Ben Embarek said he considers the theory that COVID-19 leaked from the Wuhan lab a “probably hypothesis.”Aly Song/REUTERS

Haines told the news outlet that the review involved dozens of analysts and intelligence officials in various agencies — and said she deployed “red cells,” or groups to make sure the intelligence would be studied from every angle.

Another official told the Washington Post that the intelligence community is “not necessarily best equipped to solve this problem,” which is essentially a science matter.

In July, Biden reportedly said during a visit to the Office of the Director of National Intelligence, “You’re going to have to increase your ranks with people with significant scientific capacity relative to pathogens.”

Beijing has refused to allow international investigators to conduct a more thorough probe on the hypothesis that COVID-19 came from a lab in Wuhan.Hector Retamal/AFP via Getty Images

David Relman, a Stanford University microbiologist who has called for a broad investigation of all hypotheses, told the Washington Post in an email: “We should not even be thinking about closing the book or backing off, but rather ratcheting up the effort.”

Proponents of the lab-leak theory point to classified information, first disclosed toward the end of the Trump administration, that three workers from the Wuhan Institute of Virology went to a hospital in November 2019 with flu-like symptoms.

Opponents, however, argue that many scientists have noted that viruses have a long history of jumping from animals to people.

US Director of National Intelligence Avril Haines warned that the agencies might find the answers to the origins of COVID-19 but they also may not.Graeme Jennings/POOL/AFP via Getty Images

The natural origin theory was bolstered in a June 7 report in the journal Nature that documented 38 species of animals sold in 17 markets in Wuhan before the outbreak of the novel coronavirus.

“We now know for sure that [coronavirus] susceptible animals were in fact sold at the markets in Wuhan, which changes the calculus tremendously,” Robert Garry, a Tulane University microbiologist who strongly supports the zoonosis theory, told the Washington Post in an email.

“I don’t know what format that will take at this point in time,” she said.

WHO chief in quarantine after contact exams constructive for Covid-19