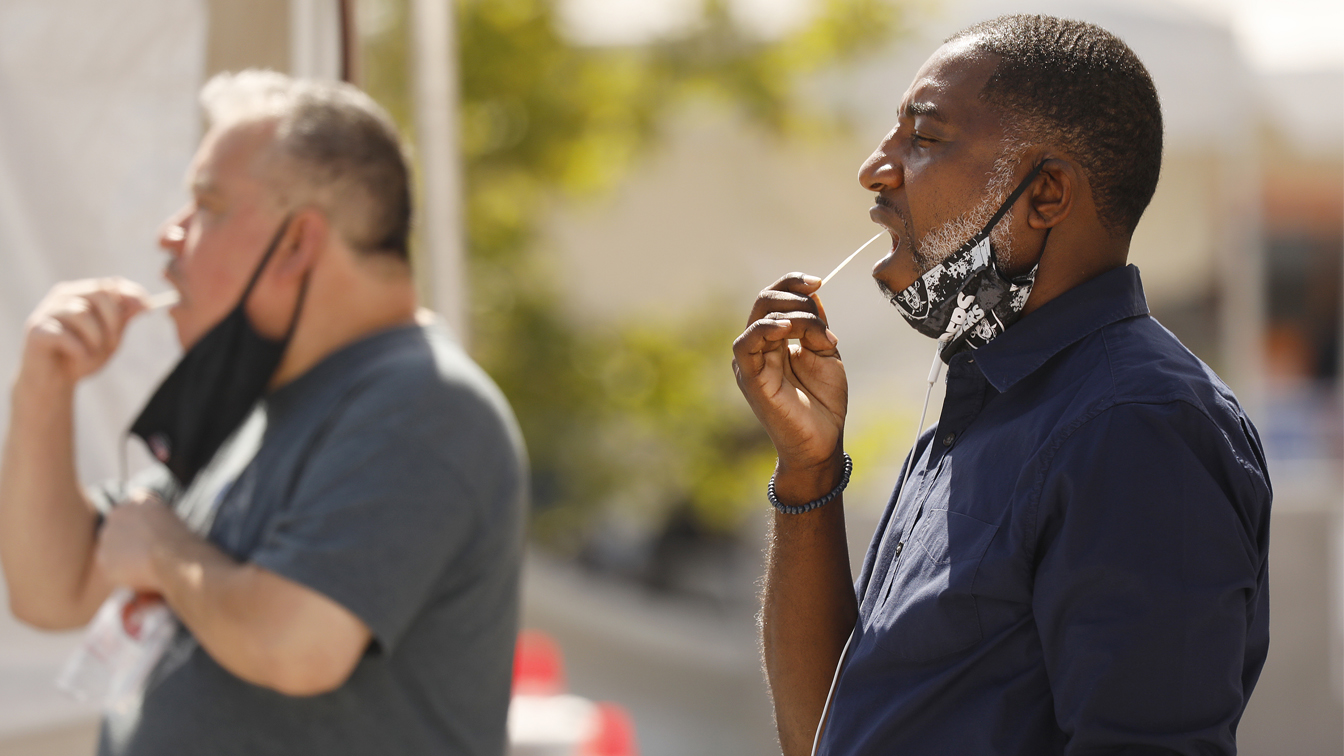 WASHINGTON — The Centers for Disease Control and Prevention says that fundamental problems of inequality and discrimination are putting Black Americans at higher risk of contracting the coronavirus, and also making COVID-19 deadlier for them, according to an internal agency report obtained by Yahoo News.

The CDC’s “COVID-19 Science Update,” dated Dec. 4 and marked for “agency use only,” builds on previous work the agency has done on racial disparities, but is the starkest in terms of its conclusions about the causes of those disparities, providing a sweeping indictment of a health care and economic system that disadvantages Black Americans during the pandemic in myriad ways.

“Unfortunately, discrimination, which includes racism, exists in systems meant to protect well-being or health,” the CDC report says. “Discrimination can lead to chronic and toxic stress and shapes social and economic factors that put some people from racial and ethnic minority groups at increased risk of COVID-19. There is increasing recognition that addressing the underlying inequities in social determinants of health is key to improving health and reducing health disparities.”

A health care worker use a nasal swab to test Eric Rodriguez at a coronavirus testing site in Pembroke Park, Fla., in July. (Joe Raedle/Getty Images)

The report says Black Americans face a “disproportionate burden of COVID-19 infections,” citing states like Pennsylvania, where African Americans make up 11 percent of the population but 20 percent of those infected by the disease.

Among the factors the CDC cites as contributing to higher rates of COVID-19 among African Americans, and worse outcomes for those infected, are lack of health insurance, crowded housing and jobs that are regarded as “essential” and can’t be done from home. “Given disparities in wealth, education, and employment, African American persons are less likely to be able to stop working or readily change professions to a field with lower risk of SARS-CoV-2 exposure,” the report notes.

It’s unclear why the CDC isn’t making the Dec. 4 report public, since other COVID-19 science updates are regularly published on its website. The agency did not immediately respond to a request for comment from Yahoo News.

While this report appears to be the first to place the blame for disparities squarely on what is often characterized as systemic racism, it is not the first time the CDC has weighed in on the issue of racial inequalities when it comes to COVID-19. In June, the agency released data showing that the disease was hitting communities of color particularly hard. And an August CDC report looking at COVID-19 hot spots in the U.S. also found harsh racial disparities, particularly among Black and Latino populations.

The issue of racial disparities attracted high-level political attention as far back as the spring, when lawmakers began to push the CDC and other federal agencies to address the disproportionate impact of COVID-19 on communities of color.

In April, then-Sen. Kamala Harris, now the vice president-elect, sponsored legislation to create a task force addressing racial and ethnic disparities of COVID-19. “The disproportionate impact that COVID-19 has had on people of color is staggering,” Harris told Yahoo News earlier this year, when the first CDC analysis on racial disparities was released.

In November, Sen. Elizabeth Warren also weighed in on the issue in a letter urging CDC Director Robert Redfield to adjust for age in reporting mortality rates for COVID-19. “COVID-19 has laid bare the systemic racial and ethnic inequities embedded in the U.S. health care system,” the former Democratic presidential contender wrote.

The CDC has now made those adjustments, which is also reflected in the Dec. 4 report.

One of the early challenges in tracking disparities was a lack of data, because race-specific information wasn’t being systematically collected on those being tested. Adm. Brett Giroir, a top health official, told lawmakers in June that the government was “flying blind” on racial data, because the information wasn’t being collected by laboratories conducting testing.

That has since changed and better data is coming in, but there are still gaps, as this most recent CDC report makes clear, because not all states are reporting racial data, according to Jarvis Chen, a research scientist at the Harvard T.H. Chan School of Public Health, who has looked at gaps in racial and ethnic data reporting. In an interview with Yahoo News, Chen said states have been inconsistent in reporting testing data by race, even after the Aug. 1 deadline set by the federal government.

While many states have improved, Chen described New York state as “an outlier” in not reporting data by race on its dashboard, even though New York City is doing so. “There is still a lot of variability,” he said.

What is perhaps most striking about the CDC report is an acknowledgment that health care policy changes alone will not fully address the disparities, since the root cause is inequalities in society. “Public health and clinical interventions may help mitigate the disproportionate burden of COVID-19 on African American communities but will not equalize risks,” the report states. “Broader social and economic interventions that consider and modify the underlying inequities in the social determinants of health are urgently needed.”

Chen, the Harvard researcher, pointed to a variety of measures that could have helped address these disparities, like a “robust coronavirus relief bill that would have enabled small businesses to survive and give them the necessities for lockdowns” and “workplace protections that would allow people to take sick leave from work if they had symptoms” of COVID-19.

“On a larger societal basis,” he said, “we have failed to connect a lot of things that could have helped.” 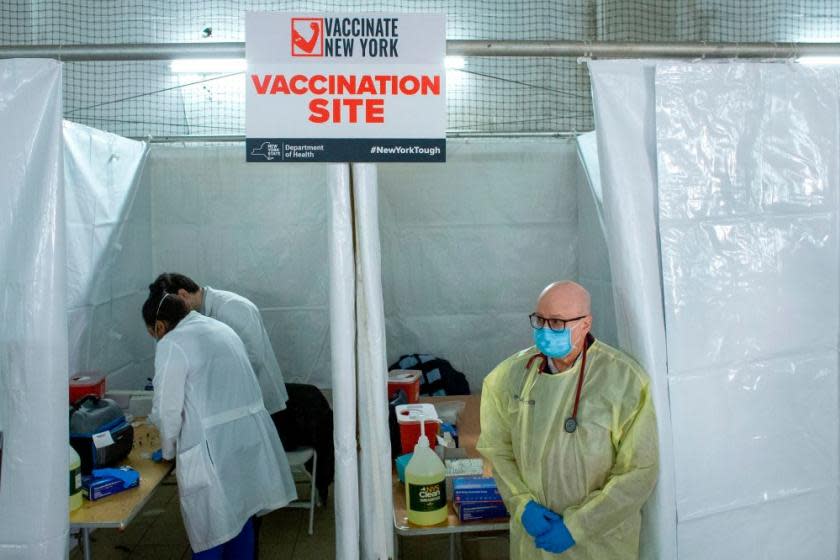 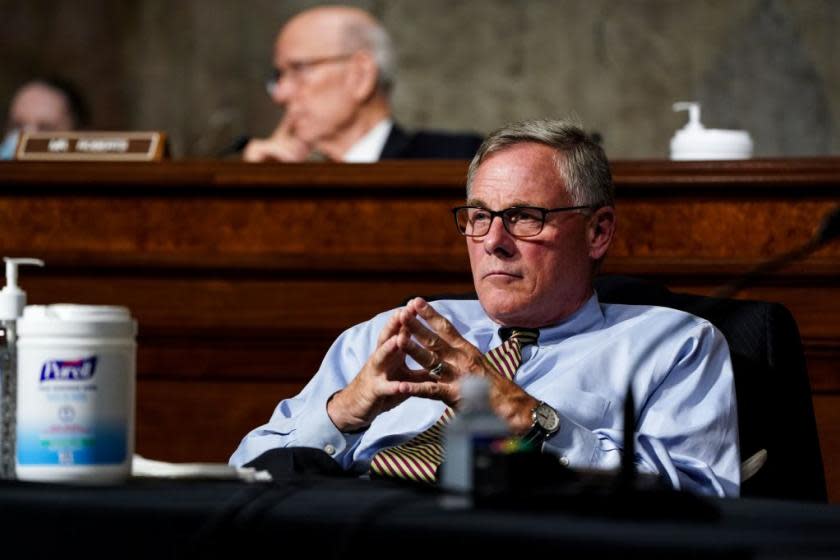