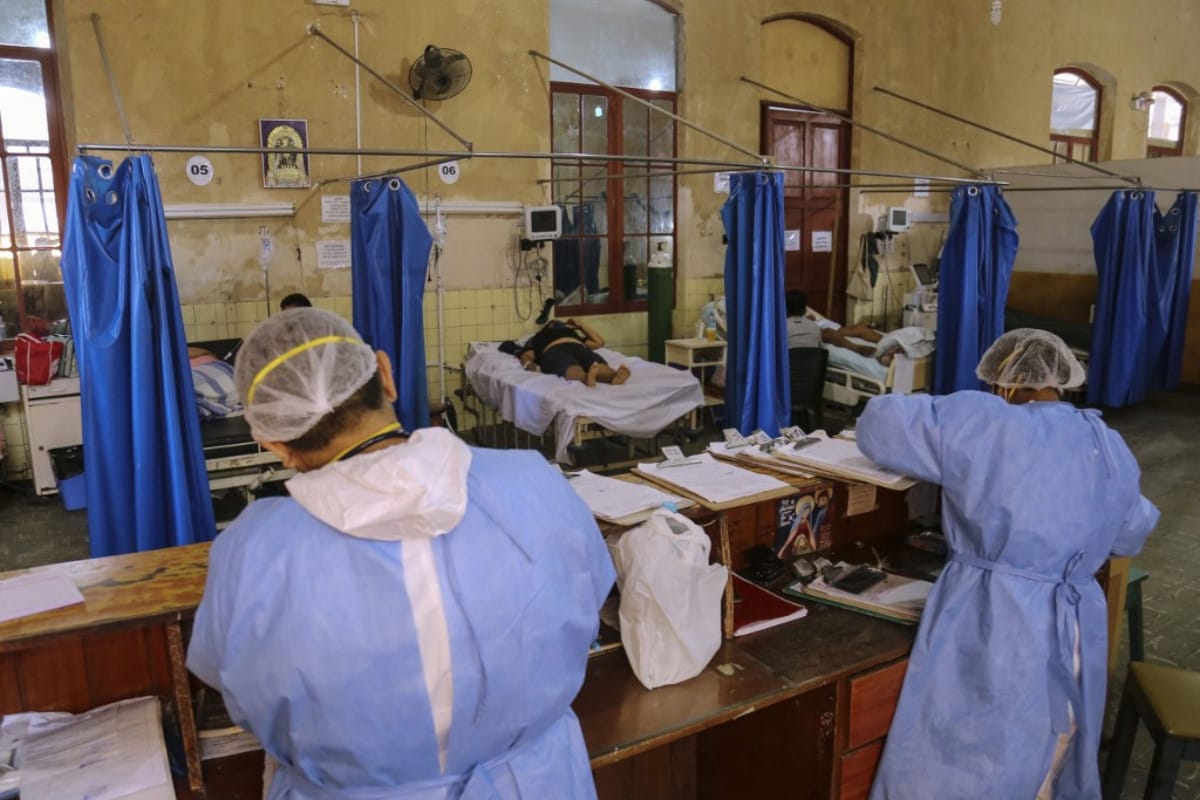 Hospitalised COVID-19 patients who received an inhaled form of an immune system protein were less likely to develop severe symptoms, according to a new study which may lead to a new treatment strategy against the disease. The results from a clinical trial, conducted at nine UK hospitals and published in The Lancet Respiratory Medicine journal, noted that inhaled form of the protein interferon beta-1a could lessen the clinical consequences of COVID-19.

According to the scientists, including those from the University of Southampton in the UK, the findings serve as proof-of-concept that this treatment could help hospitalised patients recover, but they added that further research is required. They explained that the molecule interferon beta is a naturally occurring protein that coordinates the body’s immune response to viral infections.

Previous studies had found that the novel coronavirus directly suppresses the release of interferon beta and clinical trials demonstrated decreased activity of this protein in COVID-19 patients. In the new study a formulation of interferon beta called SNG001 was directly delivered to the lungs via inhalation and its safety and efficacy to treat hospitalised COVID-19 patients was evaluated.

It compared the effects of SNG001 and placebo given to patients once daily for up to 14 days, and followed up patients for a maximum of 28 days after starting the treatment. The researchers said patients were recruited from March 30 to May 30, and were randomly assigned to receive the treatment or a placebo.

Of the 101 patients enrolled in the study, they said 98 were given the treatment in the trial — 48 received SNG001 and 50 received a placebo. At the outset of the trial 66 patients required oxygen supplementation at baseline, the scientists said.

According to the study, patients who received SNG001 were twice as likely to show an improvement in their clinical condition at day 15 or 16, compared with the placebo group. In the placebo group, the researchers said 11 of 50 patients developed severe disease or died between the first dose and day 15 or 16, compared with six of 48 patients who received SNG001.

“The results confirm our belief that interferon beta, a widely known drug approved for use in its injectable form for other indications, may have the potential as an inhaled drug to restore the lung’s immune response and accelerate recovery from COVID-19,” said study lead author, Tom Wilkinson from the University of Southampton in the UK.

The researchers said fewer patients in the SNG001 group had serious adverse events, compared with the placebo group.

Citing the limitations of the study, the scientists said the sample size was small, adding that the findings cannot be generalised to wider populations and healthcare settings. They believe larger trials with more varied groups should be conducted to address the limitations.

Don't Miss it Might 'coronavirus fatigue' result in larger an infection charges? | DW Information
Up Next Italy shocked by video of situations inside COVID-19 hospital