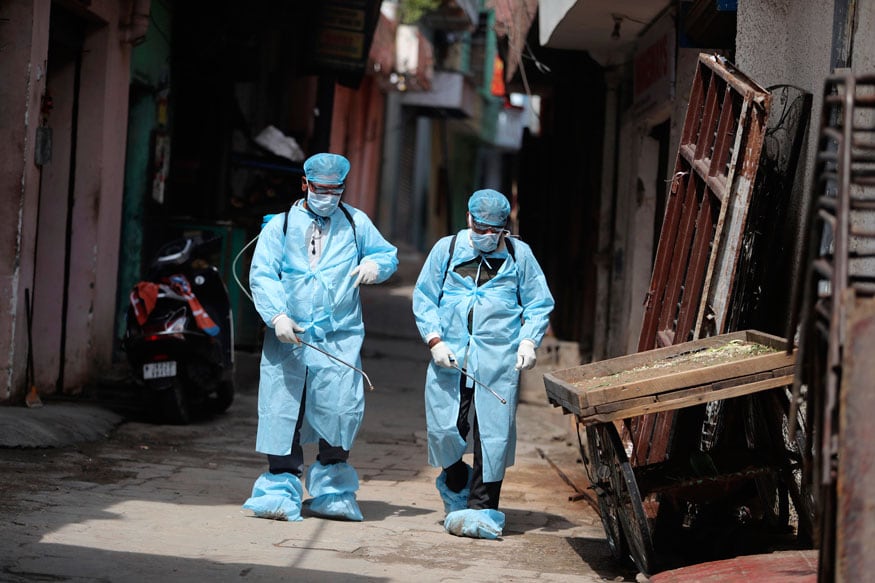 From the call informing him that he had tested positive for COVID-19 to the one that he was negative for the infection, it was a rollercoaster two weeks. PTI journalist Manik Gupta writes his account of his days in isolation in Jammu where he had gone to meet his family.

It wasn’t quite 6.30 am when the phone rang. I woke up with a start in my Jammu hotel room where I had checked in three days earlier after coming from Delhi where I work. A new day had begun and so had my two-week nightmare.

“We are sorry but you have tested COVID positive,” said the voice on the other end, polite and emotionless. Numb with shock and petrified, I pinched myself to confirm whether it was happening for real. It was.

It was May 25. I broke the news to a friend first, office next and then my uncle. Not sure how my single mother, who suffers from anxiety issues, would react to her only child being diagnosed with an infection that could turn fatal, we decided to hide it from her as long as possible.

The long two-month wait under lockdown in Delhi, nine hours on a Delhi-Jammu train and three days in paid quarantine. It was all to meet my family in Jammu I had been missing desperately. After the train reached Jammu, I had to undergo a mandatory coronavirus test. And it had come to this. Till the week before, I was following the COVID tally. Now I was part of it. A few days earlier, I had interviewed a COVID patient. Now I was the one waiting for an ambulance.

Questions raced through my mind: How did I get it? Who could have passed on the infection, the grocery delivery guy at my home in Delhi? The migrant labourer I had interviewed? Somebody on the train? Is the report right?

By afternoon, I was shifted to hospital and quickly realised the virus may well be evil number two – I first had to deal with the quality of healthcare. The government hospital I was taken to is a gold mine for stories for a working journalist. But at that point I was just another patient scared for his life.

Filthy floor, cobwebs laced in overlapping layers on windowsills, overflowing dustbins without lids, some fans not working and others working, very slowly, and lights in the toilet, a luxury not all wards were lucky enough to have.

There were eight other patients in my ward. Most of them, including some who were nearing the end of their mandatory 14-day period, said no doctor, not one, had come to visit them during their stay.

“They (doctors) say that we are being observed through camera. They do call once in a while but that’s about it. No one shows up. They are all scared,” one of the patients told me.

Just as it was all sinking in, the phone buzzed. It was my mother. I answered, and all I could hear were her sobs. As a journalist, I should have realised – news travels fast in small towns but ‘COVID news’ transmits at the speed of lightning.

In less than a day, I had become talk of Jammu town. From WhatsApp forwards to a half-baked news story, which created full-blown panic, I was the centre of many a conversation.

“A 27-year-old journalist from PTI posted in New Delhi who had come to meet his mother in Jammu city has been tested COVID positive,” a prominent newspaper in Jammu reported.

The fact that I was under quarantine and had never made it home found no mention.

The publicity had its inevitable repercussions. My locality was virtually sealed. The high levels of fear and my ‘notoriety’ resulted in our family food business, which had just found takers after a long lull due to the lockdown, hit rock bottom again.

My phone didn’t stop ringing. Be it a friend in Los Angeles or a long lost acquaintance in Bengaluru, my virus story was viral and how.

Somewhere in the middle of all this, I was also trying desperately to move hospitals. I was shifted to a private hospital the next day thanks to some colleagues and friends. I had been there just one night and already the thought of a single room with an attached bathroom was like the unattainable dream.

And so, I shifted late at night on May 26. The room, on the Gynaecology and Obstetrics ward on the fifth floor, had an attached bathroom and also an air-conditioner. I was thrilled.

But the entire floor was empty. There were no patients, no attendants, no nurses, no doctors, nobody. And that’s how it was for the next 12 days. I showed no symptoms but I had tested positive for the disease. Even so, there were no doctors dropping by everyday. In my entire stay, there were only two doctor visits. At the end of the two weeks, a lab assistant came to take nasal and oral swabs for a second test.

There was no human contact and no wi-fi either. Food was coming from home but it would be sent to my floor in the lift. I’d get a call, wait for the lift and pick up the tray. There would be somebody to clean the floor but no one would enter my room.

And just as I was drowning in self-pity, I got a reality check from a doctor friend.

“Gynae unit, pink and white washroom … now for god sake don’t be the cry baby and complete this picture for us,” she joked.

I just laughed out loud.

Her humour — though cringeworthy — might just have done the trick. I suddenly felt light and positive about the whole scenario, and decided not to let the fear of the virus and the negativity control me any further.

Laughter is the best medicine, I was told, and since the world was busy finding one for the virus, I thought why not put my weight behind it for the time being.

I indulged myself in a newfound genre of PJs (patient jokes) and time-tested wisecracks and started writing a diary. I read books and took on a I-don’t-care-two-hoots attitude towards the virus and the havoc it was playing in the outer world.

Sometimes, I would take advantage of being the only one on the floor and dance in the empty corridors or play shadow cricket — where I would first bowl like Shoaib Akhtar and then hit the same ball for a six just the way Sachin did during the 2003 World Cup. All the while, harbouring the hope that I would soon be able to knock out the virus from my body in a similar heroic fashion.

That I was asymptomatic for the most part helped. The challenge was psychological, not physiological.

Of course, it is not that I didn’t have my low days. Being so close to home and yet so far was troubling. I would see cars coming and leaving from the window and it was unsettling, the fear that my isolation would continue if I tested positive again weighing me down.

So what did I do to beat the stress?

I thought more and more of the people rooting for me and the effort they were putting in to make my stay comfortable.

Like my mother — a rookie in the kitchen — trying her hand at cooking, my grandmother sending me a flower from her well-manicured lawn everyday, or my friends, office colleagues and bosses making it a point to check on me every other day.

I completed 14 days on June 7. It was an early morning call again. But this was one that brightened my day. I had tested negative. Home was calling and so was my mother.

And this time I did meet her.

What Joe Biden ought to do on his first day in workplace to cease the coronavirus, if he’s elected