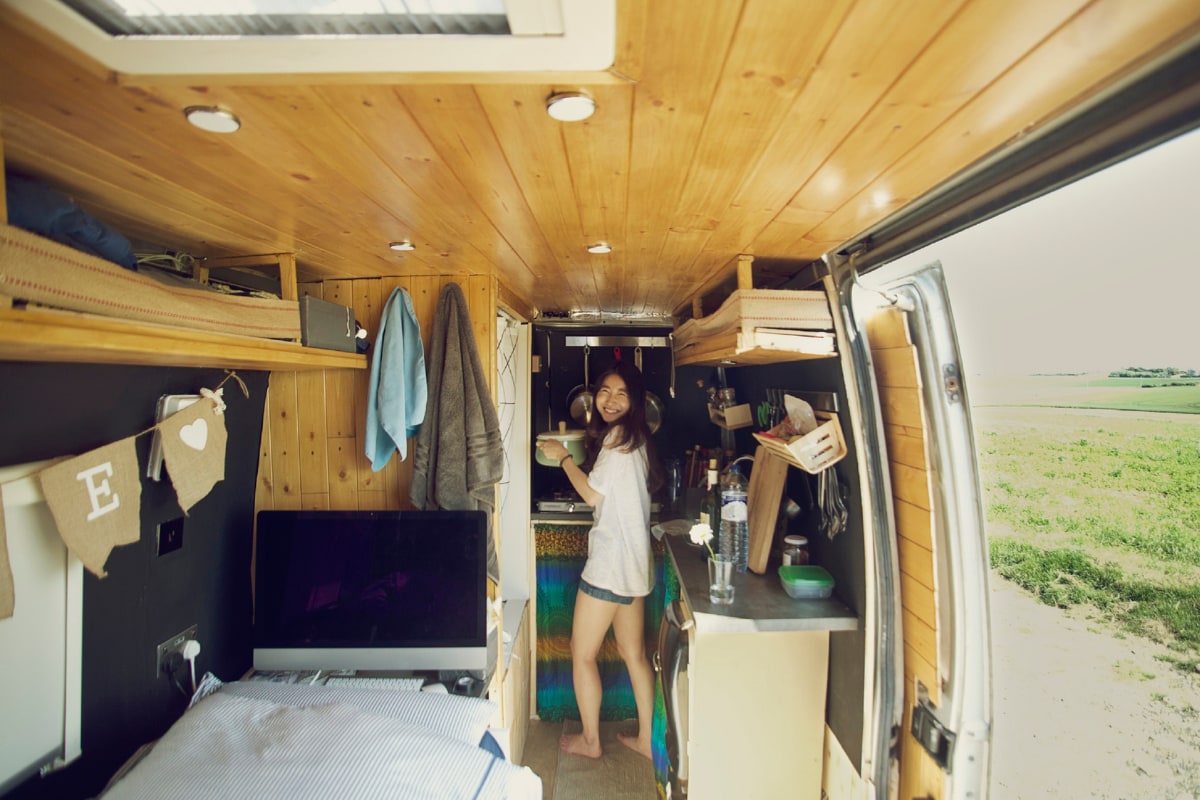 For French retiree Jean-Michel Sibois, travelling will no longer be the same in the age of Covid-19. He is now among legions who have bought motorhomes to escape in their own travel bubbles. “You don’t imagine travelling as before, on an airplane heading to a faraway destination,” said Sibois, who recently spent 50,000 euros ($61,000) on his leisure vehicle. “We really wanted to be a little less confined, a little bit more at peace,” he said, citing health and environmental concerns with traditional travel.

Sales of motorhomes have soared across the world in the past year.

A record number of leisure vehicles, which include motorhomes and towable caravans, were sold in Europe in 2020, rising 12 percent to around 235,000 units, according to the European Caravan Federation.

Record sales were also recorded in the United States in March while in Australia the number of registered leisure vehicles has reached 750,000.

Holidaymakers enjoy the flexibility that motorhomes offer, allowing them to set up camp at caravan parks or in the middle of nature, according to a survey conducted in France for US automaker Ford.

Younger buyers say it allows them to take cheaper holidays while older customers feel safer in them during the pandemic.

Hundreds of workers pierce and cut into Fiat and Renault vans to add beds, kitchens, bathrooms and sky roofs to the vehicles at a factory of the Pilote company in the western French city of Angers.

“It’s total excitement. We have a lot of demand, many clients want their vehicles before the summer,” said Pilote spokesman Antoine Gueret.

The camper market has grown at a regular pace for many years “but the coronavirus has speeded up growth”, Gueret said.

The vehicles range in size from vans to palaces on wheels that sell for 200,000 euros.

Deliveries at dealerships have been delayed. Production has also been disrupted by the closure of some factories during confinements and a global shortage of semiconductors.

“It’s a battle every day to get a vehicle out in time,” Gueret said.

In the US, order books for the luxury campers made by Airstream are full until 2022.

“As the pandemic played out, we anticipated that more people would see Airstream as a viable option for safe travel, but the demand far exceeded our expectations,” said the company’s chief executive Bob Wheeler.

“More than 90 percent of everything we ship to our dealers already has a customer’s name on it,” Wheeler said.

Airstream’s parent company, Thor industries, posted record turnover of $2.7 billion in the first quarter and expects demand to saturate the market until the end of the year.

The global recreational vehicle market is expected to grow seven percent per year until 2025 after reaching $42 billion in 2020, according to US consultancy Arizton.

“As these vehicles provide a reliable and personal way to travel, it is considered the safest travel alternative during the coronavirus pandemic, while maintaining social distance norms,” Arizton said in a report.

“Further, the increasing demand for road trips as a getaway from quarantine would also boost growth.”

“Millennials, a market bigger than the baby boomers, are buying RVs earlier than previous generations,” according to Thor Industries.

In the US, the average age of RV owners is 53 but new buyers were around 41 years old last year, according to US RV Industry Association (RVIA).

Younger buyers spend around $67,000 on average on RVs, more than older generations, according to RVIA spokeswoman Monika Geraci.

With new campers harder to find, some are turning to the used vehicle market or rentals. Others take matters into their own hands and repurpose their vans.

With her theatre school in Brussels closed because of the pandemic, Swiss student Elise Bijou turned her van into a camper to travel from Belgium to Portugal.

“By wandering I was able to live through the Covid pandemic almost disconnected from the restrictions,” she said.

WHO scientist says COVID-19 seemingly originated from bats in China