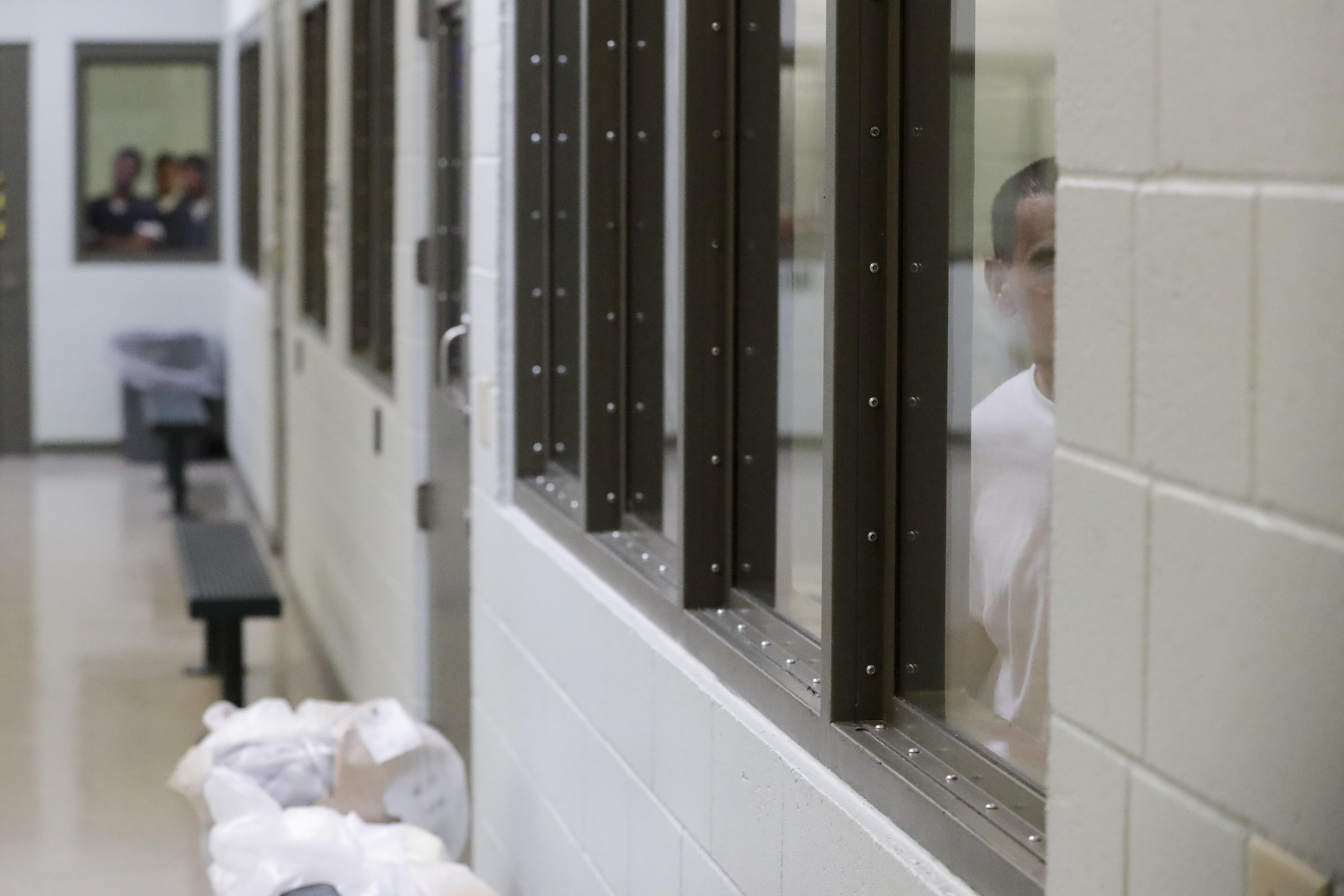 An immigrant detained by U.S. Immigration and Customs Enforcement (ICE) in southern California died on Wednesday from coronavirus complications, local health authorities said, confirming the first known death of a detainee in the agency’s custody during the pandemic.

The 57-year-old immigrant died Wednesday morning in a San Diego-area hospital after being transferred in April from the privately operated Otay Mesa detention center, the epicenter of coronavirus cases inside the nation’s immigration detention system, according to Craig Sturak, a spokesperson for the County of San Diego Health & Human Services Agency.

Cases inside the agency’s sprawling network of county jails and private prisons have been growing substantially on a consistent basis, with the agency reporting 581 cases in the past three weeks alone. Many of the more than 29,000 immigrants held by ICE have been growing increasingly frustrated, and have said they feel powerless to shield themselves from the contagion while in close quarters.

There have been at least nine instances since President Trump declared a national emergency over coronavirus in March in which protesting ICE detainees have been pepper sprayed. ICE has said the immigrants became confrontational and disruptive, and maintained that the “calculated use of force” mitigates the risk of injuries to both staff and detainees.

Since the pandemic started spreading across the U.S., immigrant advocates and human rights groups have been pressuring ICE to dramatically downsize its detainee population to mitigate the risk of widespread outbreaks.

ICE has so far released more than 900 immigrants who it determined face an increased risk of severe illness if they contract the coronavirus due to their age, underlying health conditions or the fact that they are pregnant. Granting requests in lawsuits filed by advocates across the country, federal judges have also required the agency to release more than 190 at-risk detainees.

But advocates believe the agency has not done enough to protect detainees. Anne Rios, a supervising attorney at Al Otro Lado, a group that has been working to release dozens of detainees from the Otay Mesa detention center, said she is worried about other immigrants dying while in custody.

“This was 100% avoidable. Immigration detention is civil detention — it is discretionary. ICE could’ve determined that this person who had underlying conditions could and should’ve been released,” she told CBS News. “They had the discretion to do so and yet they chose not to.”

ICE officials did not immediately respond to requests to comment on Wednesday’s death.

Two Thirds of Africans Inflamed via Covid-19 Because the Pandemic: WHO