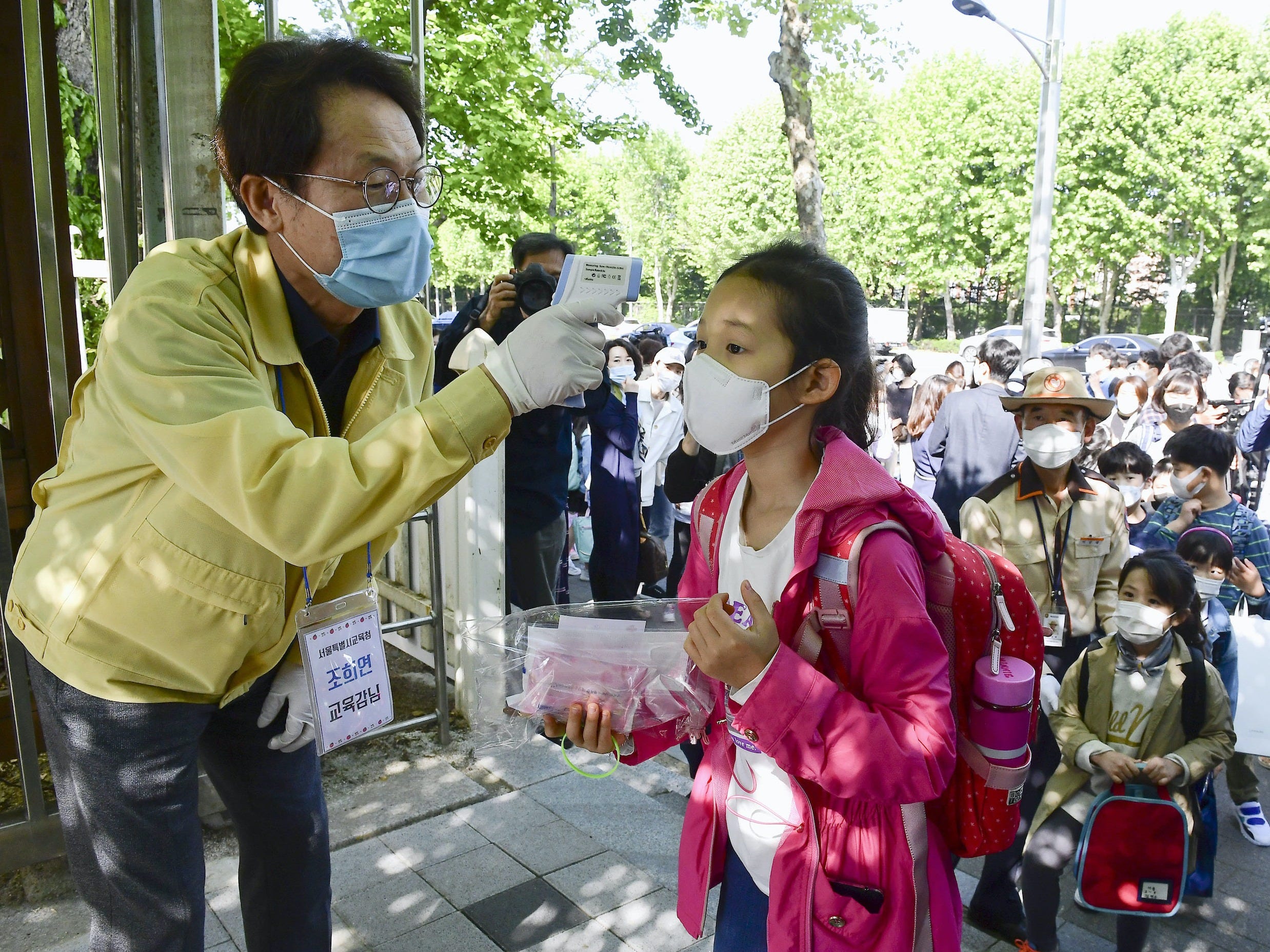 An elementary school student has her temperature checked in Seoul on May 27, 2020.

Hundreds of South Korean schools were forced to delay reopening amid a surge in new coronavirus infections.

Korean health officials announced 79 new COVID-19 cases on Thursday, and 69 among them were reported at a distribution center in Bucheon.

So, 838 schools that were slated to resume classes on Friday remained closed, opting instead to continue with remote learning.

An uptick in coronavirus cases forced South Korea to close hundreds of schools that had reopened only days earlier, and delay others from welcoming back students.

Some schools resumed classes last week with multiple precautions in place to reduce the infection’s rate of spread. The schools were disinfected and students underwent temperature checks, wore face masks, and maintained social distance. Plastic barriers also separated students while they ate and studied, according to the Korea Times.

But the Korea Centers for Disease Control and Prevention (KCDC) reported 79 new cases on Thursday. Of those, 69 were reported at a distribution center in Bucheon, the Yonhap News Agency reported.

This news prompted 838 schools of the nation’s 20,902 to postpone reopening and stick with remote learning, the Korea Times said.

South Korea has been heralded as one of the few countries to get its coronavirus response right due to widespread testing, contact tracing, quarantine, and lockdown. As of Saturday, the country had reported 11,441 cases and 269 deaths, according to data from Johns Hopkins University.

But this new setback forced the government to reinstate restrictions.

Parks, galleries, museums, and theaters in the Seoul metropolitan area have been shuttered for two weeks, CNN reported. Internet cafes have also been urged to close through June 14, and people have been asked to remain indoors and to avoid hosting gatherings for two weeks. Events organized by the government have been postponed, too.

Kim Sang Yong, 39, told the Korea Times that he and his wife believe they shouldn’t allow their daughter to attend school “until the recent rise in local transmissions shows signs of abating. Schools can be a hotbed for the virus as many people are in contact with each other.”