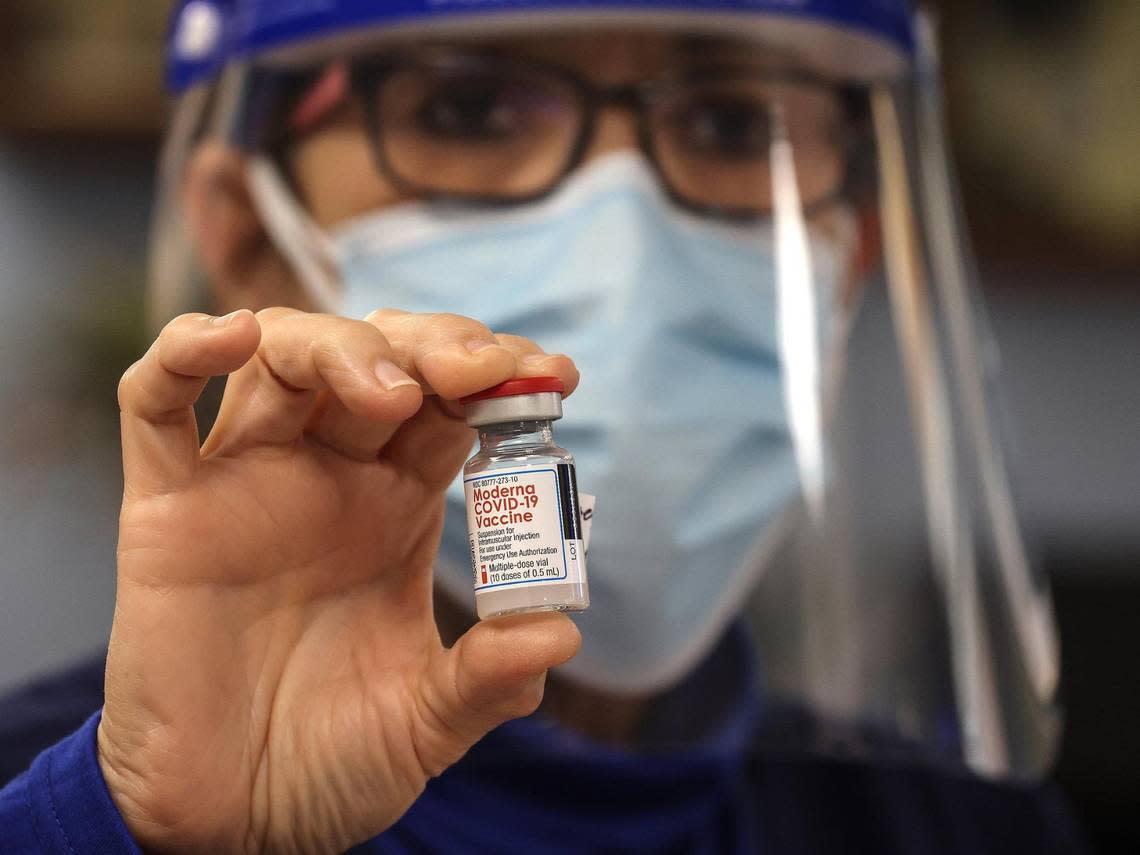 Florida healthcare officials have wasted more than 3,000 doses of COVID-19 vaccines, a spokesman for the Department of Health said Wednesday.

As of Wednesday, 3,344 doses were broken or left unused after thawing, the spokesman, Jason Mahon, wrote in an email.

That raw total may seem high at a time when pandemic-fatigued Floridians all over the state are awaiting their chance at the potentially lifesaving shot. But the state has gotten more than 3 million doses from the federal government, and officials are reporting spoilage of about one in 1,000 doses.

As of Wednesday, Florida had given out more than 1.6 million shots, according to data from the Centers for Disease Control and Prevention.

That means spoilage only amounts to about 0.2% of the number of vaccines that have been given to Floridians.

“The department encourages healthcare providers and those administering the vaccine to make every effort to ensure that no doses are wasted or discarded,” Mahon said in an email.

It’s unclear how Florida compares to other states in its rate of spoilage. The Centers for Disease Control does not publish spoilage statistics on its national vaccine dashboard — though it does require that states report any wasted vaccines to the federal agency.

COVID vaccine live updates: What you should know in South Florida on Thursday, Jan. 28

Despite this requirement, ProPublica reported earlier this month that some states are not keeping close track of spoilage. Indiana officials, for example, simply told the publication that waste had been “minimal.”

Pennsylvania health officials were more precise: They told ProPublica that their state had wasted 0.1% of the vaccine doses received from the federal government as of Jan. 11. That figure is in line with Florida’s reported spoilage tally.

The effort to vaccinate Floridians for the novel coronavirus is part of the most ambitious vaccination effort in American history. Federal and state governments must coordinate the safe passage of millions of shots every month.

The currently available vaccines, one of which was designed by Moderna and the other a joint project between Pfizer and BioNTech, are all the more challenging to give out in part because they must be frozen while stored. Pfizer’s vaccine has to be kept around -94 degrees Fahrenheit; Moderna shots are stored at -4 degrees. Patients have to get two doses of the vaccinations spaced weeks apart, adding another layer of logistical challenges for officials.

More than a month into the vaccination effort, Florida has reportedly administered at least one dose to about 6.8% of its population, ranking 10th highest per capita among the 50 states.