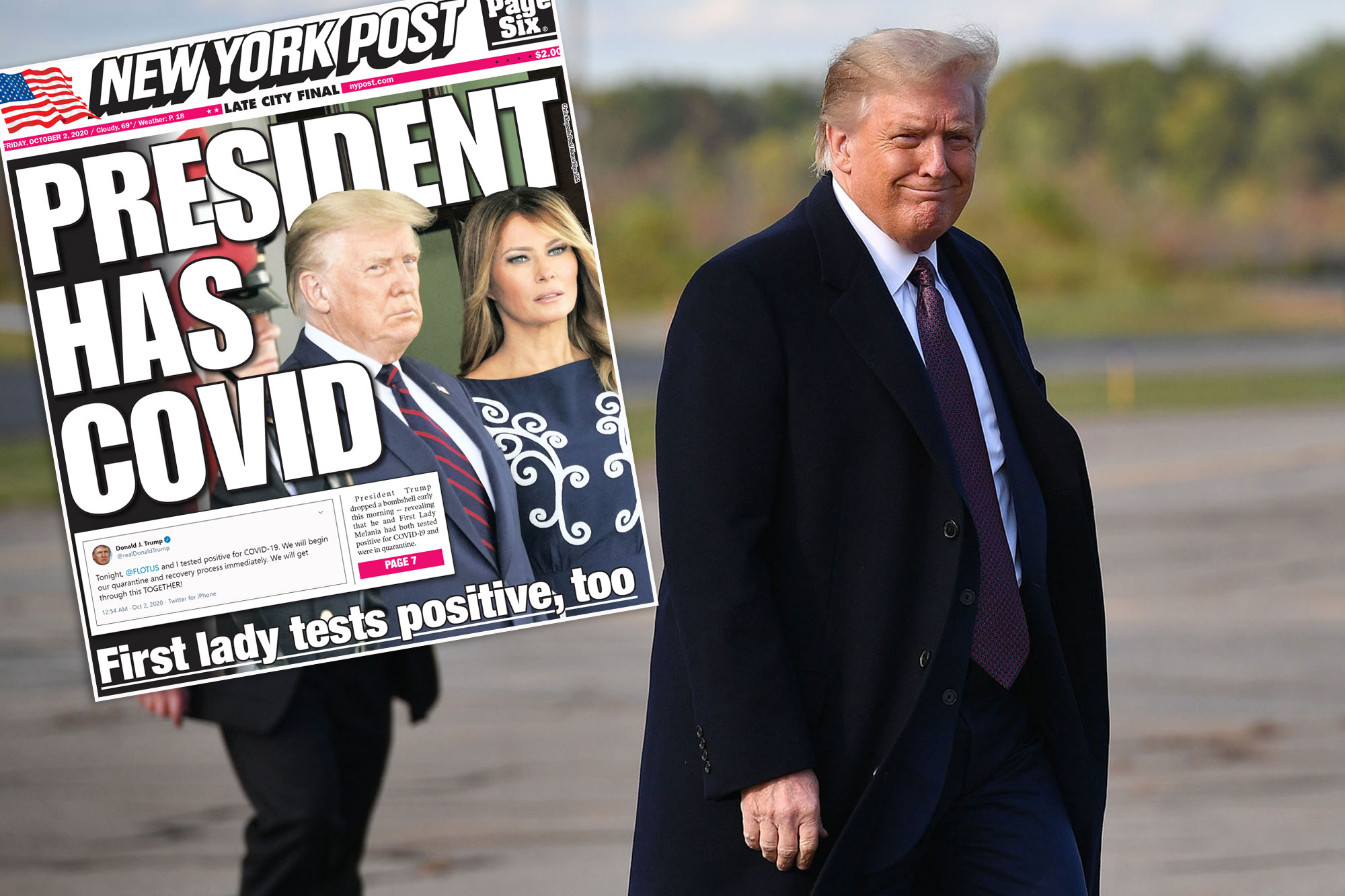 WASHINGTON — President Trump learned on Thursday morning that his close aide Hope Hicks tested positive for coronavirus — just as his plane took off for a scheduled fundraiser in New Jersey, his chief of staff said Friday.

Their diagnoses followed a week of travel across the country as the presidential election enters its final phase, with American voters heading to the polls in just 32 days.

The president’s packed schedule, which included three rallies, a presidential debate and fundraisers, has raised fears that other high-profile officials are at risk.

Below is a timeline of the president’s week:

Adm. Brett Giroir, assistant secretary for health at the Department of Health and Human Services, was also on stage but didn’t come into close contact with the president.

Pence was also in the Capitol with Judge Amy Coney Barrett and Republican lawmakers ahead of her confirmation hearings.

While Biden and Trump remained six feet apart on stage, Biden was tested on Friday in the wake of Trump’s diagnosis and returned a negative result.

At 2:30 p.m., the president left the White House on Marine One and headed to Minnesota for a rally in Duluth.

Hicks, Kushner and Miller — whose wife, Katie Miller, Pence’s top spokeswoman, was one of the first officials to contract COVID-19 in May — were seen getting on the helicopter less than a minute behind him.

Before his rally, the president also attended a fundraiser at the private home of Cambria CEO Marty Davis, a top Trump supporter.

According to multiple reports, Hicks began feeling unwell on Air Force One on the ride back to Washington and quarantined herself away from others on the plane.

Trump himself also seemed tired during the rally and uncharacteristically fell asleep on the plane, multiple sources told the New York Times.

The president departed the White House in Marine One to Joint Base Andrews at 12:45 p.m., according to his official schedule. He did not speak to reporters on the South Lawn.

It was at takeoff that Hicks’ COVID-19 diagnosis came to light.

“I can tell you in terms of Hope Hicks, we discovered that right as the Marine One was taking off yesterday,” Meadows told reporters Friday morning. “We actually pulled some of the people that had been traveling and (were) in close contact.”

Meadows did not specify who was held back.

Trump arrived at Joint Base Andrews 10 minutes later and flew from DC to Morristown, NJ, at 1:05 p.m. with White House spokesman Judd Deere and aide John McEntee in tow, according to pool reports.

Air Force One arrived at Morristown Municipal Airport at 1:55 p.m.

Ten minutes later, he flew to his golf resort in Bedminster for the fundraiser — with Meadows saying contact tracing efforts began just before the roundtable event with supporters at 3 p.m.

Press was not allowed into the event.

Trump then delivered remarks at the club around 3:45 p.m. and left a little over an hour later for Morristown. He flew out of the New Jersey airport at 5:20 p.m., landed at Joint Base Andrews at 6:10 p.m., then left for the White House at 6:20 p.m.

He arrived at the White House’s South Lawn at 6:30 p.m. and also didn’t speak to reporters, instead waving and giving a thumbs up.

After returning to the White House, Trump called in to Fox News at 9 p.m., saying he’d learned of Hicks’ positive test and that he was awaiting the results of his own.

Trump confirmed the news via Twitter in the early hours of Friday, and the couple remain quarantined at the White House residence with mild symptoms.

Don't Miss it Coronavirus: What we all know thus far | DW Information
Up Next Donald Trump joins listing of world leaders to check constructive for COVID-19