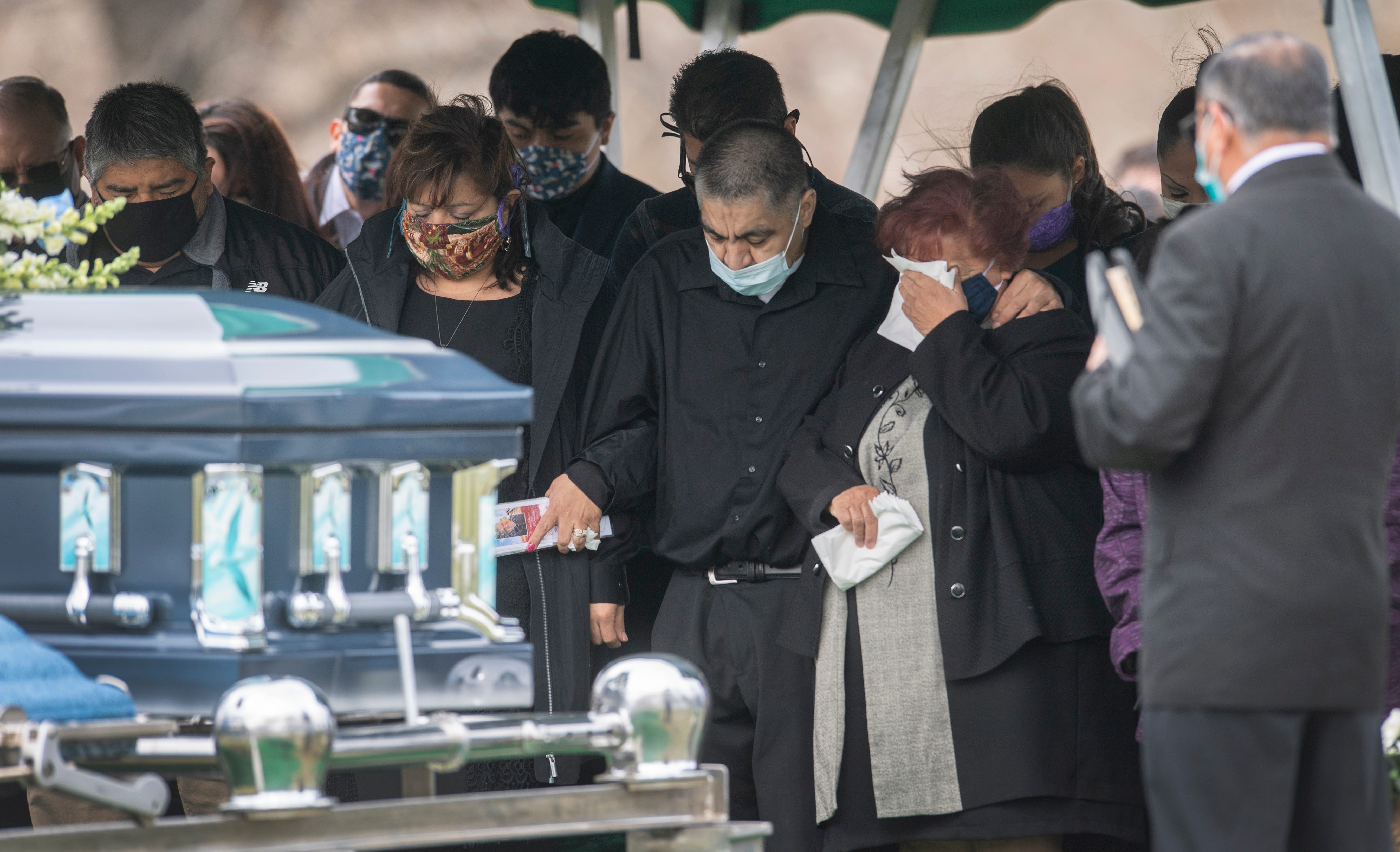 It didn’t take much longer than 100 days for the coronavirus to claim the lives of 100,000 Americans, an unimaginable toll when the first death from COVID-19 took place in the U.S., believed to have been Feb. 6 in California.

The social distancing measures widely adopted throughout the country succeeded in slowing down the virus’ spread, as borne out by the diminished rates of new infections and deaths in May – but not enough to keep the U.S. from reaching the grim milestone of 100,000 deaths Wednesday, according to the Johns Hopkins University data dashboard.

Now, public health officials fear that the loosening of those restrictions – which have devastated the economy – will lead to a resurgence in cases and fatalities.

USA TODAY consulted experts in a variety of fields, including public health, business, history, social sciences and the hospitality industry, to get an assessment of what the new normal may look like in the next 100 days.

The consensus: It’s going to be a bumpy ride.

Firefighter Rubio Alfaro places a rose on the casket of Israel Tolentino, 33, a fellow firefighter, on April 2, 2020. Tolentino died from complications of COVID-19.

“There are going to be starts and stops,’’ said Alexander Bay, who chairs the history department at Chapman University. “Because of the lack of guidance from the federal government, it’s up to the states, and it will probably evolve into the cities and counties as well. Nothing’s going to be uniform. These people will stay closed, these people will open up. You’ll get some hot spots and flareups of infections.’’

The model assembled by Covid19-projections.com, which has shown a high degree of accuracy, predicts the U.S. will maintain a steady pace of about 1,000 deaths a day through June after dipping below four figures three days in a row May 24-26 for the first time since March. The model forecasts a total of 178,000 deaths by Aug. 4.

The widely cited model by the Institute for Health Metrics and Evaluation puts that figure at 132,000 by the same date.

“We have deaths decreasing all the way into early June, even though most states have already been open for a while by that point,’’ said Youyang Gu, the data scientist who runs the COVID19-projections website. “This is because deaths lag infections by 3-4 weeks, so it will take weeks and perhaps even months to fully see the effects of the reopenings.’’

Coronavirus questions: 10 things we still want to know in the next 100 days

Timeline: Four months in: A look at how COVID-19 has unfolded in the US

Some health experts believe the virus was spreading – and possibly leading to deaths – even before the first official fatality on Feb. 6. While we may never have the answer, what is known is the virus will be around for a while. As a race for a vaccine and new treatment therapies accelerates in the next 100 days, Americans will be walking a fine line weighing risks every time they venture out from lockdown.

Even the states most eager to reopen have imposed conditions to prevent new flareups, such as limitations on customer capacity at businesses, increased sanitation requirements and recommendations that the public stick to social distancing guidelines. Wearing masks is also encouraged.

What will our world, our workplace, the economy look like?

Though the specific regulations may vary by jurisdiction, it’s clear large gatherings like those for pro and college sporting events and concerts won’t be coming back anytime soon. Dr. Anthony Fauci of the White House Coronavirus Task Force has suggested as much.

Considerably smaller assemblies at places such as restaurants and cafes will have increased restrictions for the coming months: more space between tables, partitions, smaller parties and waiters wearing masks and possibly gloves. The Centers for Disease Control and Prevention has posted new guidelines that include some of those recommendations as well as enhanced cleaning, disinfecting and ventilation.

As they have during the pandemic, takeout and delivery orders will remain a crucial component of restaurants’ existence, even for high-end establishments.

“I don’t think three months from now it’s going to look anything like it looked in January,’’ said Alex Susskind, associate dean at Cornell University’s School of Hotel Administration. “The social distancing and the dynamic of how services are delivered are going to have to change. Everyone knows that.’’

10 important lessons: As it hits 100K deaths, has the US learned anything?

A staggering 100,000 lives lost: Taking a moment to honor the coroanvirus victims

Likewise, authorities in the field say workplaces will look significantly different by the time most workers return. Part of that will come from the required physical separation to avoid spreading the virus – desks set farther apart, meetings with fewer participants – but also from a reduced number of employees at the office, both because of downsizing and telecommuting.

The drastic economic downturn has prompted a large number of companies to lay off workers, resulting in more than 36 million unemployment claims nationwide since mid-March.

Jurek Williamson, the owner of King’s Temple Barber Shop in Memphis, cuts the hair of Dashawn Whiting, 16, on May 6, 2020, the first day he is able to reopen his shop during Phase 1 of the city’s plan to restart the economy.

Kevin Hallock, dean of the Cornell SC Johnson College of Business, says it would be foolhardy to expect a quick economic recovery.

“The labor market has suffered a catastrophic shock, and the next 100 days are going to be dark for millions of workers in the United States,’’ Hallock said. “The economy and the labor market came to a screeching halt in the last 60 days, more quickly than any time in recorded history and, unfortunately, there is absolutely no way the recovery will be as rapid.

“Even if a cure for COVID-19 were immediately available, and we know it is months or years away, the fear and unease from such a shock is going to lead many businesses to be more careful with investing and many workers much more careful in spending. More companies will fail, and more people will lose their jobs.’’

Amid such a bleak forecast, there may be some positive developments on the work front. Many of those who have retained their jobs have been working from home, and analysts say that’s bound to continue out of both convenience and necessity as employers try to provide more spacious workplaces.

Fewer commuters may in turn help ease the burden on mass transit systems – a major piece of the reopening puzzle – and diminish the deleterious impact on the environment of people driving to work.

Marissa Shuffler, associate professor of industrial-organizational psychology at Clemson University, said the telecommuting arrangement forced upon employers by the pandemic will lead to more workers being granted that option in the future. She believes companies and employees alike will benefit from that in the form of more effective work practices and a better work-life balance.

Shuffler cites workplace meetings as an area of much-needed efficiency that is being revised.

“We have started to more carefully scrutinize our meetings, with many being transitioned to other mechanisms (email, recorded video, shared file) that actually are better suited for efficiently conveying information and achieving goals,’’ she said. “Once we get back to our more ‘normal’ work settings, it is likely that we will continue these practices.’’

Will schools be able to reopen?

The challenge in reopening schools at all levels may be more complex, especially when considering the difficulty of keeping children a safe distance from one another. On college campuses, the traditional housing setup of cramped dorms is bound to face adjustments to prevent contagion, if universities open at all.

The Cal State system, the nation’s largest for four-year public universities with more than 480,000 students, announced May 12 that virtually all of its fall classes would be conducted remotely.

The CDC guidelines for schools are similar to those for businesses regarding social spacing and cleaning, in addition to requiring the ability to conduct health screenings for students and employees and establishing protocols for when any of them get sick.

Alternating days of in-person instruction, temperature checks, staggered meal times, separated desks, some online teaching and the widespread use of masks all figure to be part of the picture at most school levels in the fall semester.

Boston College is among the universities that will have to grapple with whether to house students in dorms in the fall.

Dr. Peter Gulick, an infectious disease specialist at Michigan State University, advocates a gradual reopening for society in general, though he points out more will be known about possible treatments for COVID-19 by the time schools are supposed to be back in session.

“We will still not have the therapy for prevention or a vaccine in 100 days, so essentially nothing changes as far as prevention,’’ Gulick said. “I feel strongly that those who are high-risk should practice strict precautions until things get more stable. Remember, we thought kids were not getting infected, and now suddenly there is an inflammatory condition – very much like Kawasaki disease – affecting children that we now know is COVID-19-related.’’

There are other pressing questions about reopening schools that need to be addressed, such as the safety of faculty and staff, who interact daily with students.

Hwaji Shin, who teaches sociology at the University of San Francisco, expressed concern about college employees feeling financial pressure to work in risky conditions, especially at a time of budget cuts prompted by the floundering economy.

California Gov. Gavin Newsom has proposed a revised budget that would include $19 billion less in guaranteed funding for public schools and community colleges than was projected in the flush days of January.

That’s hardly the ideal setting for teaching the next generation how to prosper in the post-COVID world.

Our biggest challenge to this end is not the virus itself,’’ Shin said, “but the social inequality created long before the advent of the COVID-19 global pandemic.’’

Who will suffer the most?

Shin is among many who are convinced minorities and underprivileged people will suffer much of the brunt of the pandemic as a disproportionate number of African Americans and Latinos die from the virus.

Other analysts point to the pandemic as further exacerbating the country’s deep political polarization. A recent Gallup poll showed Republicans are much less likely to isolate themselves, adhere to social distancing guidelines and wear masks to avoid spreading the virus than Democrats.

Bay, the Chapman history professor, said the anti-lockdown protests in many parts of the U.S. – with some demonstrators in militia gear – and the refusal by some citizens to follow government guidelines raise questions about Americans’ willingness to adapt to the harsh realities imposed by the coronavirus.

“People can’t even take a month of shelter in place without thinking their rights are being fundamentally violated,’’ Bay said, adding that bridging the divide between preserving individual freedoms and respecting government mandates will be crucial in the response against the virus.

“That’s going to be another battle,’’ he said. “You want to be hopeful, but you look around at the state of the union, and it’s not necessarily promising.’’

This article originally appeared on USA TODAY: Coronavirus deaths US: 100,000 people have died. When will it end?