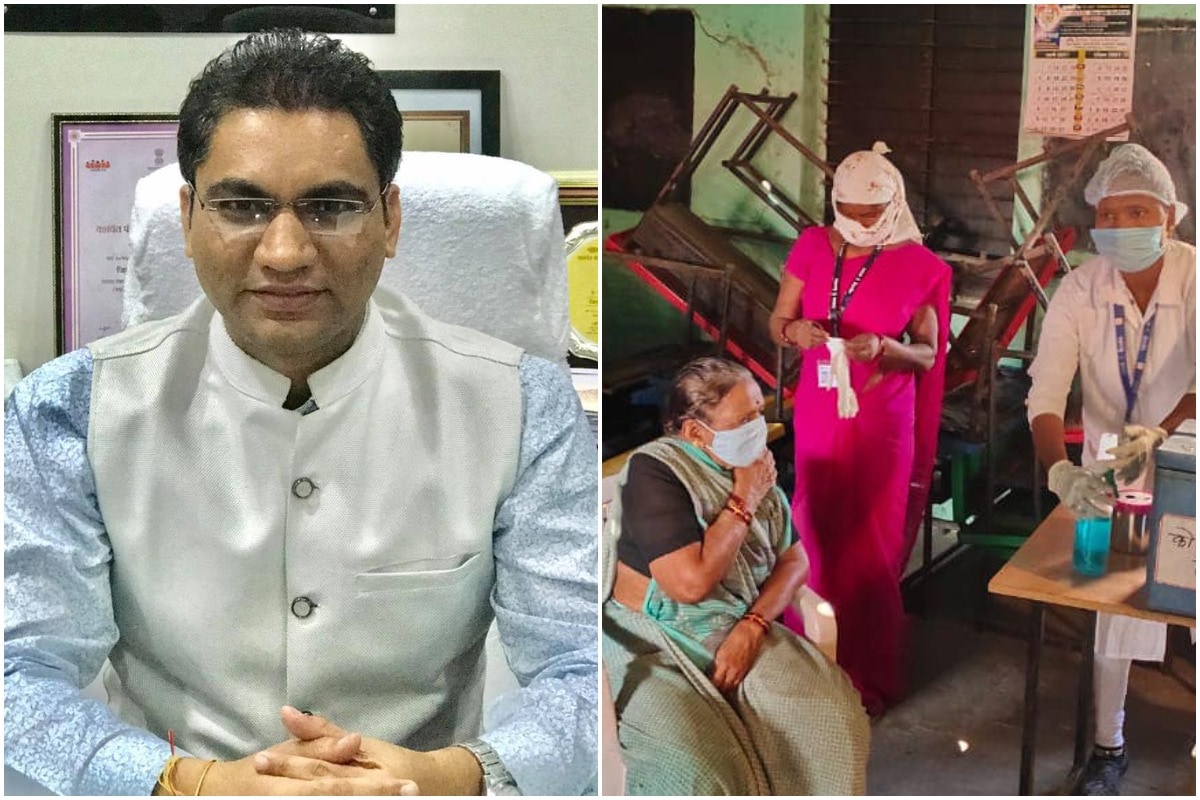 Even as India battles one of the severest surges of Covid-19, an IAS officer-in-charge of Maharashtra’s Nandurbar district has been earning praise for his successful handling of the second wave. The tribal-inhabited Nandurbar district in Maharashtra, with a population of nearly 16 lakh people, has managed to meet the logistical requirements of the district’s residents at a time when the rest of the country is struggling to find hospital beds and oxygen for treating Covid-19 patients. According to reports, the district currently has 250 vacant beds and two separate oxygen plants that can produce up to 2,400 litres of oxygen per minute.

The credit for the success goes to doctor-turned IAS officer Dr Rajendra Bharud who is the Collector of Namburdar. The district did not always have oxygen plants. Since the first wave of the pandemic and ensuing lockdown last year, Bharud anticipated a second wave and decided to build the plants. The former doctor started to work on in construction of the plants as soon as the number of cases fell and symptoms disappeared in September 2020.

The 2013 batch IAS officer had realised that the tribal-dominated district lacked such a facility and dependence on other places for the supply would be a bane in case the COVID-19 count rose, as is evident now.

The district administration installed two more plants, one at the civil hospital and another in Shahada town of the district — costing Rs 85 lakh each — this year in February and March, respectively.

The Nandurbar administration encouraged private hospitals to follow suit and they also set up two oxygen generation plants, Bharud said. Despite rising positive cases as well as deaths due to Covid-19 in Maharashtra – one of the worst affected states in the pandemic’s second wave – Namburdar has managed to maintain adequate supplies of oxygen and other logistical healthcare services not only for its own residents but is also catering to patients from other states like Gujarat and Madhya Pradesh, the Hindustan Times reported.

“In all, the five operational plants in the district now produce 48 to 50 lakh litres of oxygen a day,” he said.

The district administration is working on setting up two more plants, the official said.

“The chief trigger behind setting up the plants was that we did not have such a facility in the district till last September and we did not want to be dependent on others to fulfil our requirements,” he said.

Nandurbar has a total of 1,250 oxygen beds. Of these, 250 are vacant at present, informed the collector, who is a former student of Mumbai”s KEM and Seth G S Medical College and hails from Sakri taluka of Dhule in north Maharashtra.

“The district is not facing any problem as such at present when it comes to oxygen requirement. Overall, the situation is balanced,” he claimed.

He also said Nandurbar is the “only district in the state at present to use railway coaches as isolation wards” The district administration has pressed into service 30 ambulances for the smooth movement of patients and has also asked big gram panchayats to buy their own ambulances to facilitate patients, he said.

The collector further said the district administration has 16 mobile vaccination teams, which carry out registration a day in advance and an inoculation session is conducted the next day by visiting the area concerned.

Through its meticulous handling of the crisis, the district managed to slash infection rates by 30 percent.

(With inputs from PTI)